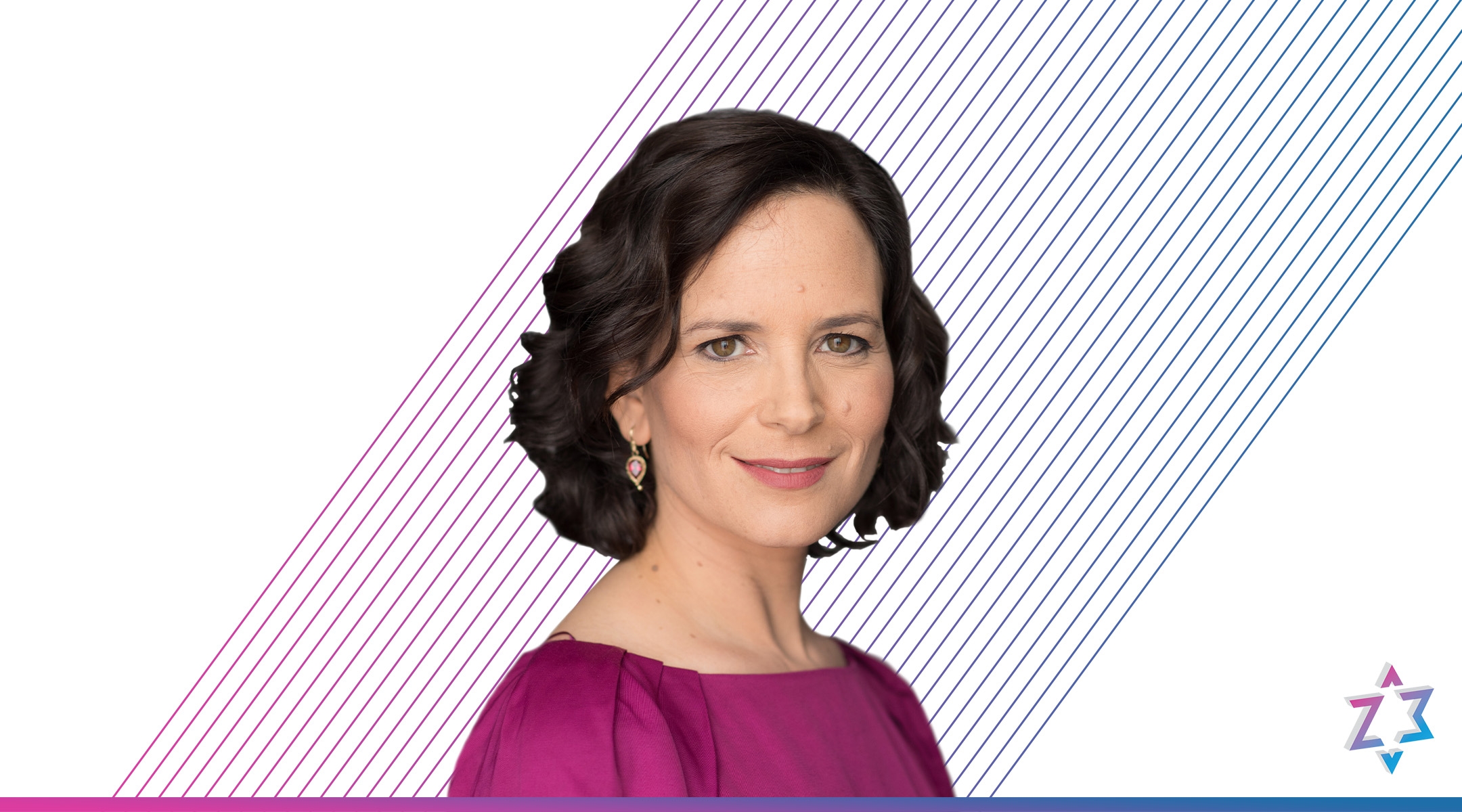 Rachel Azaria literally wrote the book on social change in Israel. Her Guide to the Revolution is about how to successfully launch a campaign or protest movement and keep it focused on actual results. She knows what she’s talking about as she has led campaigns for the environment and women’s rights. Azaria has also served as deputy mayor of Jerusalem and was a member of Knesset.

While she is left of center in Israeli politics, she works under a completely different set of assumptions than progressives in the Diaspora, who often have to deal with colleagues who demonize Israel from the left. In fact, many progressive Jews are being chased out of activist spaces in the United States over their support for Israel. It is more difficult for a Jew to be active on behalf of the environment or women’s rights in the United States because anti-Israel bias always seeps into the conversation.

Z3 talked to Azaria about some of these differences; how to bridge them; and her beloved Jerusalem, as both a symbol for world religions and as a place where real people live.

American Jews are well-known for taking up social justice causes. But sometimes, they feel alienated because many of those causes become anti-Israel. How can people in the diaspora rally for social change without it devolving into something ugly or about questioning Israel’s existence?

I think Israelis have a hard time understanding that kind of question. Because to us, one has nothing to do with the other. I mean, when we’re talking about the environment, we’re talking about the environment. And I’m the chairwoman of the umbrella organization of 136 environmental organizations in Israel. Some people try to put these issues together. From the left wing, they say that the occupied territories are a part of environmental justice. And then also, from the right wing, there are people that say there are other nations around us that are trying to pollute us. I think in Israel, people just don’t have that kind of perspective.

Maybe that’s one of the big differences between the left in Israel and the left in the United States, where these things are lumped together. It’s a source of frustration among many left-leaning Jews.

There’s a word for it in English, intersectionality. The way I perceive it is that if it helps the campaign, it’s always good to create coalitions and solidarity and bring different campaigns in, but it can’t be a way to exclude a campaign. As I preach in my book, I say don’t get into ideological arguments; we have to focus on the goal. And I think that’s what happened for many years in American. Like Martin Luther King—people had joined him even if they didn’t think exactly like he thought. He was welcoming solidarity groups, even if they didn’t think exactly like he did, or even if, in other issues, they had a different perspective. And I think that is, that’s very important if you want to accomplish anything in your campaign for social change.

Can you give an example of a successful social protest movement in Israel?

The environmental movement in Israel is very successful. Once, you were allowed to build 100 meters from the beach; that’s illegal already in Israel. There was a very big campaign with climate change. We’re working toward a climate bill in Israel. As far as women’s rights, we have very good legislation in Israel due to campaigns by the feminist movement in Israel. Also, women in the Israeli army—you know, 20 years ago, most positions were locked down for women. I led part of the changes when I was a member of Knesset—a huge campaign for the rights of parents of young babies. Netanyahu left for different reasons, but if you look at Israeli history, we had two prime ministers that left because of social protest.

The social protest movements that you’ve been leading—they don’t get a lot of press in the United States. Americans, in general, really don’t know too much about the left wing in Israel. The stereotype in the United States is that Israel is a right wing country.

Women of the Wall is something that I think people hear about in America. What I discovered is that no one really hears about it when you win. When you’re successful, everyone forgets about it. But as it’s going on, people remember it. We had a big campaign against segregation of women from the public sphere, when women had to sit in the back of the bus, or you couldn’t have posters of women in Jerusalem. That was a big campaign that I was one of the main leaders of. And we’re successful. You know, it’s illegal today to tell women where to sit on the bus or to have separate streets or separate stores or separate everything that we used to have. So I don’t know, I don’t know, to explain to you this difference in what actually happens in Israel and the way it’s being described.

We’re a young country. So we have quite a few challenges. I think the fact that we could overcome so many of them is because that a lot of people feel very dedicated to this country and to thinking, “How do we make the country better? How do we make the world better?”

Let’s talk a little bit about Jerusalem. To the Diaspora, Jerusalem is not only a city, but it’s also a symbol. It’s a symbol for three major religions. As someone who’s involved in the day-to-day governing of the actual city, how do you think Jews around the world should think about Jerusalem?

First of all, Jerusalem is just a beautiful city. We have great weather. It’s just a very exciting, vibrant city. Also, Tel Aviv is very exciting and vibrant, but we’re so holy. I think that we have a responsibility in that Jerusalem is not only the capital of Israel but also a city that’s open for all religions, and specifically, Jewish communities around the world will feel very comfortable in the city.

Unfortunately, it makes the news in negative ways, too. For example, yesterday’s terrorist attack. Is that a true picture of what Jerusalem is day to day? Or is that an anomaly?

Jerusalem is a huge city in Israeli terms. We have almost a million residents. But Israel is a small country, so anything that happens here happens to everyone. So the terror attack that we had in Jerusalem just a couple of days ago, it was heartbreaking. I was reading something about how Jerusalem is on fire, but I went out to take my dog on a walk. I think it’s always important to remember that there are specific areas that are more challenging, but everyone here lives their everyday lives. It’s very tragic when we have to deal with waves of terror. We hate it. We truly hate it. But sometimes we have to deal with it. But at the same time, we just have our everyday lives like everyone else.

Which part of your career are you focusing on next?