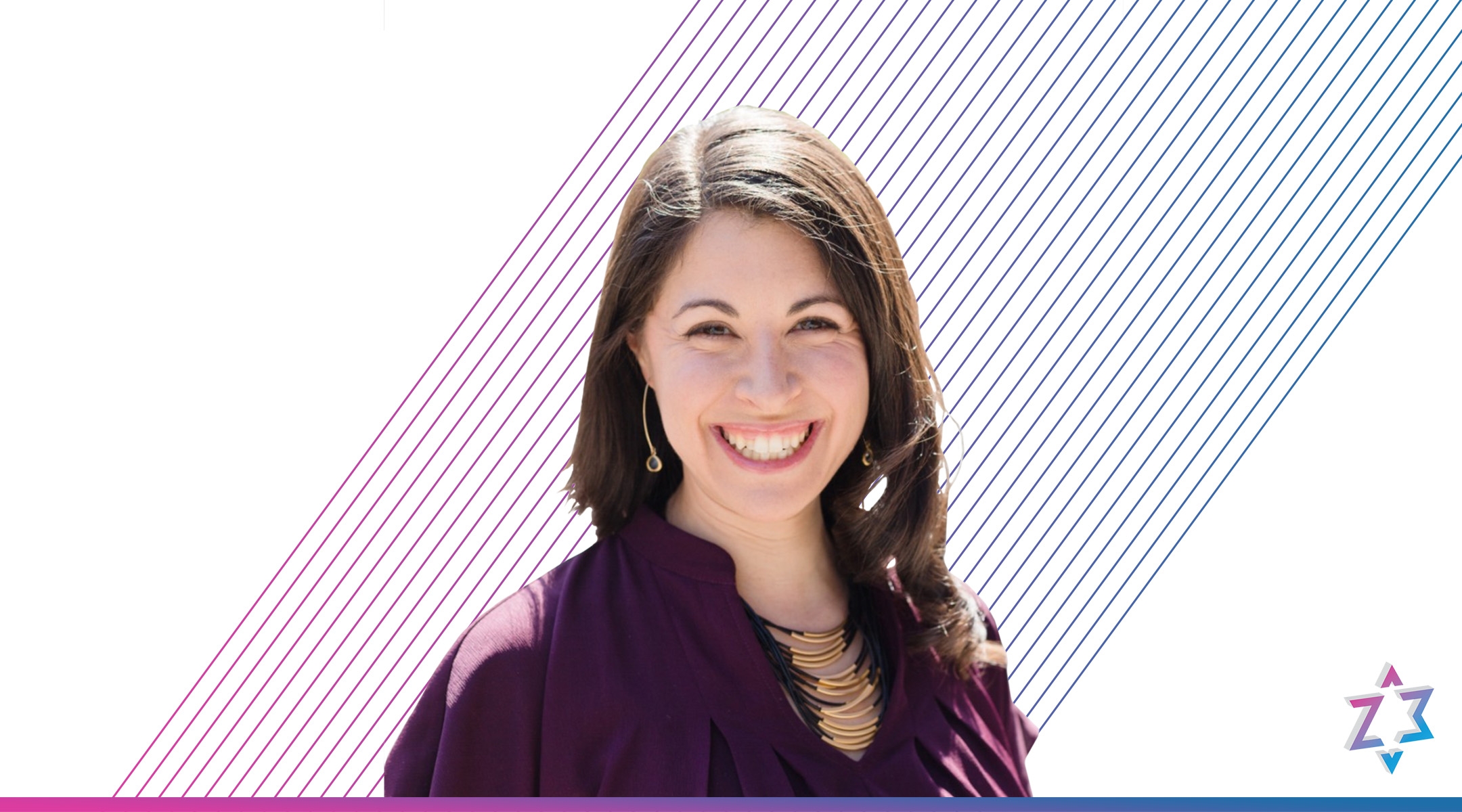 American rabbi Shira Koch Epstein is an expert in the field of Jewish peoplehood. As the executive director of the startup The Center for Rabbinic Innovation, she helps train Jewish clergy and spiritual leaders to meet the needs of contemporary Jewish communities, “especially those who might otherwise sit at the margins of Jewish life, which is potentially a majority of people who identify as Jews,” she described over the phone.

Koch Epstein, whose scholarship and teaching also cover the relationship between American and Israeli Jews, has served on the faculty of the Shalom Hartman Institute of North America. One of her projects there included looking at how the history of and responses to Zionism could be traced through prayer. “Prayer is one of the public ways that Jews, in groups among each other, express their relationship with Zionism and Israel,” Koch Epstein explained.

Before running The Center for Rabbinic Innovation, she served as a congregational Rabbi educator, and then as the executive director of the 14th Street Y in Manhattan, a popular community center and hub of Jewish cultural projects like the arts fellowship LABA.

In the interview below, Koch Epstein shares insight on the challenges of being a contemporary rabbi, and a fundamental difference between what Israeli Jews and American Jews think will keep them safe.

Tell me about the Center for Rabbinic Innovation. Who are you and what are the community needs you’re addressing?

It’s a project that works to train and support clergy – Jewish spiritual leaders, rabbis, cantors – as they build the communities that they will serve. According to the most recent Pew study, a large majority of Jews never or rarely attend synagogue. But the majority of American rabbis are trained to serve synagogues. There is currently a mismatch between necessary skills that rabbis need to have to build relationship-driven communities with the majority of American Jews and what they’re trained to do in seminary. Jewish clergy and rabbis have outsized impact on Jewish community, in terms of the relationships they build, the Torah that they teach, and the symbolic positions that they hold. As we say, the title Rabbi no longer comes with Jews in the pews. We need to teach rabbis to actually reach out and find people, understand their needs, and work with those people to build the communities and projects that will connect them deeply to Jewish tradition, narrative Torah, and help imbue their life with meaning, purpose, and connection.

Whether those be startup skills, whether those be community organizing skills, rabbis need support in understanding how to be authentic while also being strategic around how to build a meaningful community. We teach, train and support rabbis of all denominations to do that.

We’ve worked with rabbis who work with people who identify as Jew-“ish,” who might assume they don’t belong in a mainstream Jewish community, or who feel like they might have a strong disagreement – in their values or politics – with some kind of organized Jewish community. We see data on the younger generations who are less connected. Some of them do identify with Israel, but some of them are actually very frustrated or concerned about what they think the word “Zionism” means. And I’m very interested in conversations that unpack and allow for deeper nuance in what we mean when we say Zionism. How there may be different Zionisms or avenues into Zionism, and how that might be something that listens to and speaks to a broader swath of American Jews.

At this politically volatile time for American Jews, particularly around Israel, many younger Jews are struggling to make sense of what Zionism means historically and what it means today – especially since many associate the term with rightwing settler violence. What guidance would you offer to those American Jews who feel confused?

I feel very strongly about addressing this conversation from a place of values; looking at Jewish values rather than looking directly at politics and asking people to grapple with various Jewish values that have to do with Israel, Zionism and Jewish peoplehood. And then asking the question, how does my understanding and prioritizing of varying Jewish values impact how I think about Zionism and Israel? And using those values as a lens and a frame to start to understand issues. Because you could fight all day about political positions. But if you understand some of the values behind your positions, then you can take a step back. And maybe you can understand that Zionism isn’t just one thing. I happen to be a liberal Zionist, and that is not an easily understood position. Because the word “liberal” is often interpreted in a very specific way; and the word “Zionist” is often understood in a very specific way.

As a rabbi, I’m a Jewish pluralist. And that is theological, not just philosophical. I believe that there is no one way to experience God’s revelation through Torah. There are many ways to read, interpret and understand Torah. Over history and in real time. And if I’m a pluralist and believe that we can understand God’s word more when it is interpreted in so many different ways, how can I make any assumptions that there is only one way to understand or express Zionism?

I do have strongly held moral beliefs that, for me, came out of Judaism, that do lead me to reject certain ways of expressing Zionism. There are things that I am intolerant of because I think they have dangerous implications. So I think it’s important when I say I’m a pluralist to also recognize that there are boundaries to that pluralism.

It’s a great question and there’s a lot of ink spilled on this. You can read all of the data about the polarization in both societies; the different ways that American Jews and Israeli Jews relate to a whole host of issues, from the Palestinians, to religion and state, to any specific political topic.

But one of the things I see is that Zionism is still a relatively young ideology in the history of American Jewry. In fact, political Zionism is a lot younger than the American Jewish project. American Jews have been welcome in the US since the 17th century, in terms of the freedom to practice Judaism as we wish. So American Jews for many generations have lived in a society that has allowed Judaism to flourish because of the separation of church and state. Because of American democracy, we have thrived in a setting that at least purports to allow us to live as Jews. American Jews tend to feel safe because of the promise of equal rights for people of all religions. I know that’s really complicated right now, and we know that equity and equality don’t necessarily go hand in hand. But American society has been one of the longest Jewish experiences without a cataclysm in our history. That says something – that gives us American Jews a particular understanding of what makes us safe.

Israeli Jews largely experienced cataclysmic events in the 20th century, or the 19th and 20th centuries. Regardless, whether they came from Mizrahi countries, or they came after the Shoah, they largely experienced cataclysmic events, specifically because they were Jews. And what makes most Israeli Jews feel safe? Mamlachtiyut. There isn’t a great translation, but it means “statism.” Having a strong sovereign military and potentially having a certain amount of necessary hegemony to be safe. For American Jews, hegemony of any kind usually means danger. For Israeli Jews, hegemony of some kind means safety. That makes it very hard for us to have the same basic understanding.