William Goldman, who wrote ‘Princess Bride’ and ‘Butch Cassidy and the Sundance Kid,’ dies at 87 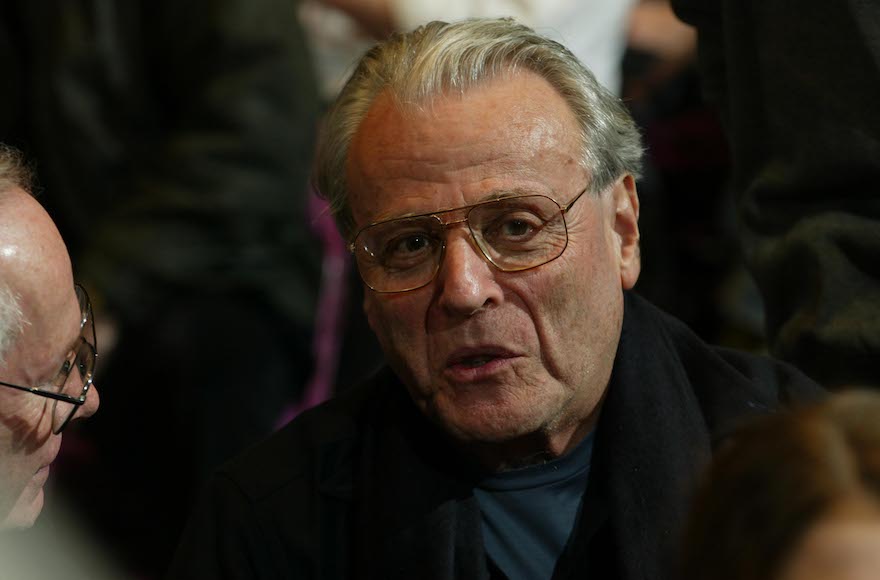 (JTA) — William Goldman, a novelist and screenwriter who twice won the Oscars for his work on “All the President’s Men” and “Butch Cassidy and the Sundance Kid,” died at the age of 87.

Goldman, who was Jewish, passed away Thursday night in his Manhattan home, surrounded by family and friends at the age of 87, friends of his family told Deadline.

Goldman began his writing career as a novelist and later transitioned to writing scripts. As a novelist, Goldman wrote the critically-acclaimed “Marathon Man” and “The Princess Bride,” among others. He later adapted those two novels for film, turning them into box-office hits that are considered classics.

Goldman was born in Chicago and grew up in the suburb of Highland Park, Illinois.

He was married to Ilene Jones from 1961 until their divorce in 1991. They had two daughters.

The post William Goldman, who wrote ‘Princess Bride’ and ‘Butch Cassidy and the Sundance Kid,’ dies at 87 appeared first on Jewish Telegraphic Agency.