Why these 2 nice Jewish girls are skipping school on Friday

(JTA) – We are Jewish middle-school students, and we are extremely worried about climate change.

This is why we, along with other students around the country, are protesting the government’s refusal to act on this important issue by skipping or walking out of school on Friday, March 15.

While we are in middle school now, in a decade or two we will be the adults responsible for dealing with the mess left by today’s government. Our country has the power to make a change and plan ahead before the worst. But now is the time – in 12 years, it will be too late.

We’re not the only ones who are upset. According to the Natural Resources Defense Council, hundreds of thousands of students around the world will be protesting as part of the Youth Climate Strike. We are personally inspired to take action by a Swedish high schooler, Greta Thunberg, who founded #FridaysForFuture and the movement “School Strike for Climate,” and by a New York teen, Alexandria Villasenor, who has protested climate change while skipping school every Friday for the past 13 weeks.

Many American youth want our government to go ahead with the Green New Deal in order to help prevent global temperatures rising more than 1.5 degrees Centigrade. Students around the world also want governments to follow the Paris Agreement on Climate Change and the IPCC report about how to make those policies.

We are also inspired by our Jewish heritage. As Jews, we believe that the Torah can be relevant to today. In Genesis, God gives humans power over everything on Earth. We believe that humans have indeed ended up controlling the planet and the animals that live on it, but not in a good way.

Instead of using the power to protect, humans have emitted toxic gasses into the air, hurting the animals and the planet we were trusted with. If mankind refuses to fix this problem and act on it, more than one-fourth of Earth’s plants and animals could be extinct in 100 years — the very same animals that we, as Jews and reasonable humans, are supposed to take care of.

If that isn’t enough, our ongoing emission of greenhouse gases could cause more disasters, death and disease for humans as well as even more displacement of people. And the past few years have shown just how happy rich countries are to welcome in poor refugees.

But even at a moment when change is crucial, our government chooses to continue to ignore this important matter.

So we decided that if the government won’t do something, we will. We demand that the government act to save our planet. Not later, when it’s too late, but now, while there’s still time. We urge adults to use their vote wisely and protect today’s children. And we urge all teens, Jewish and not, to skip school on Friday for the sake of the planet and our future. 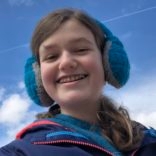 lives in New York City with her sister and parents. She goes to school at Booker T. Washington and is in 8th grade. She loves art, reading and doing puzzles. 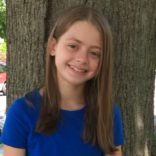 is a seventh grader at the Engineering and Science University Magnet School in West Haven, Connecticut. She lives in New Haven with her three sisters, two dogs, brother, and cat. She loves to play soccer and spend time at Camp Ramah in New England
The views and opinions expressed in this article are those of the author and do not necessarily reflect the views of JTA or its parent company, 70 Faces Media.