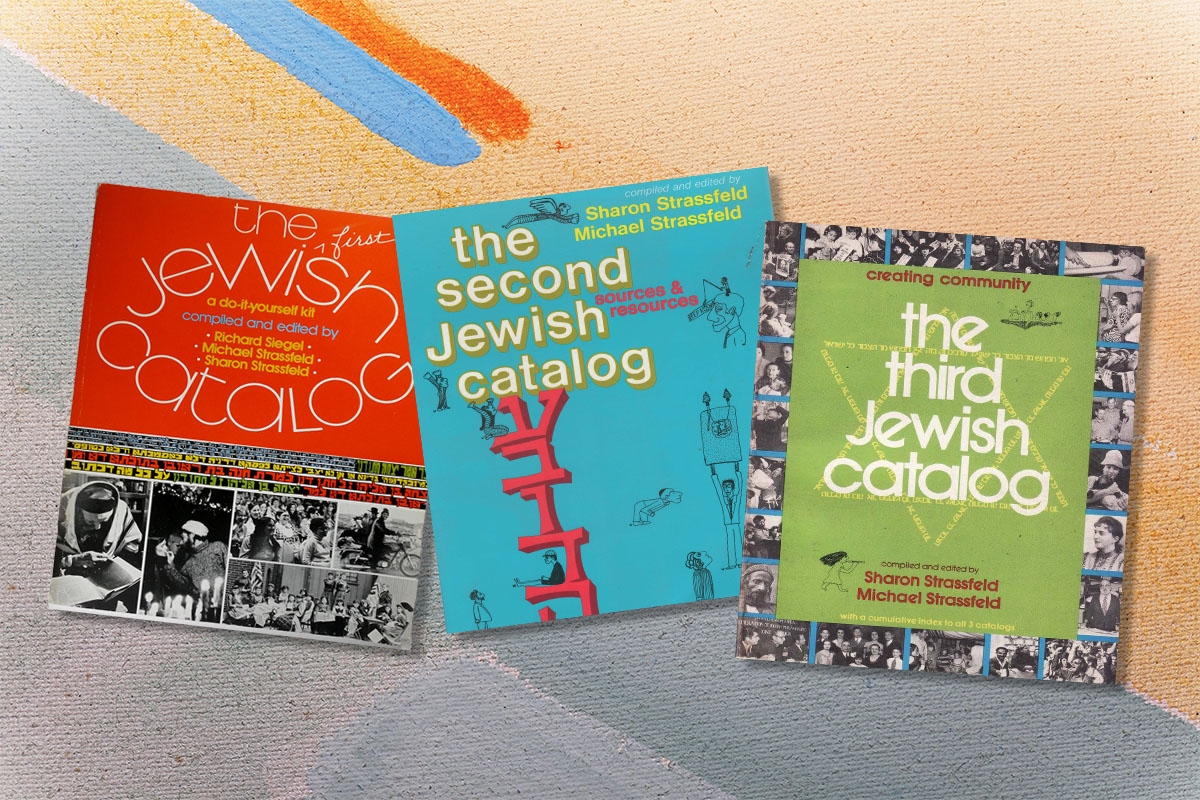 During the 1970s, Michael Strassfeld, Sharon Strassfeld and Richard Siegel were a trio of young Jewish adults who felt isolated from mainstream Jewish life and wanted to find ways to make Judaism relevant to their generation.

Today, many young Jews may feel like there are too many social or financial barriers to synagogue membership, or feel isolated from non-Jewish activist spaces. Many are turning to online resources like Tumblr, Facebook or a plethora of group chats to learn more about Jewish practices and create meaningful Jewish communities.

While I am currently an active member at my synagogue and a teacher at the local Jewish school, I still sometimes feel like the events and activities promoted toward “young adults” aren’t relevant to me, or are outside my budget, or aren’t geared toward my level of observance. Many events turn into day school and summer camp reunions, and since I didn’t have either of those experiences, I get to sit in the corner and awkwardly shove food in my mouth while others talk. And I know I’m not alone.

For the trio mentioned above, their solution was “The Jewish Catalogs.” Published in 1973, 1976 and 1980, these books are just as relevant now as when they first came out. They’re an amazing guide on everything from the basics of attending a synagogue service, dietary laws, Jewish learning and effective activism — and they still serve as an excellent blueprint for a DIY Jewish life.

The Strassfelds and Siegel created “The Catalogs” for young Jewish members of the counterculture who saw mainstream Jewish life as too passive. Do you want to learn how to weave a tallit and tie tzitzit? Check out pages 52 and 55 in “The First Jewish Catalog.”

Want advice on “surviving your synagogue”? That’s on page 306 in “The Second Jewish Catalog.”

Are you the sort of person who feels like God should be begging us for forgiveness on Yom Kippur? The essay “Living After the Holocaust” in “The Third Jewish Catalog” addresses just that feeling.

What if you’re thinking really outside the box and want to do things that will hasten the arrival of Moshiach, the Messiah? “The First Jewish Catalog” recommends beating swords into plowshares and planting trees in the driveway of the U.S. military academy, West Point.

“Get together a minyan and travel up to West Point. Take along ten swords and a small forge. Put the small forge in the main entrance, start it glowing, and beat the swords into something like a digging tool. Dig holes for ten trees, and plant trees in the roadway. Meanwhile, sing ‘Lo yisah goy’ and ‘Ain’t Gonna Study War No More,’ and if any West Pointers stop to see what’s going down, offer them a reworked sword to dig with.”

“The Catalogs” also serve as a connection to the Jewish history of social activism. “The First Jewish Catalog” includes a detailed guide on traveling in the Soviet Union and more or less explains how to smuggle ritual objects into the USSR. In “The Third Jewish Catalog,” there’s a detailed guide on organizing successful demonstrations under the exhortation to “seek no intimacy with the government.”

I’ve discovered that sharing what I’ve found in “The Jewish Catalogs” has helped open up some interesting conversations with older members of my community, including learning about people’s experiences organizing and advocating for Soviet Jews.

While online resources to Jewish life are amazing, I personally can’t access them when I unplug for Shabbat. However, I’ve found poring over “The Jewish Catalogs” is a relaxing way to spend a Saturday afternoon. They are filled with amazing illustrations, including cartoons explaining permitted and forbidden animals to eat according to kosher laws. I plan on using “The First Jewish Catalogs” guide for everything from building my own sukkah next Sukkot to creating my own tallit.

All three of “The Jewish Catalogs” can be found on Amazon or eBay, but there’s a good chance they’re already on a shelf in your local synagogue library. (I got mine when my shul library downsized.) They serve as reminder that previous generations also struggled with creating meaningful Jewish practices with limited resources, or felt frustrated with Jewish institutions (“The First Jewish Catalog” even includes a guide on “Using the Jewish Establishment”).

While Jews can and should continue to seek ways to make the religion more meaningful to them, we don’t need to reinvent the wheel to DIY Judaism because three young Jews in the ’70s and ’80s forged a path for us.