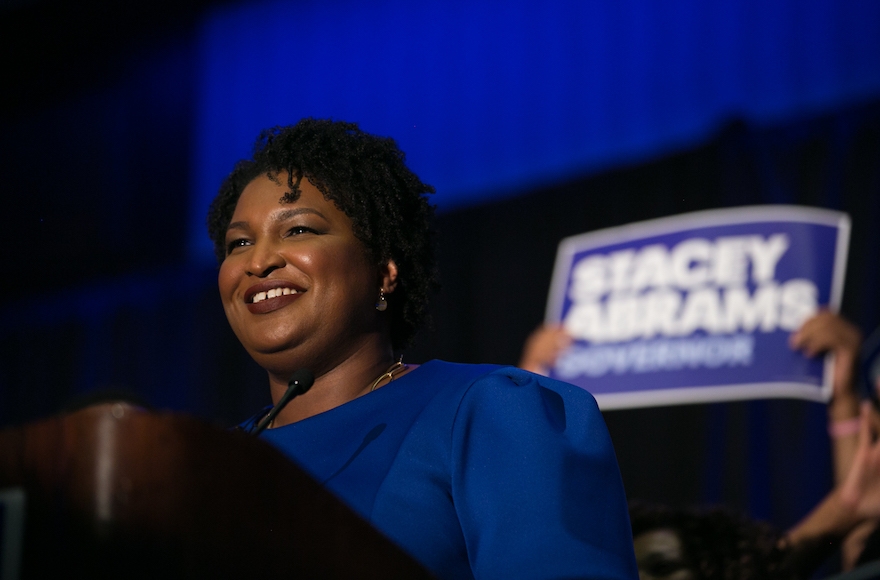 Stacey Abrams at an election night event in Atlanta, May 22, 2018. (Jessica McGowan/Getty Images)

The calls that targeted Georgia voters last Friday said that it is funded by TheRoadToPower.com, which was behind last month’s racist and anti-Semitic robocall targeting Florida gubernatorial candidate Andrew Gillum. The video podcasting site has been called white supremacist and anti-Semitic by the Anti-Defamation League.

The voice on the call imitates Winfrey, who campaigned last week for Abrams in the state. “This is the magical negro, Oprah Winfrey, asking you to make my fellow negress, Stacey Abrams, the governor of Georgia,” the call says. “Years ago, the Jews who own the American media saw something in me — the ability to trick dumb white women into thinking I was like them, and to do, read, and think what I told them to. I see that same potential in Stacey Abrams.”

Abrams is running in a close race against Secretary of State Brian Kemp, who has condemned the robocall.