White powder sent to US, Israeli embassies in Berlin 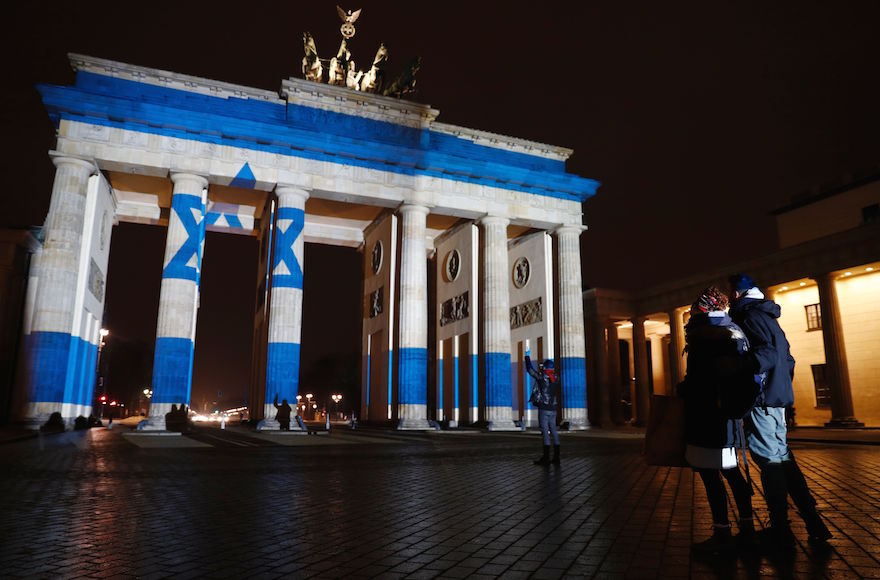 A view of the Brandenburg Gate in Berlin, Jan. 9, 2017. (Odd Anderson/AFP/Getty Images)

(JTA) — Envelopes containing white powder were sent to the American and Israeli embassies in Berlin.

Law enforcement officials said the powder was found to be a harmless, The Associated Press reported, and they are looking at a suspect they believe to be connected to the letters received late last month within two days of each other.

The Israeli Embassy in London received a similar envelope in 2008. A Hebrew hate letter decorated with swastikas was mailed to the Israeli consulate in New York along with an unidentified white powder late last year. Along with the letter written in Hebrew, the swastika-decorated enveloped contained a white powder, which was determined to be non-toxic, according to the report.

Last week, Politico reported that according to German government data, the number of anti-Semitic crimes in Germany during the first half of 2018 increased 10 percent over the same period last year.

The German government increased state benefits for the Central Council of Jews in Germany for the first time since 2011, noting “the rise in anti-Semitism in our society.” Days later, 40 Jewish organizations in Germany signed an open letter calling on the government to confront anti-Semitism.