When Dutch Jews found haven in an anti-Semitic Hungary 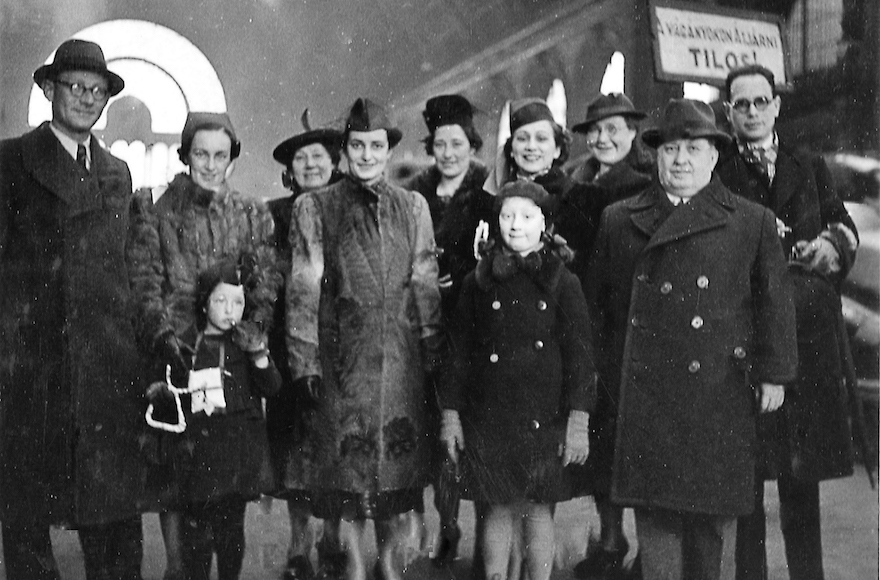 A Jewish family reunited in Budapest in 1943 following the arrival there of family members from Holland. (Courtesy of Willy Lindwer)

AMSTERDAM (JTA) — When her classmates were sent from occupied Holland to death camps, Emmy Korodi and her Dutch-Jewish family were safe in Hungary — one of Nazi Germany’s closest allies.

Her family were among some 90 Jews who, at the height of World War II, survived for the unlikeliest reasons: They fled the Germans and local police in the Netherlands — a country that many people credit for its population’s efforts to save Jews — and found safety in Hungary, a perceived perpetrator nation of the Holocaust.

The story of the Dutch-Jewish refugees in Hungary was told for the first time this year in a documentary titled “The Train Journey” by the award-winning Dutch-Israeli filmmaker Willy Lindwer. The film’s premiere on the Dutch memorial day in May was accompanied by the publication of a book by Lindwer under the same title and generated intense interest in Dutch media.

Coming amid new revelations about Europe’s Holocaust-era record, the film’s story highlights in a striking manner the complexity and ambiguity of the Holocaust in countries with checkered histories.

“Compared to life in Holland, life in Budapest was fantastic,” Korodi, a Holocaust survivor who was a child when her family fled to Hungary in 1942, said in the documentary. “We could go out, there was a wonderful swimming pool between Buda and Pest with hot springs. You’d see there men playing chess in the water.”

Holland’s collaborationist police force left the Korodis alone in Holland and later allowed them to come to Hungary because they were Hungarian citizens under the active protection of Hungary’s pro-Nazi government under Miklos Horthy. Hungarian Jews in Holland were even exempted from wearing the yellow star.

The murder of Hungarian Jewry began in earnest in May 1944, after the Germans invaded and had Horthy replaced.

Horthy defended the vast majority of his country’s Jews from being stripped of their citizenship and murdered, unlike Nazi-allied governments like Italy, Croatia and Vichy France. Nevertheless, Horthy was a hardened anti-Semite whose policies of exclusion earned Hungary its reputation as one of Europe’s most anti-Semitic nations. Years before the Nazis’ rise to power, Hungary under him became the first European country to implement a quota on Jews in higher education and some professions. 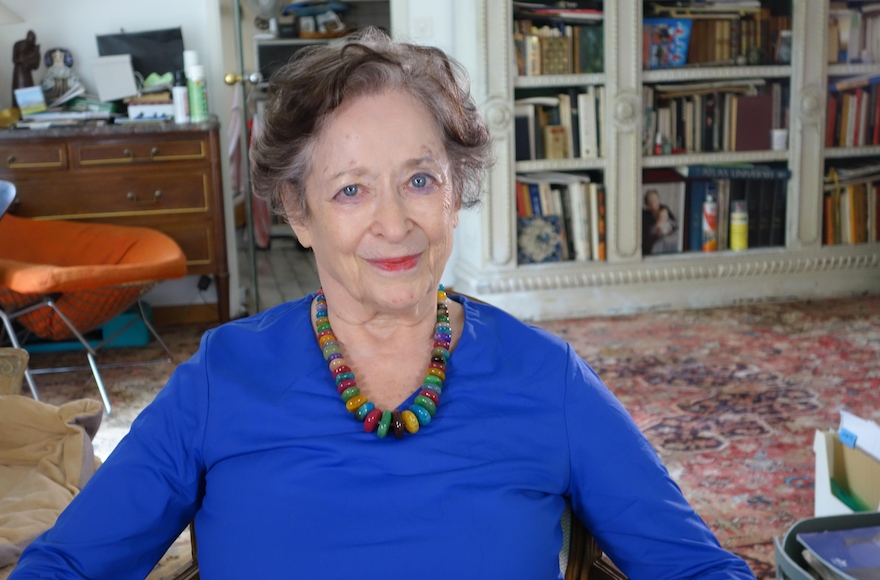 Anki Tauber is among 73 Jews from Holland who survived the Holocaust in pro-Nazi Hungary. (Courtesy of Willy Lindwer)

His policies led thousands of Jews to leave Hungary — including for Holland. One of them was Korodi’s father, a retired army officer who set up a business selling dentures in the Netherlands.

“When he came to Holland he saw it’s a lovely place, there was no anti-Semitism and after World War I he moved here,” Korodi said of her father.

Meanwhile in the Netherlands, a democracy whose relative tolerance had drawn Emmy Korodi’s father to settle there before the Germans occupied it in 1940, local police and volunteers were hunting for Jews — including Hungarian ones.

In 1942, Korodi recalls Dutch police arresting her and her father briefly — until her mother got them freed on account of their Hungarian citizenship.

As the Netherlands became increasingly dangerous for the Hungarian Jews, their government told them it could no longer vouch for their safety in Holland and arranged special trains to bring them back.

Hungarian-Jewish men, including the ones who returned from Holland, were drafted to special labor units supervised by police and the military. Many died from as a result of the grueling conditions suffered by those drafted. Anyone caught dodging the draft would be summarily shot, sometimes with their relatives.

But at least their children and wives were safe.

Living in Hungary also meant more and better food than in the Netherlands, where some 22,000 people died of famine during World War II.

“We were extremely happy because there was food [in Budapest],” said Vera Gyergyoi-Rudnai, another person who survived the Holocaust by fleeing from Holland to Hungary.

But the overthrow of Horthy in 1944 and his replacement with the Nazi puppet government of Ferenc Szalasi of the fascist Arrow Cross movement again threatened the survival of the 800,000 Jews who were then living in Hungary. Notorious for their thirst for Jewish blood, Szalaszi’s men murdered thousands of Jews in Budapest and helped the Germans transport and murder more than 400,000 Jews from outside the capital in the space of merely six weeks. 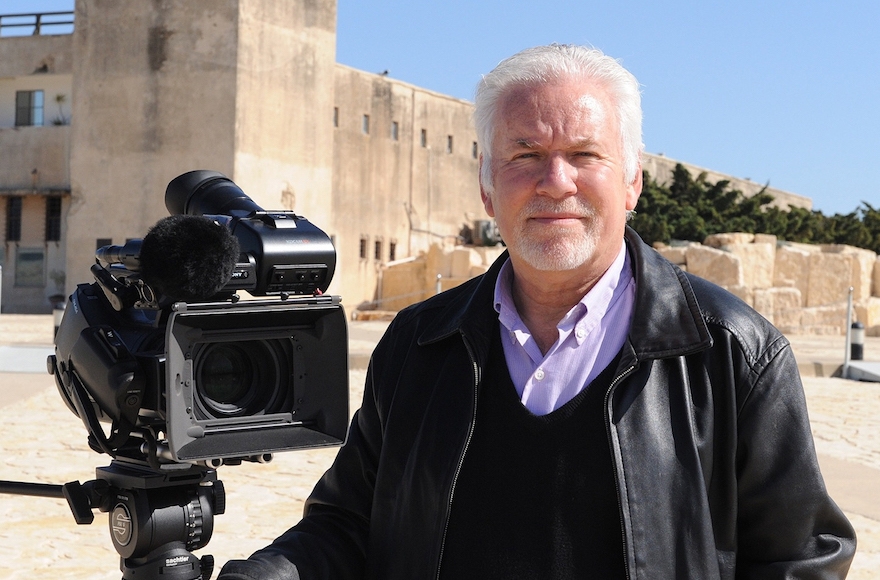 Emmy Korodi in 1944 very nearly became one of the victims of the Arrow Cross, who would mutilate Jews on the street and shoot them in groups on the banks of the Danube river.

Running errands for her family because she was blonde and did not look stereotypically Jewish, she was nonetheless arrested by the dreaded Arrow Cross, who said she had escaped the ghetto.

Normally, any person facing the accusation would be immediately killed.

Korodi remembers seeing the bodies of an entire Jewish family who had been shot by Arrow Cross militiamen and then propped up on a park bench, either as a perverse joke or attempt to terrorize other victims.

Yet she and many of the Dutch refugees were able to survive even that purge thanks to another twist in their fateful story: They obtained life-saving documents from Raoul Wallenberg, a Swedish diplomat who saved tens of thousands of Hungarian Jews by issuing them visas of sorts to Sweden.

“I let them see the Wallenberg papers and they let me go,” Korodi recalls in the documentary, which will next year begin its international distribution, including in Israel and the United States.

Of the 89 Jews who fled Holland to Hungary, 73 survived World War II.

None of them remained in Hungary.

To Lindwer, the story of the 89 Jews who fled Holland to Hungary illustrates how the “sheer complexity and unpredictability” of the Holocaust “defies both sweeping generalizations and popular perceptions,” he said.