What it’s really like for Palestinians at the Israeli checkpoints

BETHLEHEM, West Bank (JTA) – I believe in the Jewish people’s right to live in our homeland. That profound belief has no bearing on the rights of others to live here as well.

There are Palestinians who live and work in the land of Israel, and while I may seldom agree with the positions of their elected officials, the Palestinians are certainly entitled to live their own lives with the same dignity as anyone else.

I also believe in peace, and I deeply wish for peace for all of the Jews and Arabs who share this tiny stretch of land.

Recently I went out of my comfort zone and took a hard look at the things in my backyard that I always knew were there but never thought about.

Every day, over 80,000 Palestinians cross into Israel. Eighty-five percent of them are men who work in Israel. The rest come for medical, educational or other purposes. 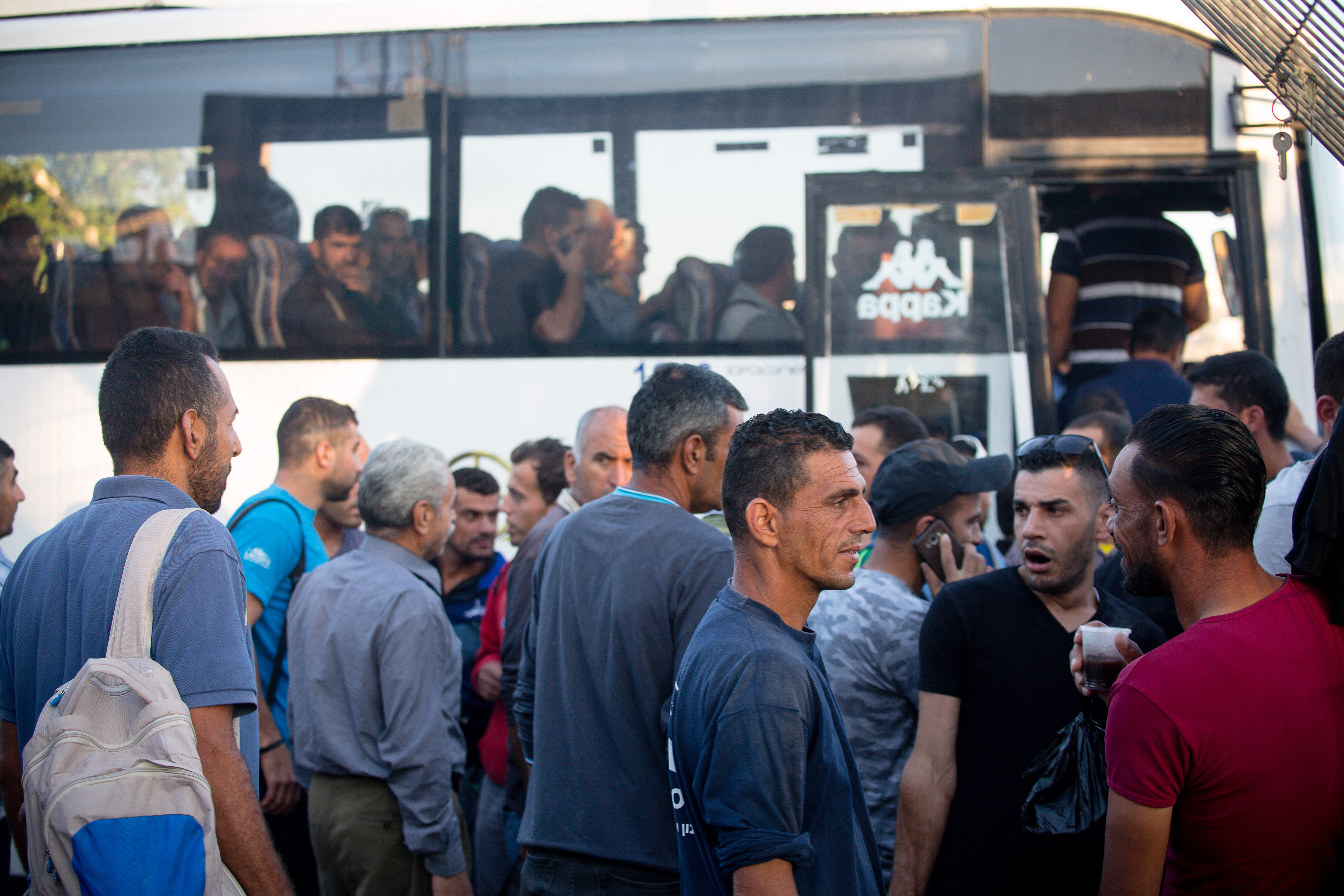 These commuters finally get to board their buses to their final destination. (Laura Ben-David)

Though I knew about the border crossings, I never saw them on my own. I’d heard stories of humiliation and waiting, mostly on the international news. Of course, I know why the crossings exist. I remember the first intifada and lived in Israel through the second one. The news too often featured blown up buses, bombed restaurants and nightclubs that had become scenes of mass casualty.

Because of the diligence of the Israeli army, including careful inspections at crossings and various checkpoints on the roads throughout the West Bank and into Jerusalem, bombs have largely been abandoned and terror has gone low-tech. But it has never gone away. Not long ago, a woman was caught with a knife in a container of Pringles at the Qalandiya checkpoint. Had she not been stopped and caught, she may well have killed someone with that knife.

But still I had questions: Are the crossings really mere security barriers, similar to airports where those with nefarious intentions are caught? Or, as some claim, are they places where Israeli soldiers humiliate the population whose movements they restrict? I had my chance to find out when I went to take photographs at Checkpoint 300, located in Bethlehem near Rachel’s Tomb, mere minutes from Jerusalem, Israel’s capital. Although I see Palestinian workers every day, I never thought about where they come from or what it takes them to get there. In my neighborhood, which is over the Green Line, it is less of an issue since there is no border to cross to get from a Palestinian village into my own. But for the thousands of Palestinians working within Israel proper, the only way to get to work is through one of the six checkpoints into the country. 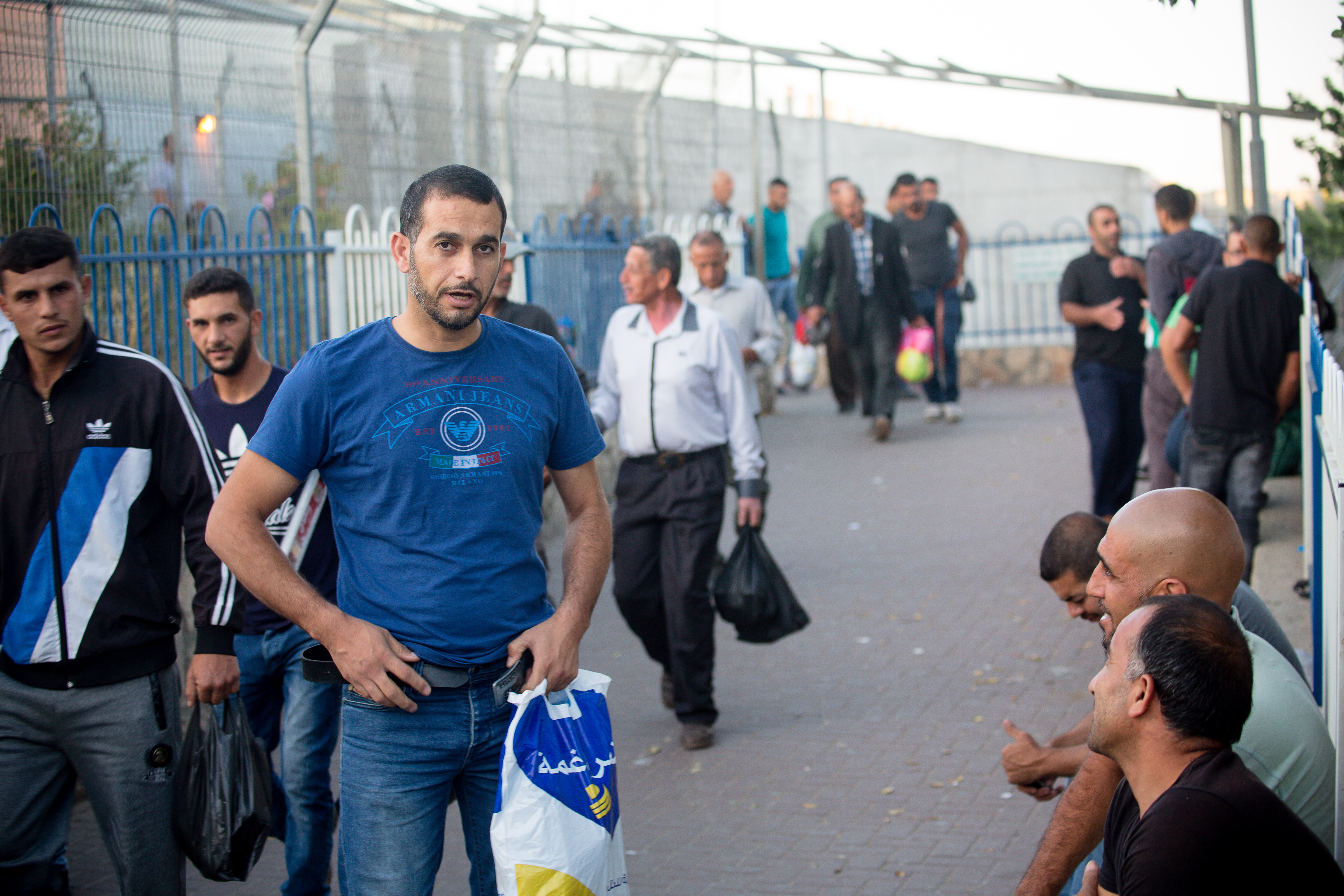 Nearly everyone who comes through the crossing has one thing in common: They’re putting their belt back on after a security check. (Laura Ben-David)

These checkpoints can potentially add many miles onto a commute, not to mention the additional time spent waiting to get through the actual checkpoint, and then waiting for organized transportation, which is the only way Palestinians can get from the crossing to their destination within Israel.

What I was first struck by on that early morning was the mass of Palestinian men, well over a thousand, all milling about. I was told that this was  ordinary. Some were pacing, some sitting, many were smoking or eating. But all were waiting, most with a look of resignation on their faces. 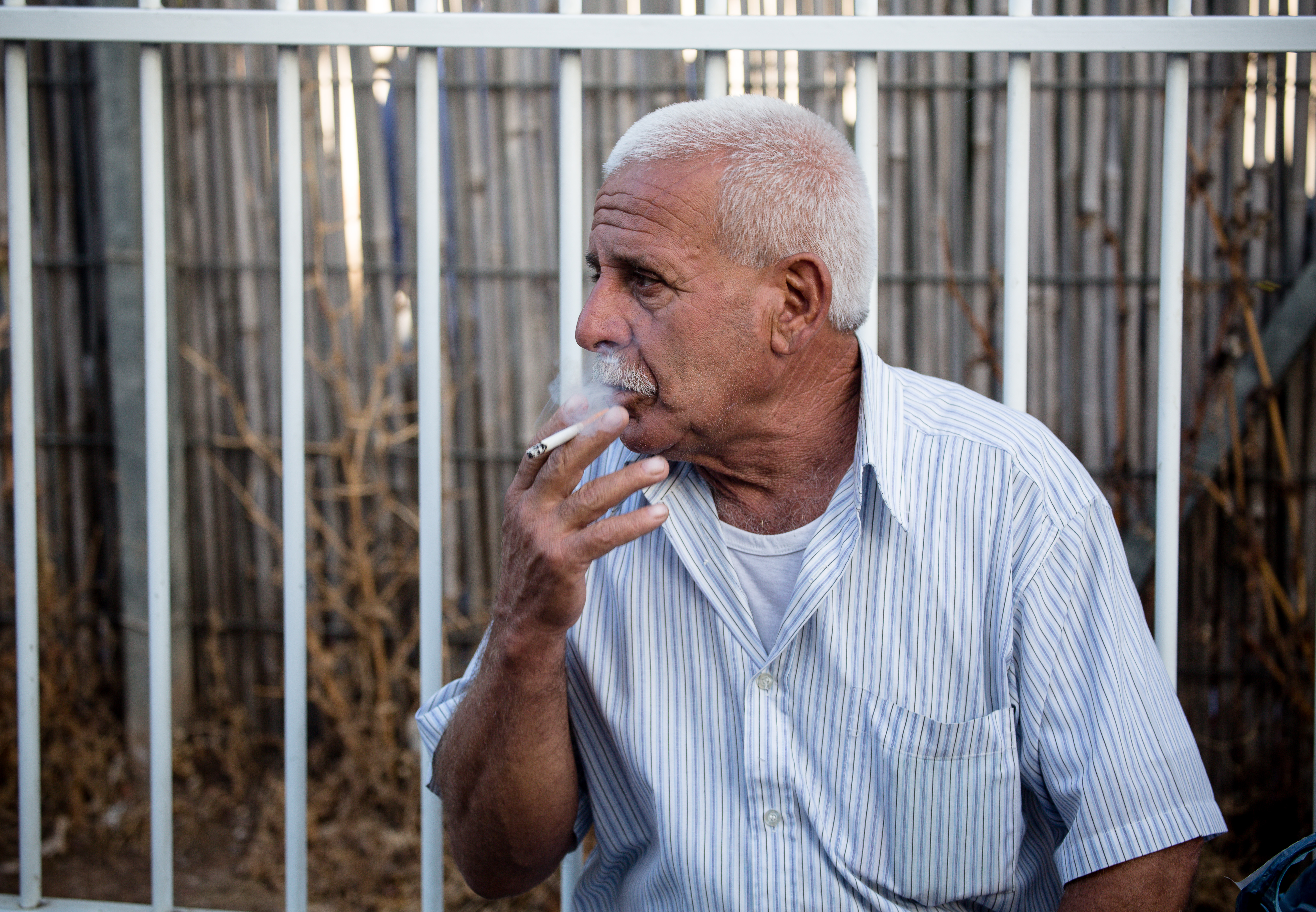 A Palestinian man smokes a cigarette at a border crossing into Israel. (Laura Ben-David)

I admit, I was uncomfortable. I am a blonde, Jewish-Israeli woman, and I was there with a big camera, clearly not a Palestinian looking to cross into Israel.

But I also wasn’t an 18-year-old Israeli soldier staffing the crossing, asking people to remove their belts and scanning their bags – no different from what any security agent would do in any airport or border crossing around the world, mind you, but perceived by many Palestinians as anything from an unwelcome inconvenience to threatening and aggressive. 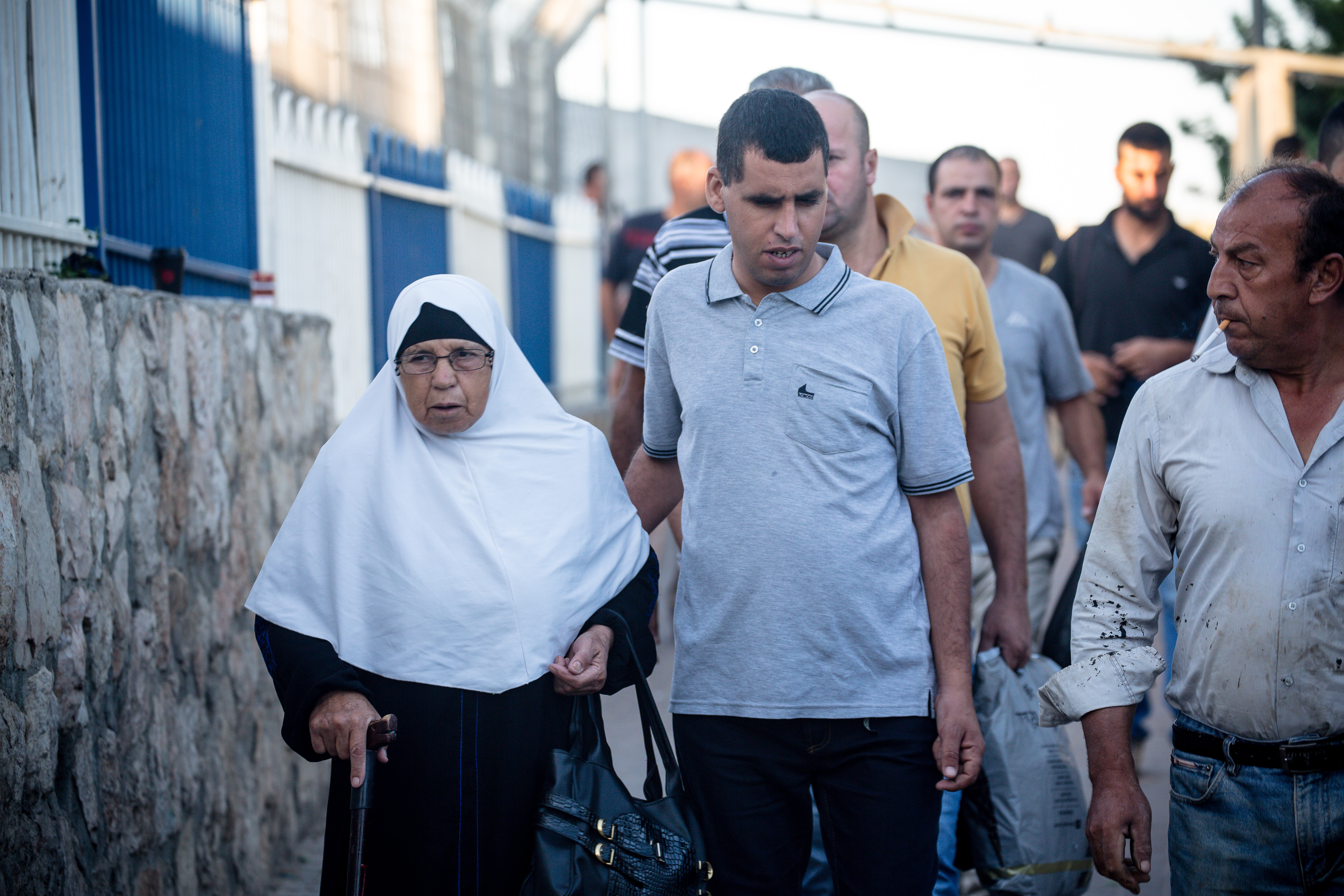 Not every Palestinian crossing into Israel is going for work. Some 15 percent cross the border for medical, educational or other purposes. (Laura Ben-David)

Aside from a few Israeli policemen, the only others at the checkpoint are some representatives from the Institute for Zionist Strategies Blue & White Human Rights program. They come to the crossings that are staffed by Israeli soldiers (other checkpoints are run by private security firms) in the mornings to see the facts on the ground and offer assistance to Palestinians with any issues they may have dealing with Israel. A refreshing sight indeed. 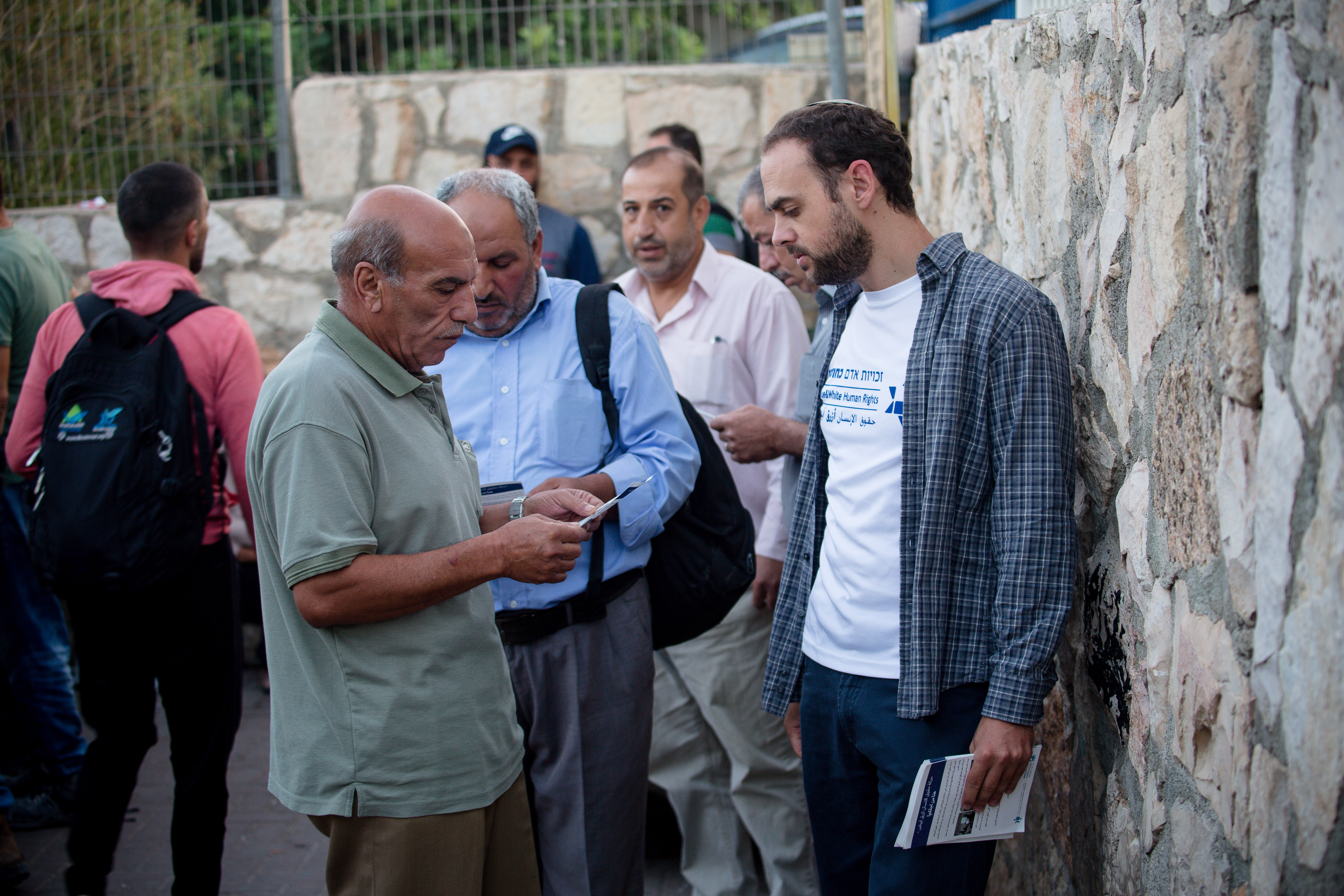 I started photographing the people tentatively, afraid they would be hostile — or worse. I imagined them seeing me as the enemy. Perhaps they did. But once I became comfortable, I found the reactions to my presence ranging from none to mild interest, and even to smiles and posing. I felt no hostility aside from what I projected from my imagination. 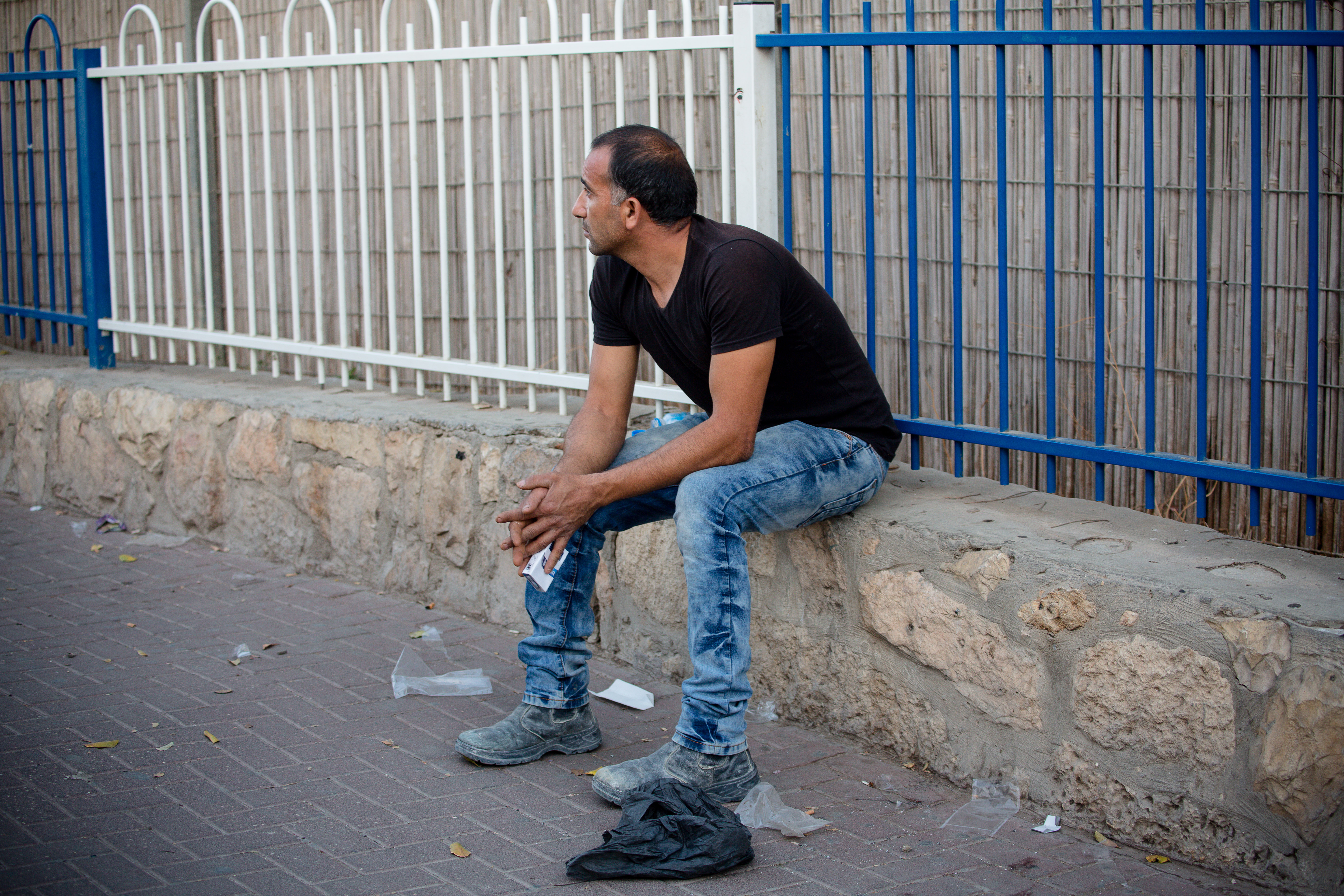 Whatever one may think about the Israeli-Palestinian conflict, it’s important to understand the people and the everyday experiences involved – not just the politicians and leaders. These photos humanize the Palestinians in a way that Israelis don’t often see and force us to see a glimpse of the endless waiting that is their plight. There are few experiences more frustrating, and human, than waiting. I hope that seeing these photos will help others humanize Palestinians – not see them as the enemy or as the victim, but as people just like you and me. 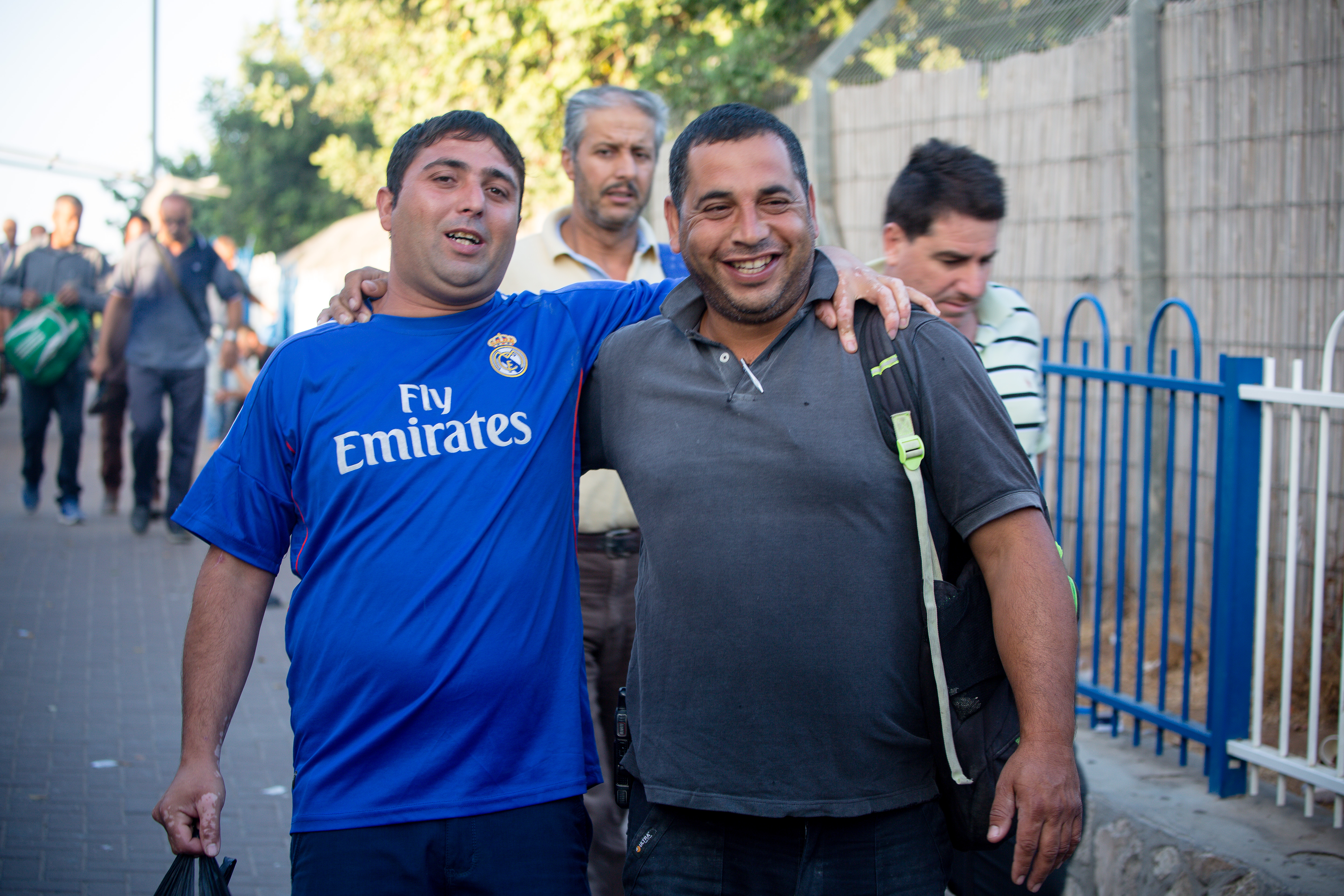 As the commuters passed by, most ignored the blonde stranger who was photographing everyone, but some hammed it up. (Laura Ben-David)

is a writer, speaker, and photographer who lives in Israel.
The views and opinions expressed in this article are those of the author and do not necessarily reflect the views of JTA or its parent company, 70 Faces Media.