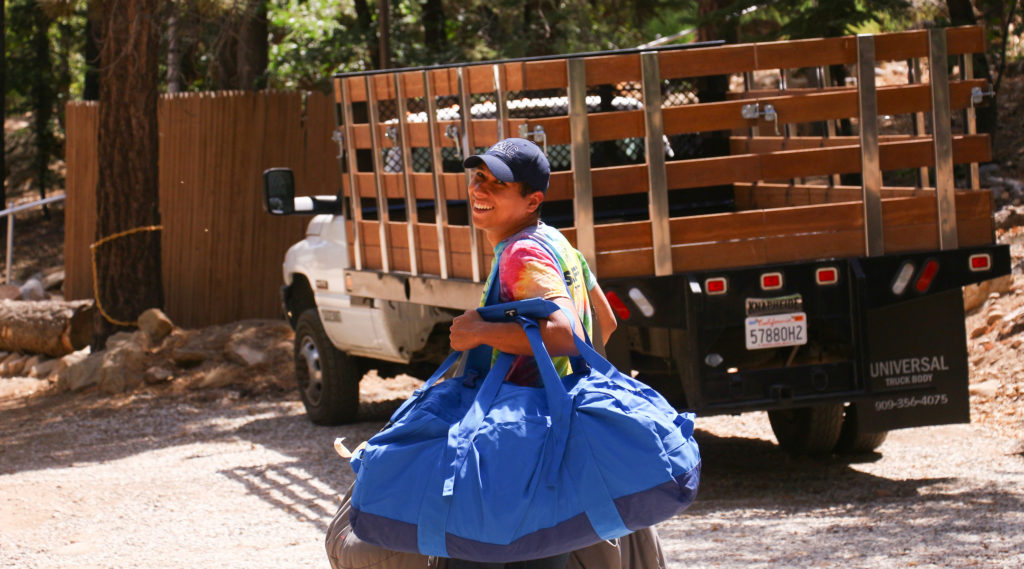 (JTA) — A few years ago, Joe Gurski had never met a Jewish person and knew little about Judaism apart from things he had seen on television. Today the 24-year-old, who lives in Manchester, England, has many Jewish friends and can recite Shabbat prayers in Hebrew.

Gurski, who grew up Catholic but now identifies as agnostic, learned all this while working as a counselor at Camp Wise, a Jewish summer camp in Chardon, Ohio.

“I was able to recite the prayers really well, and I was probably saying them louder than the kids were,” he recalled of his first summer as a counselor in 2015.

Gurski is among a number of non-Jewish counselors — many of them international — who learn about Judaism through working at Jewish camps in the United States.

Jodi Sperling, a senior consultant on overnight camping at the JCC Association of North America — it runs a network of 120 day camps and 24 overnight camps, including Camp Wise — estimates that 5-8 percent of staff at its overnight camps are not Jewish.

Some of the international counselors, such as Gurski, learn about the camps through organizations that match young people with camps looking to hire staff, such as Camp America.

Sperling says that having international non-Jewish staff provides a learning experience both for campers, who are exposed to new cultures, and the counselors.

“[A]n outcome of having non-Jewish staff working at our camps is that our camps then become educators of people who are going out into their communities and becoming advocates of Jews and of Israel,” she said.

Alejandro Padron, a 21-year-old from Venezuela, is an example of such an advocate. The university student, who is Catholic, had some familiarity with Judaism prior to working at his first Jewish summer camp in 2016.

He had learned about the Holocaust and even gave a speech at his school in a ceremony for International Holocaust Remembrance Day. But working at two Jewish camps — Camp Inc Business Academy in Steamboat Springs, Colorado, and Camp Mountain Chai in Angelus Oaks, California — made him want to get even more involved.

Since working at the camps, Padron has started volunteering at the Anne Frank Space, a Caracas-based organization, where he teaches about the Holocaust and tolerance. He said he was motivated by meeting people at camp who were descended from Holocaust survivors.

“To me it’s very natural and a very organic thing to do because I know people [whose relatives] have been through that,” he said.

Prior to working at camp, Padron had only met one Jewish person, so being immersed in the culture was a bit of a culture shock. He remembers arriving for his first summer at Camp Inc and being confused by Jewish rituals.

“We arrived on Shabbat,” he recalled, “so we have the Shabbat dinner and all these celebrations we do at camp. I remember sitting there reading the prayers and being so scared because ‘[What] am I getting into?’”

Now Padron knows the grace after meals, blessings for food and prayers from the siddur — all in Hebrew.

“I really see myself [being] into this ritual and this content and promoting that with the kids,” he said. “It’s so enriching.”

Gurski, who worked at Camp Wise for five years — first as a video specialist, then as a counselor and finally as a supervisor — said celebrating Shabbat was the highlight of his weeks at camp.

“We get to take time to reflect on the week and appreciate what we have and the fact that we’re at camp,” he said. “To me, Friday night services is the time I felt most spiritual.”

Unfamiliar with many of the Hebrew prayers, Plowright found new unique ways of connecting at Camp Tawonga.

“When people were singing these different prayers,” she said, “I would often take time to take the idea of Shabbat, which is a time for reflection, and I would instead say the prayers I would think about my past week and reflect and look forward towards the next week.”

Jenni Zeftel, director of Jewish day camp and strategic programs at the Foundation for Jewish Camp, said that while some families seek all-Jewish camps, others may look for an environment that reflects the diverse communities they live in.

“For camps that are looking to serve that kind of Jewish family or that part of the Jewish population, I think it’s really important that their staffing reflect that approach as well by including counselors and other staff members who don’t identify Jewishly,” she said.

Plowright said her presence at the camp also helped campers — Jewish and not — who were less familiar with Jewish rituals.

“[T]here are kids who go to Tawonga who aren’t Jewish, so I think for them it’s nice to have a face of somebody who was also not Jewish,” she said. “Or there are also kids who also don’t know all the prayers or songs.”

Padron’s experience was a bit different. In fact, many of the kids were surprised when they learned about his background.