What do British Jews look like? Photo project aims to prove they ‘don’t easily fit’ into categories.

LONDON (JTA) — Britain’s Jewish community has been increasingly visible in the media over the past few years, thanks to a confluence of high-profile antisemitism scandals in the country’s Labour party and a rise in antisemitic incidents on the ground.

Keith Kahn-Harris — a sociologist and music writer who also teaches Jewish studies at Leo Baeck College, a seminary affiliated with the Progressive Judaism movement — began to notice that many of the articles he saw about British Jews were illustrated with the same Getty Images photograph: one of two haredi Orthodox men seen from behind.

To Kahn-Harris, the ubiquity of the photo suggested that the media sees haredi Jews as stand-ins for the country’s entire Jewish community — a kind of easily identifiable and slightly mysterious “other.” He tracked down the photographer, Rob Stothard, to learn more about it.

Stothard told him that the image had been taken to illustrate a story about how the United Kingdom was increasing its police presence in London’s Jewish neighborhoods, from 2015. But he also recognized that it had since become the go-to photograph for stories about the Jewish community. 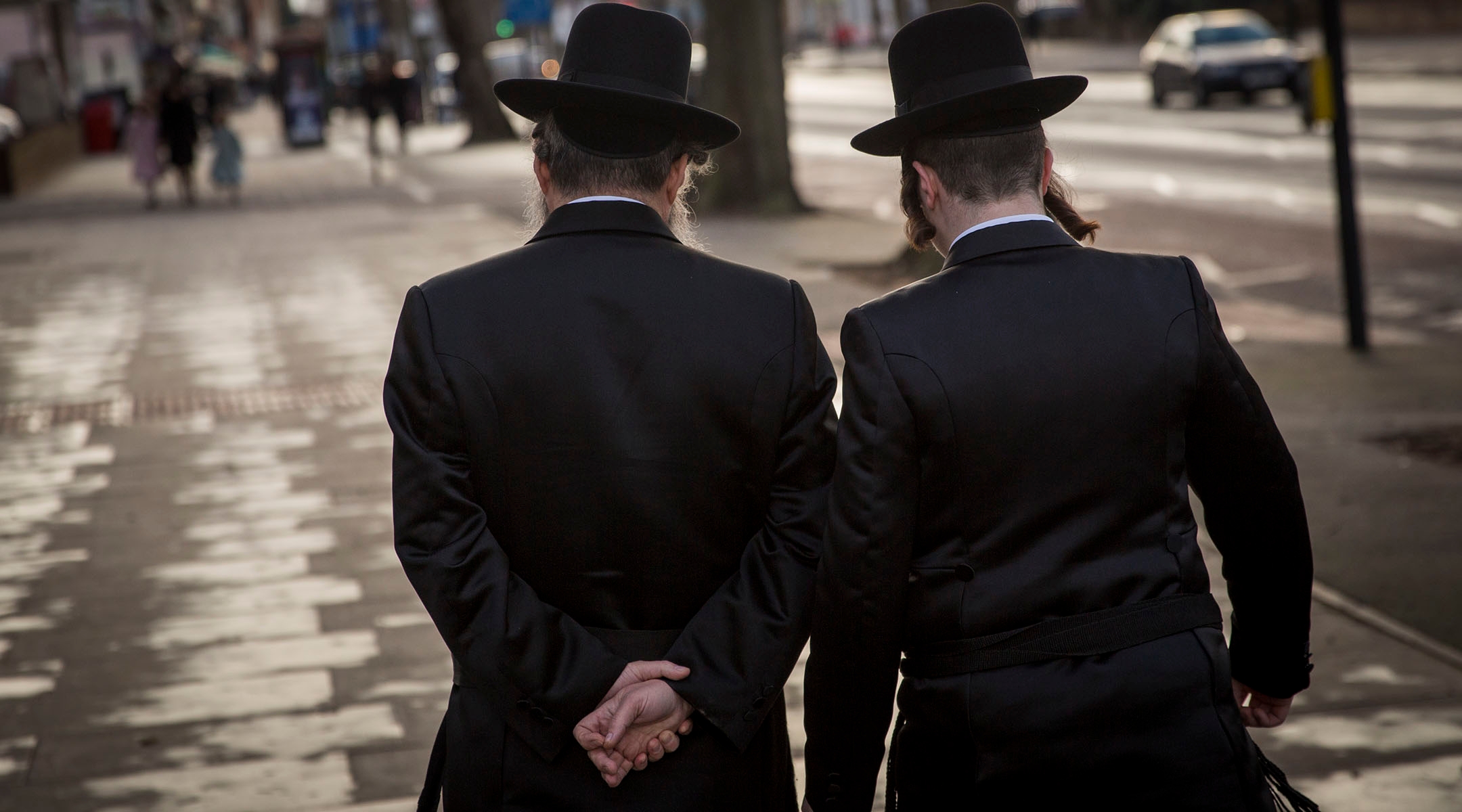 This photo of Jewish men walking in London, Jan. 17, 2015, was what Keith Kahn-Harris began to see in several articles about British Jews. (Rob Stothard/Getty Images)

Stothard, it turned out, shared Kahn-Harris’s concerns about how his work was being used. So in 2019, Kahn-Harris asked him if he would be interested in teaming up to create a new series of photographs of British Jews. Instead of creating general, stock-style images, the duo would create a portrait of the country’s diverse community.

The resulting photobook, “What Does A Jew Look Like,” published in April, pairs Stothard’s portraits of Jews from across the U.K. with narratives written by the subjects themselves that delve into their Jewish backgrounds.

This interview has been lightly condensed and edited for clarity.

JTA: The history of the British Jewish community is quite different from its American counterpart. Could you explain a bit about how Jews settled in the UK?

KKH: It’s quite a settled community. The Jewish community here dates back to the Medieval times. Jews were expelled in 1290 and then, in the 17th century, a small group of Sephardim from Amsterdam were re-admitted. That community managed to assimilate very well and enter the upper echelons of British society. In the last couple decades of the 19th century, the community was massively transformed by an influx of Ashkenazi Jews from Eastern Europe.

This history is important to note because it means that, while antisemitism exists in the U.K., we really haven’t had that eliminationist strain that rose up in the mid-20th century in Europe since the 13th century. Similarly, while there were some refugees who came in the post-war period, the majority of the Jewish community was well established at that point. In the past 20 or 30 years, the community has become more vibrant due to concerns about assimilation and persecution. While we had historically kept to ourselves, we’re now much more willing to take a public stance on issues like antisemitism. 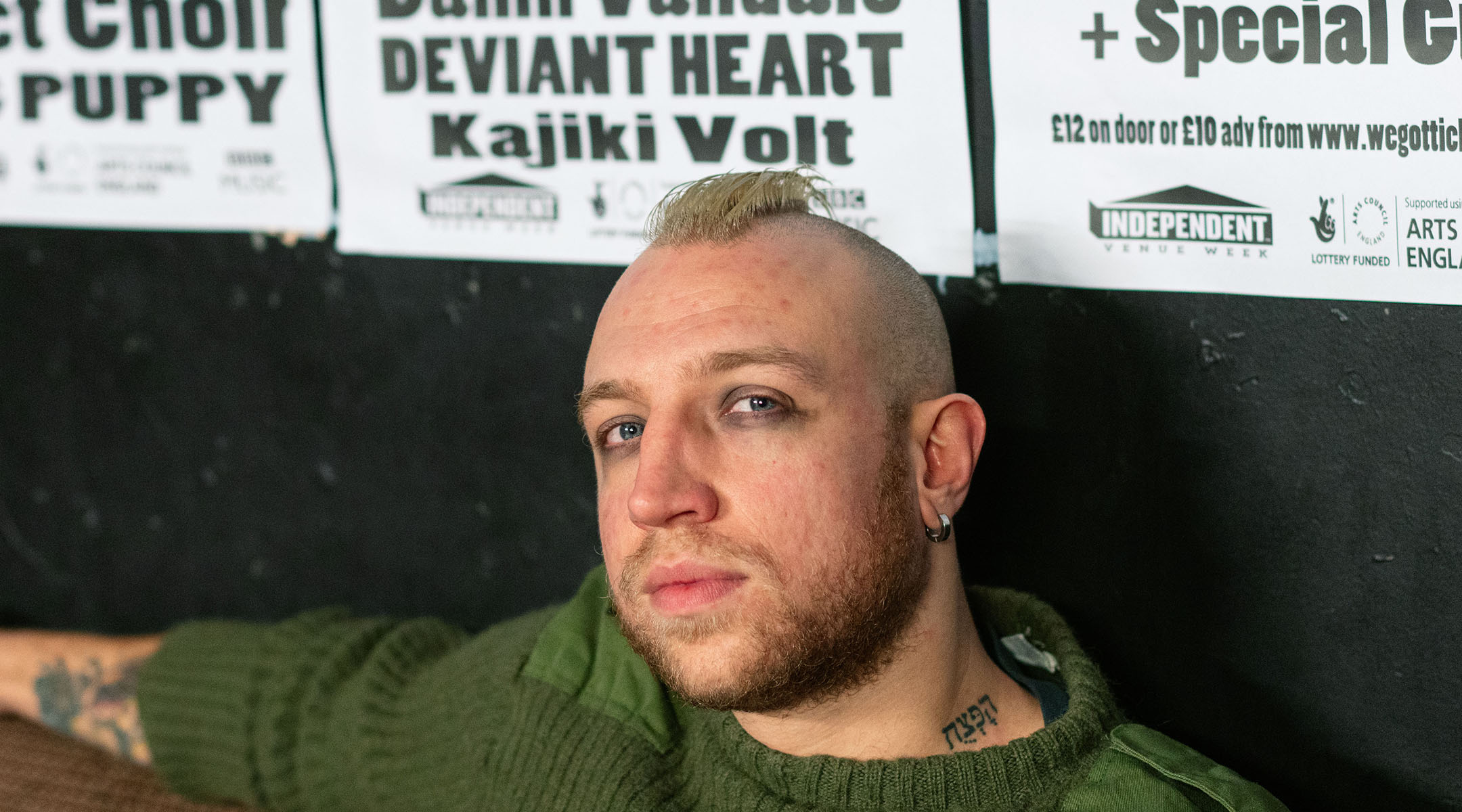 What’s the broader cultural understanding of Jews in the U.K. today? How are they presented in the media?

I think the answer is probably that they’re confused. But I kind of understand that confusion. The British Jewish community is about 300,000 people, and it’s heavily concentrated in a few areas of the country. So vast swathes of this country don’t encounter us on a day to day basis, except perhaps in the media, which shows a particular slant on Jewish life. That tends to either be content about antisemitism, which is often illustrated with images of haredi Jews, leading people to think that they are somehow the most “authentic” Jews. Or you see completely secular Jews in sitcoms like “Friday Night Dinner.” What gets lost there are Jews who aren’t Ashkenazi, who are practicing but aren’t haredi — that includes Modern Orthodox Jews, as well as Liberal [the UK equivalent of Reform] — and you miss out on seeing Jewish women.

Then there’s also the fact that we don’t easily fit into traditional categories of religion or ethnicity, because we’re both. Representations of Jews therefore tend to be those that can unambiguously represent one of those categories. 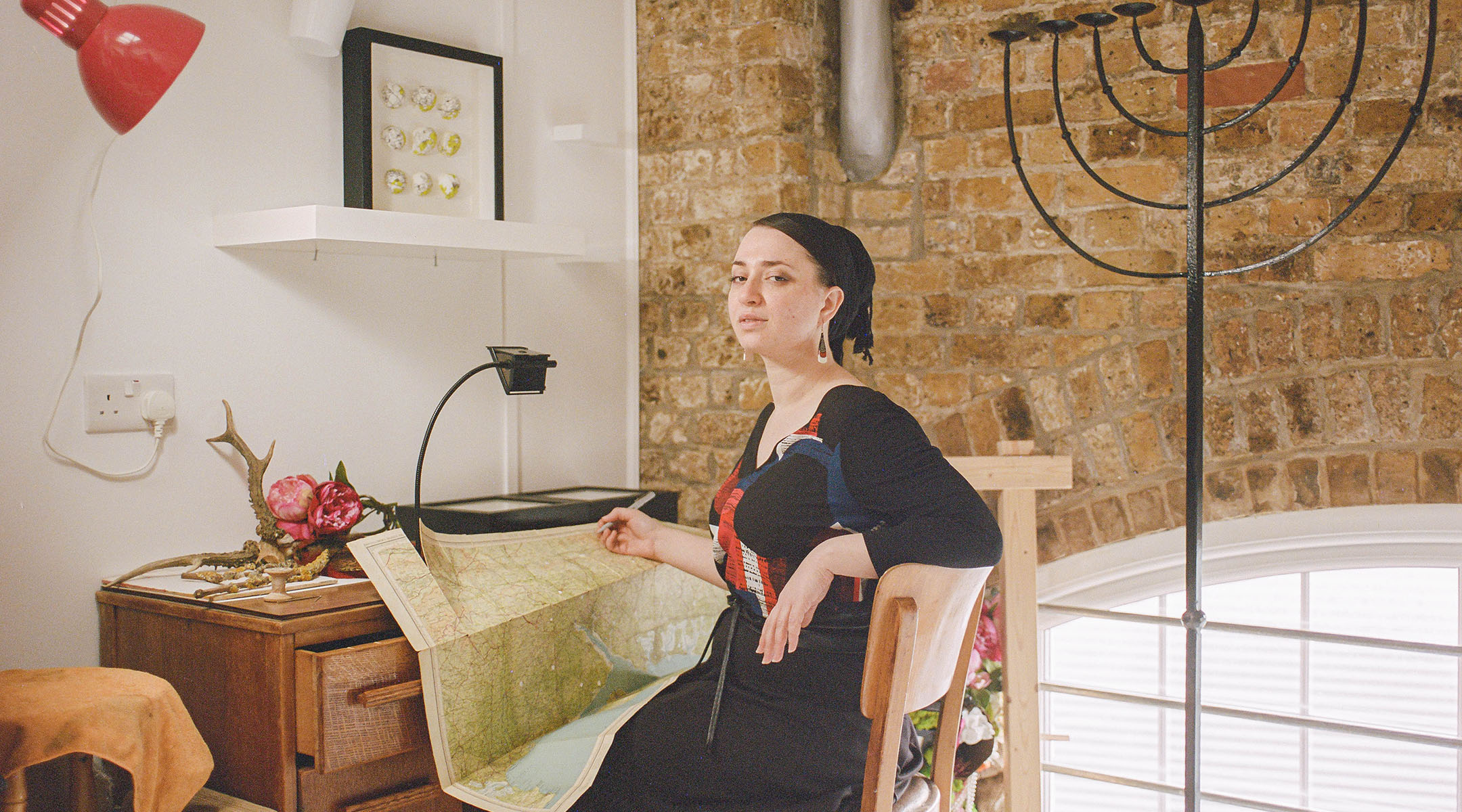 How did you choose who would be featured in the book?

I decided from the very start that I would not treat each individual as a representative of their Jewish community. I knew a minority of the subjects in advance, others I knew of but had never actually met, and others were recommendations from connections.

One thing you see in the book’s narratives is that they’re complicated. They’re not demographics, they’re people. I would sometimes choose someone to be photographed, because I knew them for one particular thing. But they may not emphasize that in their own particular narrative. So the way that the book deals with this is by suggesting that, while categories and generalizations are important in some contexts, it’s also important to look at individuals just as individuals. 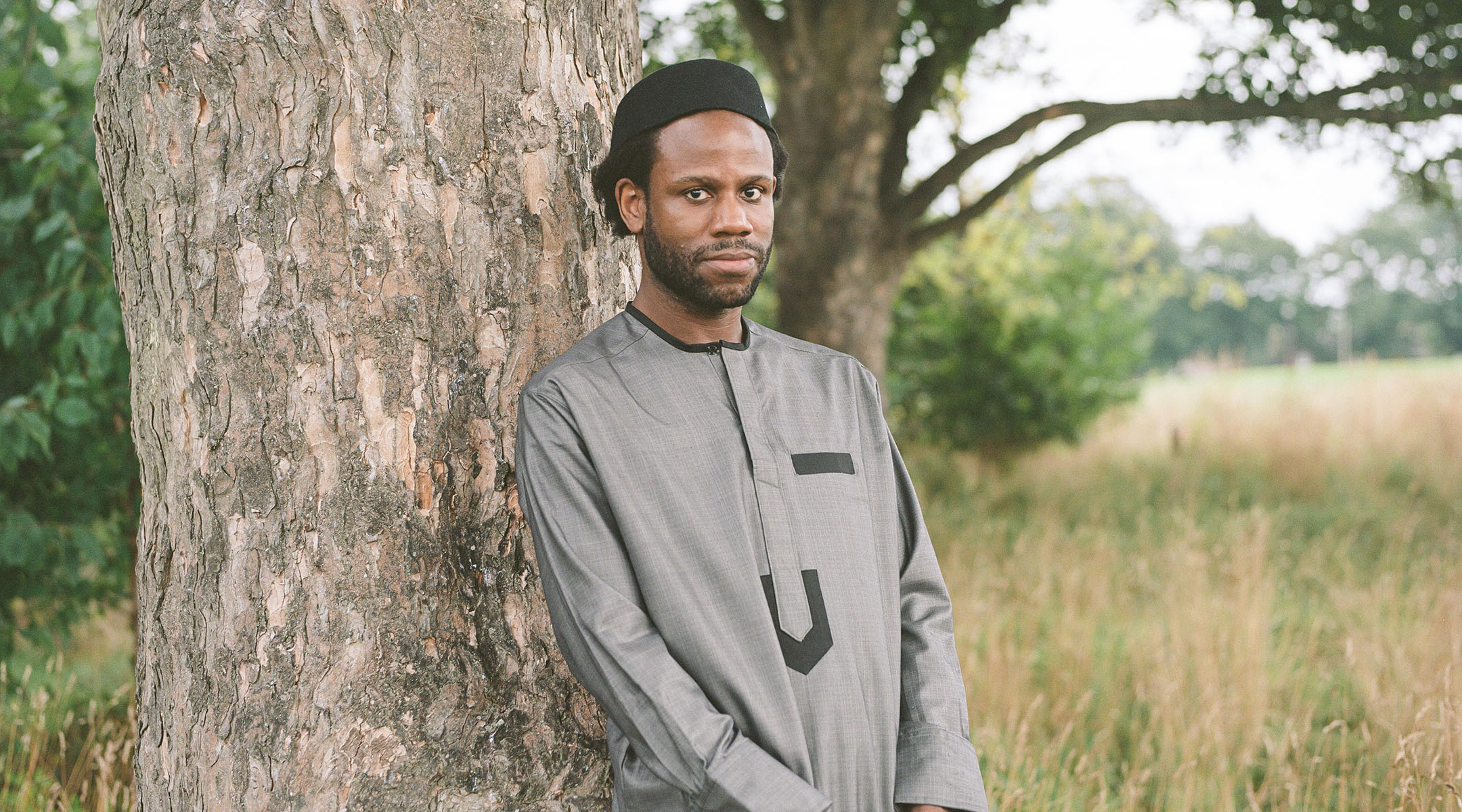 In the book, there’s a large geographic spread both within London and outside of London. As you talked with your subjects around the UK, did you learn about the community’s geographic diversity in the process?

The first thing that is important to note is that it’s not just London versus the rest of the country. The Jewish community here is becoming more clustered in the “Jewish Heartlands,” which are basically small pieces of Northwest London and South Hertfordshire. As those areas become more dense, other Jewish communities in London are on the decline.

That isn’t to say that all Jews live in a few different areas. There are new Jewish communities popping up in other parts of the country as well, often with very diffuse memberships taken from a very wide catchment area. So while our book isn’t necessarily demographically representative, it does show that the community isn’t just from Northwest London. 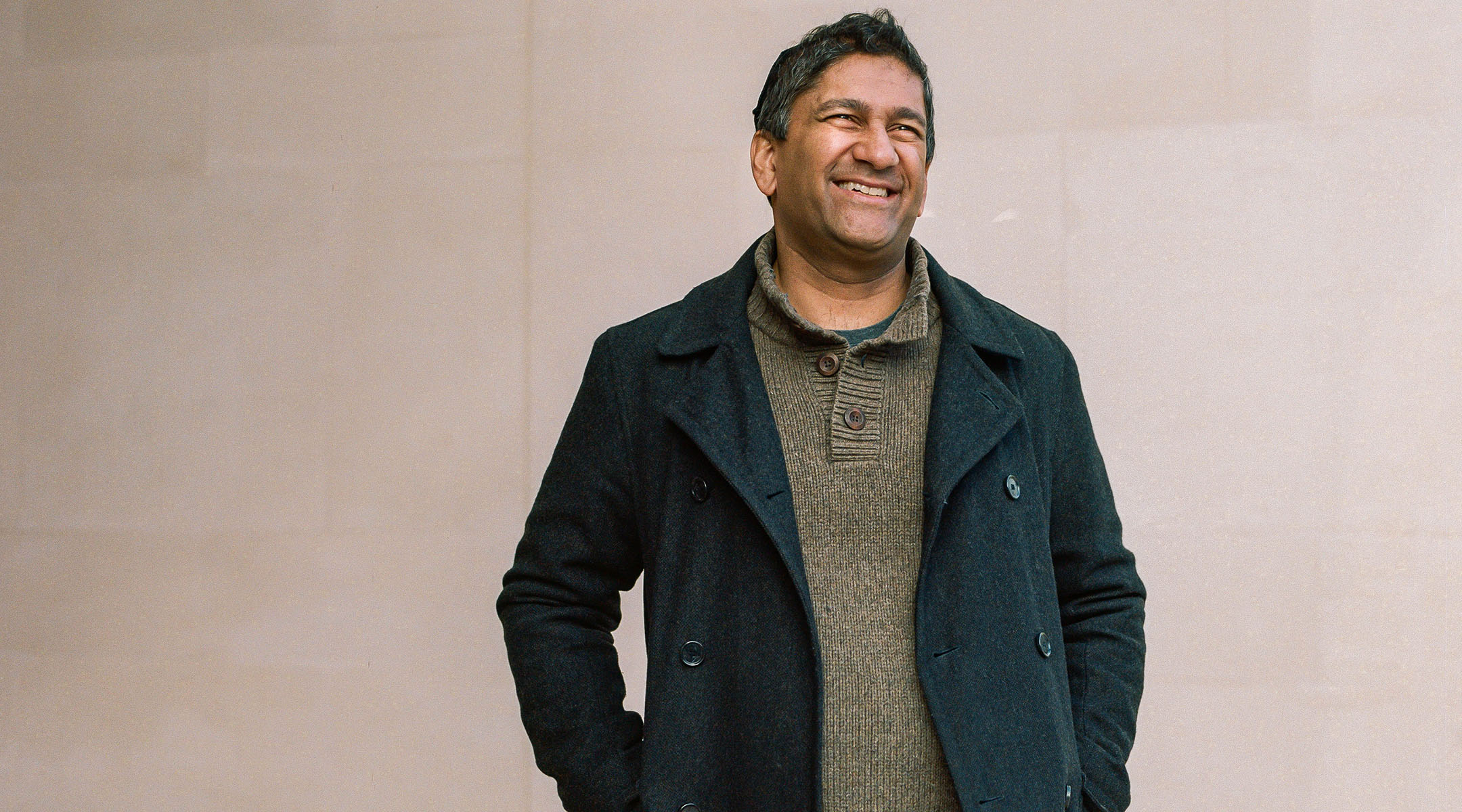 What is your ultimate hope for this project?

The book is intended to do things on a number of levels. One is to make an incredibly simple point that Jews don’t look the same. We’re planning to send copies of the book to people in the media who have a role in photo editing to give them something to think about.

It’s also an educational resource for non-Jews. That’s why there’s a glossary in the back of the book. It’s incredibly important to get non-Jews involved because they’re a huge asset to the Jewish community. They allow us to escape self-referential parochialism and think about the things we take for granted. This is also true when it comes to how we approached the project. Rob, who isn’t Jewish and didn’t know that much about the Jewish community, pushed our subjects to think more critically about how they wanted to be represented.

Then — and this wasn’t really the aim of the book — it also had a really warm reception among British Jews. They weren’t the main target, but it’s quite lovely that people see themselves in it, even if their kind of Jew isn’t in the book. The Jewish community seems to have really connected with the sense that Jews don’t all look the same.

—
The post What do British Jews look like? Photo project aims to prove they ‘don’t easily fit’ into categories. appeared first on Jewish Telegraphic Agency.