Welcome to Wawa — and Shabbat Shalom!

PHILADELPHIA (JTA) — There’s something uniquely American about an event that combines secular ritual with actual religion.

In six states and the District of Columbia, but especially in Pennsylvania, shopping at Wawa is very much a ritual. It’s the convenience store where you grab your morning coffee, your lunchtime hoagie and your overall feeling of regional pride.

Performance artist Brian Feldman had the idea to combine this secular religion with his real one, Judaism. The result was Wawa Shabbawa, or “a Shabbat of convenience.” It’s an actual communal Shabbat dinner held in the seating area of a Wawa location.

After holding the dinners in Washington, D.C., where he lives, and two cities in Florida, Feldman hosted the Philadelphia debut of the concept last Friday at the Wawa at Sixth and Chestnut streets. The store, opened in December across from Independence Mall, is the chain’s largest.

Arranged in conjunction with OneTable, a national nonprofit that matches Shabbat hosts with guests, the Wawa Shabbawa event combined traditional Shabbat blessings with trademark Wawa touches. Instead of a challah, there was a soft pretzel, and a concoction of grape sodas from Wawa’s machine stood in for the wine. LED candles took the place of wax tapers.

Feldman described the combination as “a happy confluence of bringing these two worlds together.”

As with all of the Wawa Shabbawas to date, Feldman neither notified or asked for permission to hold his dinner in the convenience store. But no one working there raised any objection.

“The management was happy to see us,” Feldman said. 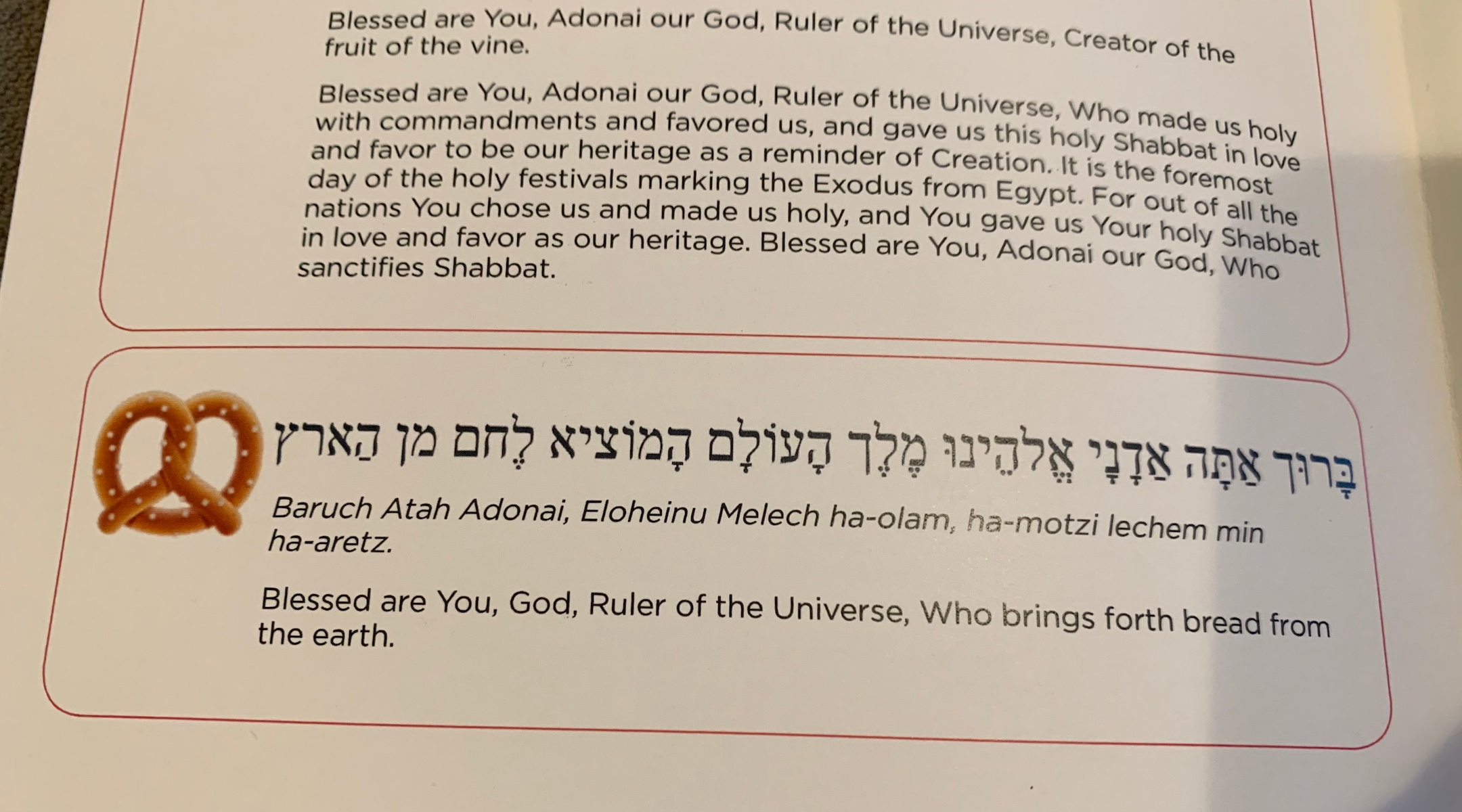 Feldman, clad in suit and kippah, looks like he could be the junior rabbi of a midsized Conservative synagogue. In his 30s, he grew up in nearby Bucks County and spent some of his childhood in Florida. The debut of Wawa Shabbawa last year, in Washington, was held at the largest Wawa at the time. (Wawa, which has some 800 stores, takes its name from Wawa, Pennsylvania, where the founding family owned a dairy business.)

“Where is a more likely place to have a Shabbat dinner but the world’s largest Wawa?” Feldman said at the start of the event here.

The new Philly location, unlike the vast majority of Wawas, has a seating area with tables and chairs. Feldman said that when he saw the seating area, the Shabbawa idea came to him immediately.

Following last week’s dinner, Feldman said that the name tags, programs and place mats had been collected by a curator from the National Museum of American Jewish History, which is about two blocks away. They presumably will join a collection that includes a baseball signed by Sandy Koufax, an Eddie Cantor doll and a 1933 Maxwell House Haggadah.

Feldman specializes in this sort of friendly performance art — often with a hint of Judaism. Past projects have included ChanuIKEA, in which Feldman celebrated Hanukkah in an IKEA furniture store, and the “Eight Wards of Chanukkah,” in which the Festival of Lights was celebrated a different night in each of Washington’s eight wards.

The Philadelphia event attracted a crowd of a couple of dozen people, largely young and culturally Jewish, although none were traditionally observant enough that they found any sacrilege in a non-kosher Shabbat dinner held in a convenience store with fountain grape juice instead of wine. It perhaps says a lot that everyone sitting at my table had watched the most recent season of “The Marvelous Mrs. Maisel” and had various strong opinions about it.

When I attended the opening preview for this Wawa in December for another publication, and interviewed the company’s CEO, I could not have possibly guessed a few weeks later that I’d be enjoying a Shabbat dinner 20 feet away. And I can’t imagine the CEO would have, either.

The next Wawa Shabbawa is scheduled to take place Feb. 1 at the Wawa location in Washington’s Georgetown neighborhood.