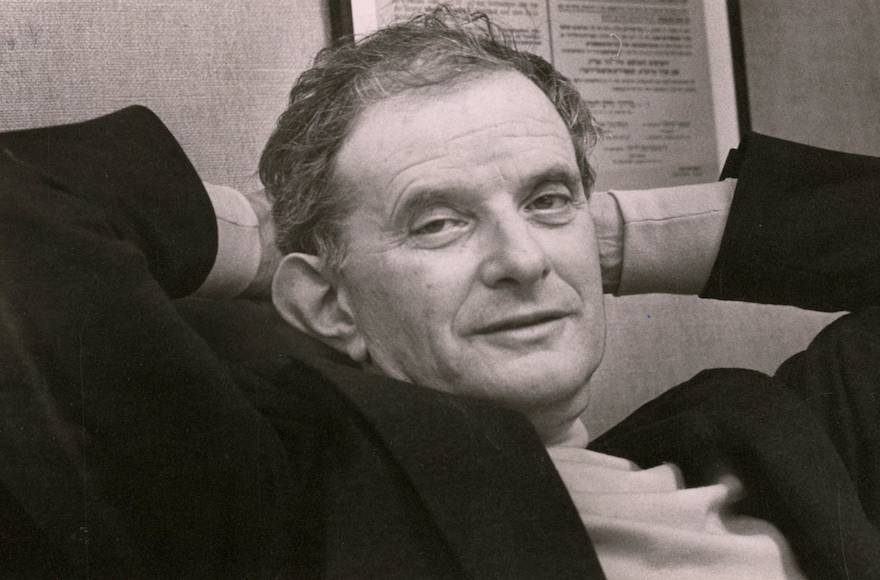 (JTA) — Walter Laqueur, a Holocaust survivor and one of the 20th century’s most prominent scholars, has died.

Laqueur passed away at his home in Washington, D.C., on Sunday. He was 92.

Born in Wroclaw, Poland, and raised in Bres­lau, Germany, he was a teenager when his parents sent him to Mandatory Palestine only days before the 1938 Kristallnacht pogrom. His parents would later die in the Holocaust.

In Palestine, Laqueur worked on a kibbutz and as a journalist before leaving to enter academia in Europe and the United States. He would later become the chairman of the International Research Council of the Center for Strategic and International Studies and director of the Wiener Library in London.

Laqueur wrote extensively about fascism, terrorism and the decline of Europe, and accurately predicted that rather than democratize following the breakup of the Soviet Union, Russia would fall into the form of populist authoritarianism now known as Putinism.

As a terrorism researcher, he helped debunk the popular myth that poverty leads to terrorism. Laqueur also wrote extensively about the Arab-Israeli conflict and the Holocaust. Many of his books, including “A History of Zionism” and “A History of Terrorism,” are considered classics.

“Europe will not be buried by ashes, like Pompeii or Herculaneum, but Europe is in decline,” The Washington Post quoted him as telling the German magazine Der Spiegel. “It’s certainly horrifying to consider its helplessness in the face of the approaching storms. After being the center of world politics for so long, the old continent now runs the risk of becoming a pawn.”

He is survived by his wife, Susi Genzen Wichmann; daughters Sylvia Laqueur Graham and Shlomit Laqueur; and four grandchildren.