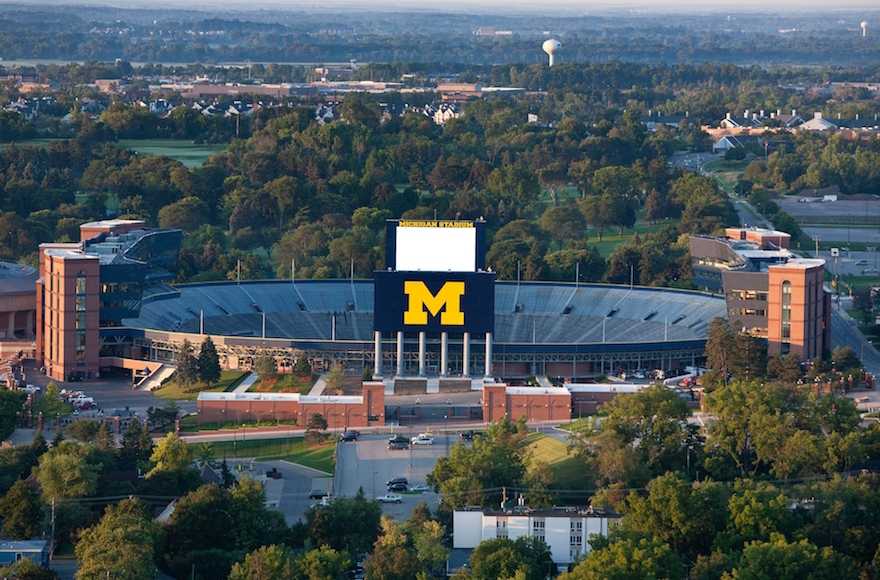 (JTA) — The University of Michigan has apologized to two students who were refused letters of recommendations for study in Israel by lecturers citing their support for boycotting the Jewish state.

In a letter Tuesday to the campus community, the president and provost addressed two recent Israel-related controversies at the school.

“We have apologized to the students themselves and worked to ensure that they have everything they need to complete their applications,” President Mark Schlossel and provost Martin Philbert wrote, adding that the university “strongly opposes a boycott of Israeli academic institutions.”

The message also addressed a university lecture that featured a speaker who compared Israeli Prime Minister Benjamin Netanyahu to Adolf Hitler. Schlissel and Philbert said they were “sorry students were hurt by this experience.” They also said the image was “on a single slide among nearly 200 other slides” and that the lecture had not singled out Israel.

On Tuesday, the Detroit News reported that the university disciplined John Cheney-Lippold, the lecturer who first denied the recommendation for a student to study in Israel.

The tenured American and digital studies associate professor will not receive a merit raise during the 2018-19 academic year and will not be permitted to take his scheduled sabbatical in January or any other sabbatical for two years, according to a letter signed by Elizabeth Cole, the interim dean of the university’s College of Literature, Science and the Arts.

There has been no word on punishment in the more recent case.

The post University of Michigan apologizes to students refused letters to study in Israel appeared first on Jewish Telegraphic Agency.