Trump is looking at Jared Kushner as chief of staff, report says 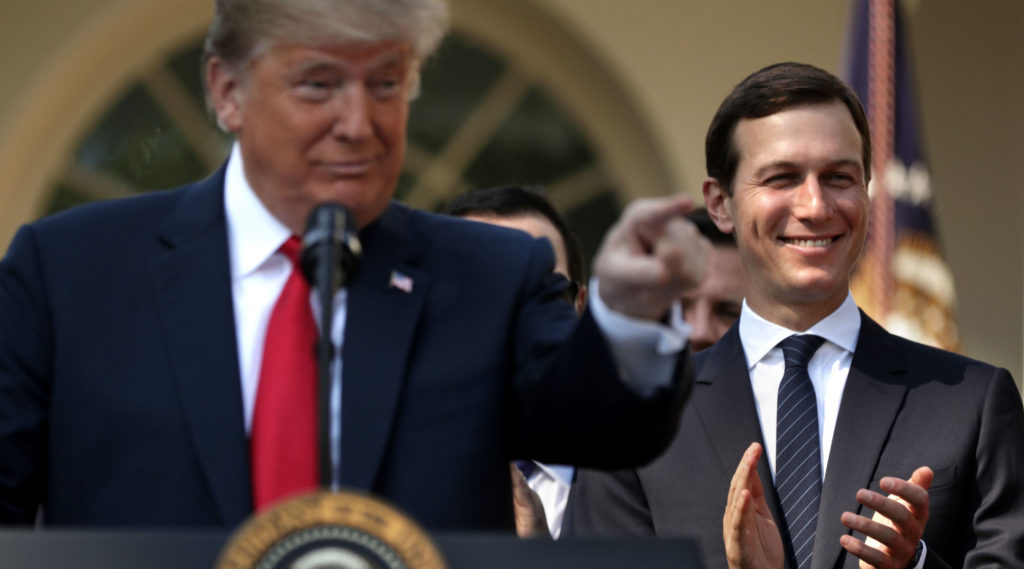 (JTA) — Jared Kushner is being considered for White House chief of staff, according to a CBS News report.

Kushner, who is married to Trump’s daughter Ivanka, would replace John Kelly, who is set to leave the post at the beginning of next year. A real estate developer who had no government experience before 2016, Kushner has been serving as Trump’s senior adviser since he took office.

At the start of his father-in-law’s term, Kushner took on an increasingly broad portfolio that included everything from criminal justice reform to relations with Mexico and China. Recently he has been focused on formulating Trump’s plan for Israeli-Palestinian peace.

Kushner has also has a close relationship with Crown Prince Mohammad Bin Salman, the de facto ruler of Saudi Arabia who has been criticized for his country’s role in the civil war in Yemen. Bin Salman is believed to behind the murder of Saudi journalist Jamal Khashoggi.

Kushner and Ivanka Trump have had a long-running feud with Kelly. The couple have led a months-long effort to get the former Marine Corps general removed as chief of staff because they dislike the traditional, hierarchical way he has sought to run the White House, according to The New York Times.

Kelly, The Times reported, is “furious” with the couple, and would take notes on their activities and requests, as well as keep them in full view of his staff. Earlier this year, Kelly took away Kushner’s temporary top secret security clearance.

Chris Christie, another Kushner rival, was also under consideration to replace Kelly, but declined the job. The former New Jersey governor was an early supporter of Trump and initially led his transition team. But Kushner reportedly pushed him out of that role, angry that Christie sent Kushner’s father to prison for tax evasion in 2005, when Christie was a U.S. attorney.

If Kushner becomes White House chief of staff, he will be the second Orthodox Jew to serve in the role. Jack Lew was President Barack Obama’s chief of staff from 2012 to 2013, before becoming secretary of the Treasury. Rahm Emanuel and Joshua Bolten, who served in the position under Obama and President George W. Bush, respectively, are also Jewish.