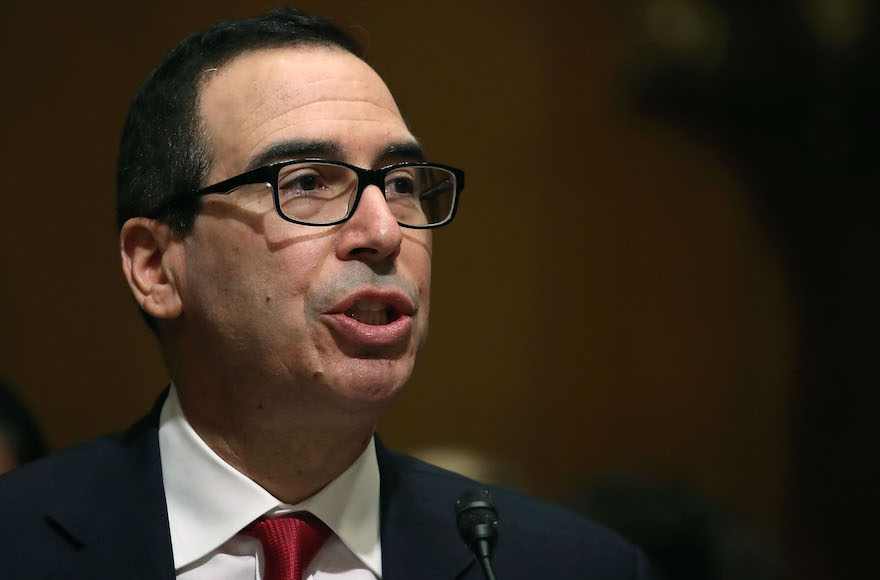 Mnuchin tweeted that he would withdraw from Saudi Arabia’s Future Investment Initiative conference next week, after a meeting with President Donald Trump and Secretary of State Mike Pompeo.

The decision comes amid tension over the disappearance of journalist and Washington Post columnist Jamal Khashoggi, who went missing earlier this month after entering the Saudi consulate in Turkey. Turkish officials say they have intelligence, including audio tapes, that show Khashoggi was killed and dismembered in Saudi custody.

Pompeo returned Wednesday from a whirlwind trip to Saudi Arabia, where he met with members of the royal family to discuss Khashoggi’s disappearance.

Trump’s son-in-law and White House adviser Jared Kushner has in recent months cultivated a close friendship with the crown prince, in part to advance Kushner’s efforts to revive the Israeli-Palestinian peace talks.

Mnuchin reportedly had faced pressure from Republican members of the Foreign Relations Committee to skip the conference after the disappearance of Khashoggi.

The CEOs of several big companies and important investment house heads announced in recent days that they would skip the conference, which opens on Oct. 23.

Just met with @realDonaldTrump and @SecPompeo and we have decided, I will not be participating in the Future Investment Initiative summit in Saudi Arabia.