Too few Jews, Pew! Where are the ‘secular maximalists’? The Sunday brunchers? 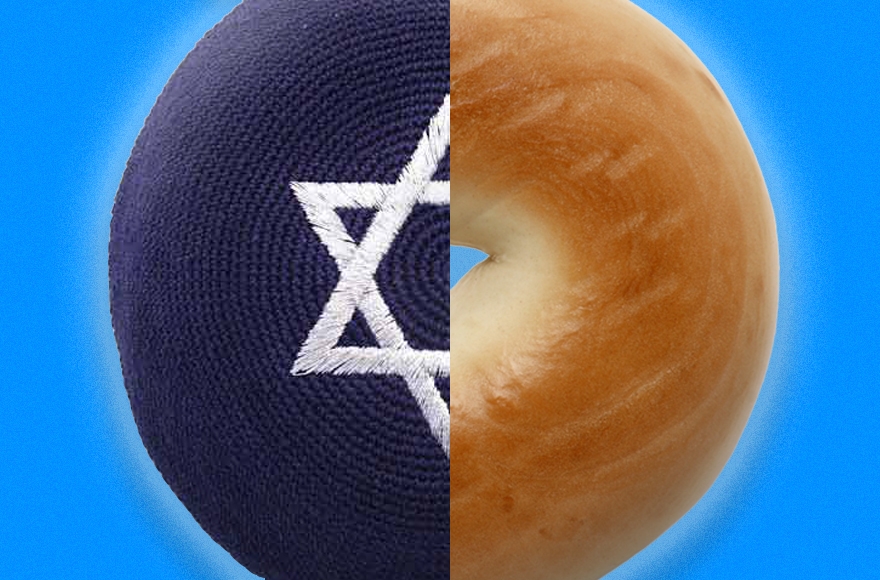 In between are the Relaxed Religious, who say religion is important but don’t hold much with traditional practices; the Diversely Devout, who believe in that old-time religion but also psychic crystals and other new age enchantments; and the Spiritually Awake, who seem to believe in heaven and hell the way I believe in Marie Condo: I know I should declutter my house but it ain’t gonna happen.

What I found most interesting about the typology is the way Jews seem to blow up the whole thing.

According to Pew, “Jewish Americans are the only religious group with substantial contingents at each end of the typology.” In other words, while most evangelicals are deeply religious, and Catholics and Mormons tend to cluster toward the believer side of things, about one in five U.S. Jews are, ahem, Shabbat Stalwarts, and 45 percent consider themselves nonreligious.

No surprise there: Every recent study shows that Jews are divided among the affiliated and the unaffiliated, the engaged and unengaged, the Alan Dershowitzes and the Adam Sandlers. That’s a quirk of Jewish identity itself, which allows a Jew to be defined by belief, biology, religious practice, peoplehood,  nationality or whether or not he works as a lawyer for the Trump Organization.

It’s why we call Judaism a family: There are people you’d really prefer weren’t part of your family, but, you know, probate law makes it hard to disown them. I was told.

So Pew finds Jews on both ends of the religiosity spectrum. But the pollsters also miss a few key Jewish categories, under the laughable idea that there are only seven kinds of Jews. Hell, there are 10 kinds of Jews in any given minyan — and that’s only 10 people to begin with.

Cohen’s son asks his atheist father why he goes to shul.

“Because Goldberg goes to shul,” his father says.

“What difference does that make?”

The late sociologist Charles Liebman even had a name for this: “secular Jewish maximalist.”

Who else are we missing? Just like the SJMs deserve their own category, allow me to suggest a few more:

* Seder Perennials: Attend a seder every year but insist on not enjoying it.

* Bagels and Lox-smiths: Fiercely traditional about choosing where they go for Sunday brunch.

* Un-Relaxed Religious: Follows along in the Torah portion just in case the reader makes a mistake and the rabbi, gabbai, cantor and eight other people don’t yell out a correction.

* Diversely Frum: Thinks he lives in a multicultural neighborhood because men can be seen in leather, velvet and knitted kippot.

* Jewish-Adjacent: Doesn’t identify Jewishly but enjoys suspension of alternate side of the street parking on Jewish holidays.

And where do I fit in? I call myself Professionally Jewish, which isn’t one of the Pew categories but really should be. I define it as “draws a paycheck for passing judgment on the lives of his co-religionists.”

The post Too few Jews, Pew! Where are the ‘secular maximalists’? The Sunday brunchers? appeared first on Jewish Telegraphic Agency.