This Yiddish romance novel was a smash hit in 1877. It was just translated into English for the first time. 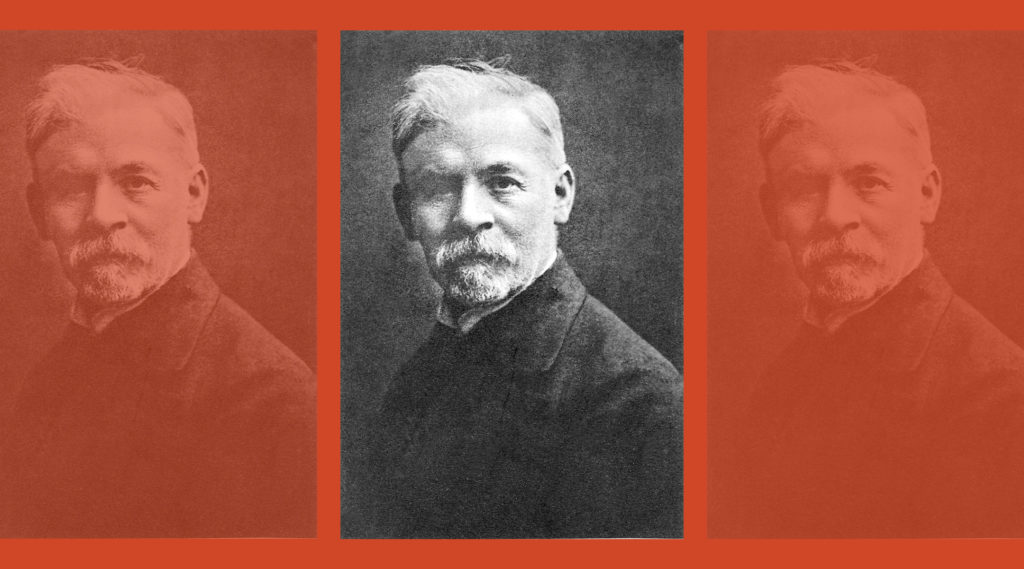 BOSTON (JTA) — Hot off the Jewish press in Vilna in 1877, a dramatic Yiddish romance novel became a surprising success, selling out its first 10,000 copies in Jewish communities across Poland and Russia.

It’s not hard to see why.

Set in the mid-19th century in the outskirts of the Russian city of Mohilev, Yankev (Jacob) Dinezon’s “The Dark Young Man” had it all: a page-turning, ill-fated modern love story thwarted at every turn by a villainous and sinister in-law; dramatic storytelling that exposed the divide between rich and poor; and the clash of modernity against tradition. Spoiler alert: no happy ending.

The best-seller catapulted the Lithuania-born Dinezon, a one-time tutor and little-known writer, to become an influential leader in the Yiddish literary scene of Warsaw, where he had settled.

Jewish writers of the day, from Sholem Abramovitsh, Sholem Aleichem and Isaac Leib Peretz, sought his counsel, guidance and support. Dinezon published and promoted their work, and became a close friend and confidant of Peretz.

Over the years, Dinezon published eight other known novels and a collection of stories, along with essays, but none achieved the success of “The Dark Young Man.” With subsequent printings, it sold some 200,000 copies.

When Dinezon died in 1919, thousands crammed the streets around his home in Warsaw’s Jewish quarter and along the route to the Okopowa Jewish Cemetery, according to several articles published in Warsaw.

Despite his prominence and popularity, however, Dinezon’s writing was overshadowed by other Yiddish authors of his day whose work was eventually translated into English. Over time — and in the aftermath of the Holocaust and the decline of Yiddish — Dinezon fell into obscurity.

Now, for the first time, “The Dark Young Man” has been published in English by Jewish Storyteller Press, translated by Tina Lunson, and adapted and edited by Scott Hilton Davis.

“There was this Jewish writer who made a real significant contribution to Jewish literature in the 19th century,” Davis told JTA in a recent phone conversation. “He deserves to be recognized.”

Davis, a North Carolina resident who spent a career in public broadcasting, came upon Dinezon’s name when he was preparing a collection of Yiddish tales, but he was unable to find any of Dinezon’s major works in English.

What began as curiosity became a passion. For well over a decade, Davis has devoted himself to all things Dinezon, determined to bring his books to a new generation and set the Jewish historical record straight about Dinezon and his role in Yiddish literature.

In 2007, a few years after retiring, Davis founded Jewish Storyteller Press. Some seven years later, he published a few of Dinezon’s shorter works in English, including “Memories and Scenes,” “Hershele” and “Yosele,” as well as a translation of a 1956 Dinezon biography by Shmuel Rozshanski.

He’s been eagerly anticipating “The Dark Young Man,” published ahead of  the 100th anniversary of Dinezon’s death on Aug. 29.

Born around 1851 near Kovno, Dinezon grew up in a comfortable home, according to the biographical timeline on JacobDinezon.com, a website developed by Davis that includes reference material, discussion questions and more.

After his father died, Dinezon was sent to live with an uncle in Mohilev, where he studied in a Jewish school that exposed him to the ideas of the Haskalah, the Jewish Enlightenment. He became a tutor and trusted business manager to a prominent Jewish family. He left for Vilna after the family arranged a marriage for one of the daughters, ending any hoped-for prospects for himself. The storyline is one that emerges in his first novel.

In his mid-30s, Dinezon moved to Warsaw, where his sister lived.

In addition to his own writing and publishing, Dinezon was a behind-the-scenes supporter of other authors. He paid for Peretz’s first book of Yiddish stories to be published and aided Sholem Aleichem in buying back the copyrights of his books.

“I’m thrilled to see it appear,” Lansky said about the English language publication of “The Dark Young Man,” noting that there is a sizable body of Yiddish books that have never been translated — books that line the shelves that Lansky walks by every day.

The center now offers a program to train translators, Lansky said, but by and large, the fellows are selecting books by writers who came after Dinezon.

Dinezon was at the center of promoting Peretz along with other aspiring writers who were arriving in Warsaw, Lansky said.

“He was one of the arbiters of this emerging Yiddish literature.”

Lansky noted that Dinezon was one of three giants of Yiddish literature — along with Peretz and S. Ansky — who are memorialized in a large monument at the Okopowa Jewish Cemetery.

Dinezon was trailblazing, Davis said, for at least two reasons: He wrote in Yiddish, which was frowned upon as common jargon by some critics and Haskalah writers who championed literary Hebrew, and for his subject matter. Dinezon wrote about the emerging issues of the day, including the lives of urban dwellers, and most notably he had great empathy for his Jewish subjects, Davis and Lunson said.

“Dinezon treated each of his characters with tenderness, and let their actions speak for themselves,” she wrote.

In “The Dark Young Man,” Dinezon’s narrator invokes the voice of Jewish morality and rails against the strict tradition of arranged marriages, comparing it to the evils of the African slave trade.

While Sholem Aleichem is beloved for the humor of his stories, Dinezon “consoled the Jewish soul through tears,” Davis said.

Davis has come to admire Dinezon as a kind and humble mensch, “the beloved uncle of Yiddish literature.” Dinezon devoted himself to social causes: Following the outbreak of World War I, he and Peretz founded an orphanage in Warsaw for children who were fleeing the front.

“He wanted to help uplift the Jewish people,” Davis said.

Through this project, Davis hopes to shine a light on a forgotten figure who can be a role model for Jewish culture and values. Among the programs to commemorate Dinezon’s 100th yahrzeit is one planned for Sept. 3 at the YIVO Institute for Jewish Research in New York.

“I want people to remember there was a Jacob Dinezon in the world,” Davis said.