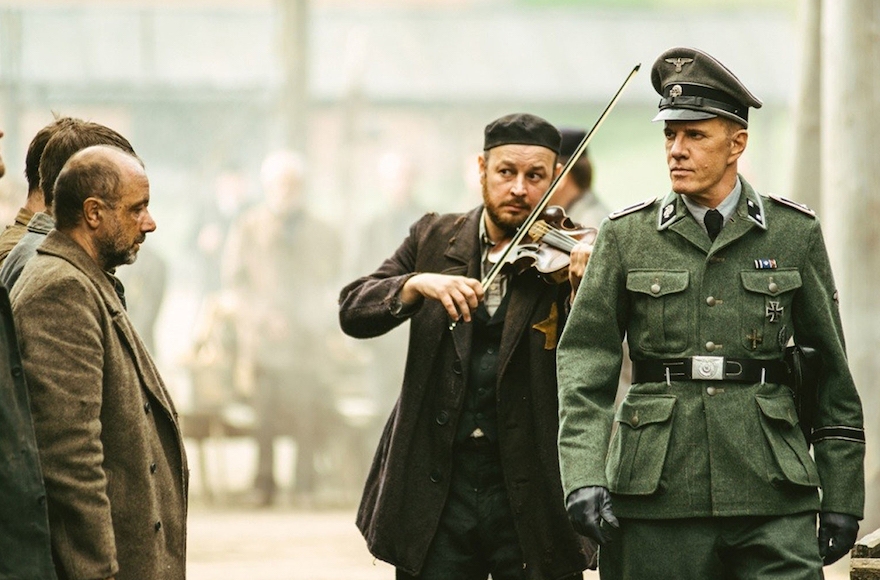 (JTA) — Russia nominated a film about the Nazi death camp Sobibor as its entry for the Academy Award for best foreign language film.

“Sobibor,” a multimillion-dollar production with state funding, centers on the 1943 escape by Jewish inmates from the camp under the leadership of Russian inmates. It was one of only two such occurrences during the Holocaust, with the other happening that same year in Treblinka.

The two-hour film features Konstantin Khabenskiy, one of Russia’s best-known actors, along with an international cast as well as unusually gory visuals. It is based on historical research of the history of the camp in Poland, where SS guards and Ukrainians murdered 250,000 Jews.

The Holocaust and anti-Semitism featured in the submissions of five other European countries: The Netherlands, Austria, Romania, Slovakia and Switzerland.

The Dutch submission is “The Resistance Banker,” based on the actions of Walraven van Hall, a banker who financed the resistance during Nazi occupation, including efforts to save Jews. He was recognized as a Righteous Among the Nations — Israel’s title for non-Jews who risked their lives to save Jews during the Holocaust – in the 1970s.

Austria’s “The Waldheim Waltz,” by the Austrian-Jewish director Ruth Beckermann, is a biographical drama about former U.N. Secretary-General Kurt Waldheim, and the controversy of his participation and role in the Nazi regime during World War II.

“I Do Not Care If We Go Down In History As Barbarians” tells the story of a theater director seeking a re-enactment of the barbaric massacre of thousands of Jews in Odessa by occupying Romanian troops.

Slovakia’s “The Interpreter” follows a Jewish man’s efforts to find the Nazi officer who may have killed his parents.

“Eldorado,” the Swiss submission, looks at the hardships faced by modern-day immigrants to Europe but juxtaposes their situation with the realities experienced by asylum seekers during World War II, including many Jews.

Hungary’s submission, “Sunset,” was directed by Laszlo Nemes, a Jewish-Hungarian filmmaker whose previous feature, “Son of Saul,” won the category’s 2016 Oscar. The later film is set in 1913 Budapest and follows the trials of Irisz Leiter, a newcomer to the city whose parents’ shop is burned.

“Throughout the film, Irisz and those around her make so much of her name that one wonders if the Leiters were Jewish, casting a dark shadow over” the fire, The Hollywood Reporter wrote in a review this month. “But this is never explicitly stated in the film and remains only a possibility.”

Israel’s submission is “The Cakemaker,” which centers on a German pastry maker who travels to Jerusalem in search of the wife and son of his dead lover. It is Israel’s 51st submission to the award; the country has received 10 nominations but has yet to win.

The Palestinian submission is “Ghost Hunting,” a documentary about prisoners from Israeli detention reliving their incarceration and alleged torture.

The post This year’s Oscar foreign film race is full of movies on the Holocaust and anti-Semitism appeared first on Jewish Telegraphic Agency.