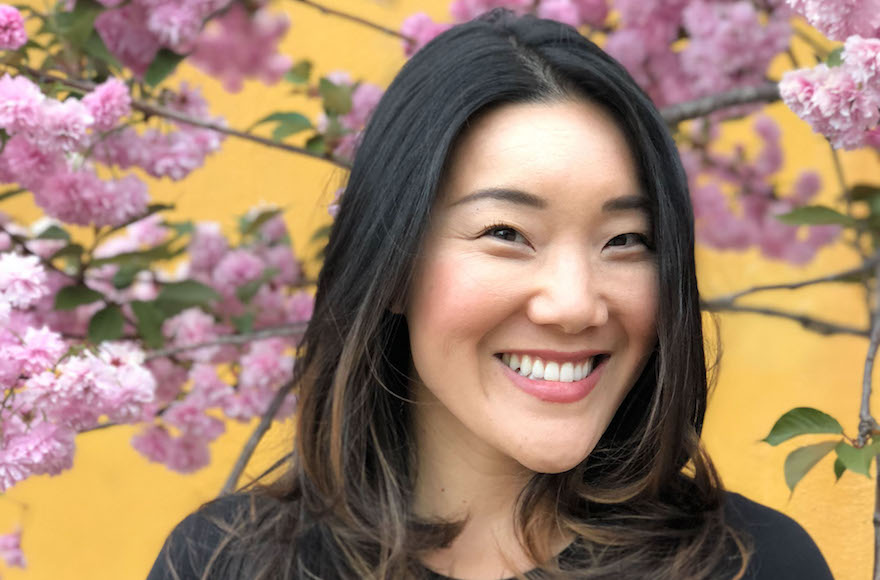 (JTA) —Kristin Eriko Posner recalls feeling torn right before she finalized her conversion to Judaism. Though she felt an affinity to the religion from a young age and was eager to embrace the faith of her now husband, she worried that converting would negate another important part of her identity.

“I got really scared that if I became Jewish, it would overshadow the Japanese parts of myself, and I felt a lot of guilt about that,” recalled the San Francisco-based home cook, whose mother was born in Japan and father is the descendant of immigrants from there.

But her rabbi encouraged her to continue to explore her Japanese roots and, in the end, becoming Jewish did just the opposite of what she had feared: The journey inspired Posner to create a lifestyle brand that serves as a resource for others who share her background.

“I feel like becoming Jewish has enriched my Japanese life,” Posner, 33, told JTA in a phone interview earlier this month.

Last year, she founded Nourish, a web-based community and lifestyle brand that celebrates Jewish and Japanese culture as well as fusions of other cultures. The site is home to a collection of recipes — all created by Posner — that meld Jewish and Japanese cuisines. Among the dishes, many of which are tied to Jewish holiday celebrations, are gyoza kreplach soup, mochi latkes and fish cakes that are inspired both by gefilte fish and a similar Japanese patty.

Nourish has other components as well, including an online newsletter and Facebook group. Posner is also planning to sell ritual and household items made by Israeli and Japanese artisans through the site.

Posner’s mother immigrated from Japan, and her father is a third-generation Japanese-American. During her childhood in Los Angeles, Posner remembers growing up with Japanese culture and visiting the country every few summers. But as she grew older, she resented feeling different from her classmates and felt embarrassed by the traditional Japanese food her mom would pack in her lunch box.

“I would beg her to make me sandwiches like the other kids, and I was just really painfully uncomfortable in my own skin and turned away from my heritage for a while,” Posner said. 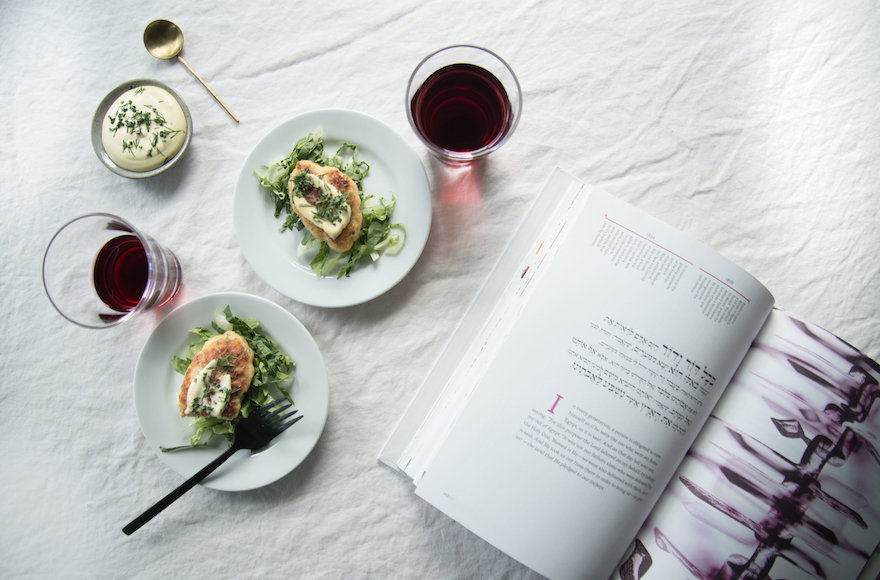 But after graduating from college and working for a few years in public relations, Posner felt she didn’t know enough about her Japanese background. So she spent two years teaching English in Nichinan, a city in the south of Japan, before returning to California. While studying and later working in interior design, Posner met her now-husband, Bryan, a secular Jew.

As she got to know him, she sought to learn more about Judaism, a religion she had felt connected to ever since attending Hanukkah parties at a neighbor’s house as a child.

“I was super curious about his family and their traditions, and I had to dig a little bit because they didn’t do some of them anymore,” she said.

As their relationship became serious, Posner realized that much of the responsibility of building a Jewish home would rest on her.

In 2015, she became a Jew by choice, and the couple married the following year. 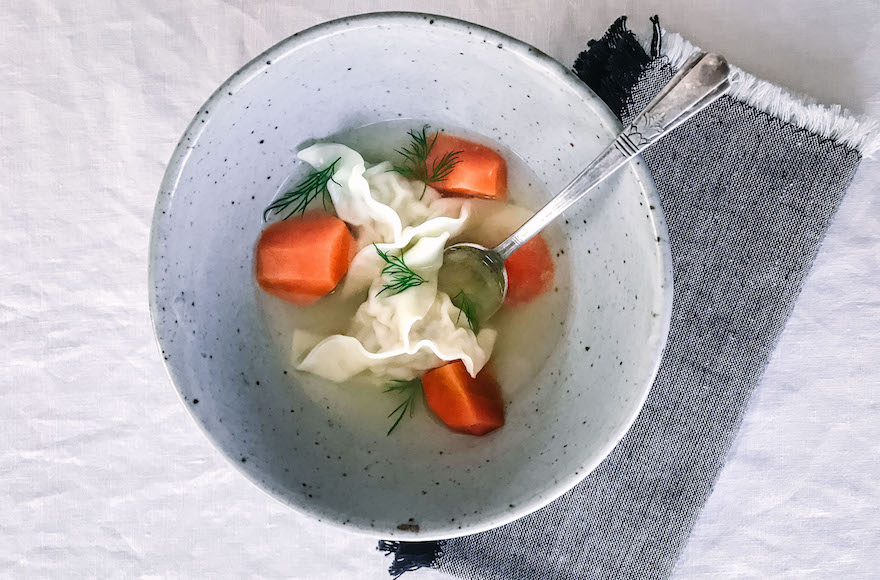 Posner found that food served as one way for her to connect to both Jewish and Japanese traditions. She now incorporates Japanese influences into her observance of Jewish holidays, such as at a Passover seder dinner last year when she served matzah ball soup with Japanese chicken meatballs, brisket with Japanese barbecue sauce and cherry blossom malabi.

The couple belong to Congregation Emanu-El, a Reform synagogue in San Francisco. Though Posner says the community is “very welcoming,” she sometimes feels self-conscious as one of the few people of color.

“There’s definitely this slight insecurity about that and wanting to make sure that I do things correctly, or being afraid that I stand out and people are watching, so if I mess up it’s really obvious,” she said.

That feeling has motivated Posner to continue engaging in Jewish learning, including by becoming a bat mitzvah this spring. She calls the experience  “awesome.”

Posner hopes that with Nourish she can provide a home for others who may share similar insecurities or feel pulled between cultures. Though most of the recipes on the site fuse Jewish and Japanese culture, she has received messages from couples in which the partners are navigating various cultural backgrounds.

“I’m really just doing what I do best, which is Japanese and Jewish,” she said, “but if I can inspire other people, then that’s amazing.”