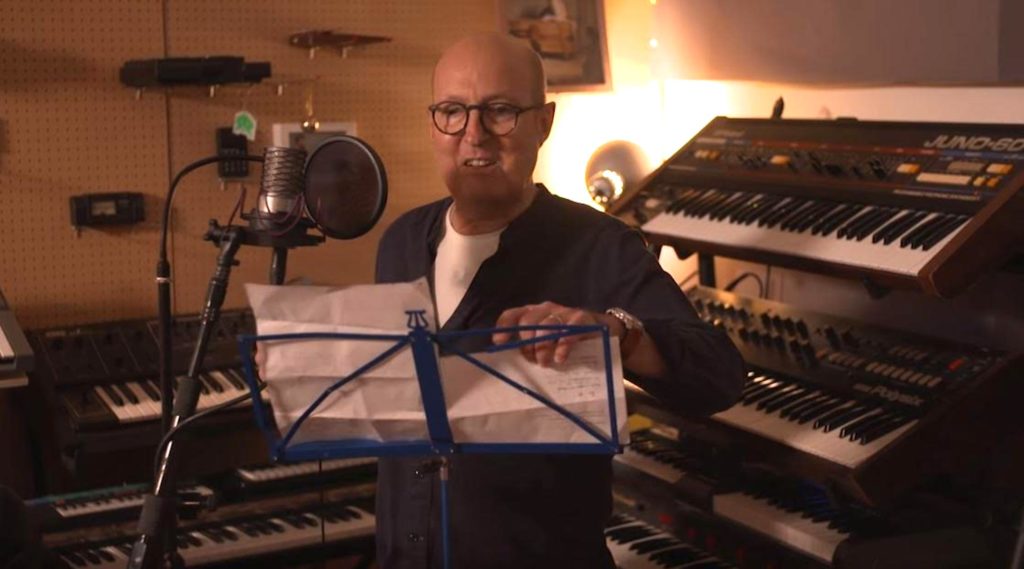 (JTA) — For 30 years, Mike Jacobs wrote beautiful songs that no one outside his family ever got to hear because he didn’t think they were good enough to promote.

But two weeks after Jacobs died of esophageal cancer, one of his earliest numbers is bringing posthumous fame to this Jewish dad from London.

“Stay,” a song that Jacobs wrote to an ex-girlfriend in the 1980s, entered the top 10 list of UK songs on the music website iTunes this week largely thanks to a BBC interview with Jacobs’ son. Josh Jacobs described how his dad recorded the tune while in the final stages of the disease, to which he succumbed on New Year’s Eve at the age of 62.

The diagnosis finally pushed Jacobs to record the song and post it online, Josh told the Daily Express for an article published Wednesday by the tabloid.

“For 30 years he never did anything with them,” Josh, a 37-year-old television producer, said of his father’s songs. “He struggled with his confidence, so he didn’t want to put himself out there.”

But following the diagnosis in 2017, Josh convinced his father to record “Stay.” He filmed the recording sessions and other scenes from his father’s dying days.

“I was filming everything, but it was so hard for me,” Josh told the Express. “I was making a film about my dying dad.”

The elder Jacobs worked in a business that rents machines to arcades, bowling alleys and pubs. But music was an important part of his life for years, Josh said.

“He always wanted to keep [the songs] safe, so he transferred them on to CD and later on to digital about three years ago,” Josh said about the collection of recorded works that his father had kept. “He just wanted a permanent record of them and to keep them safe.”

Josh also gave an interview about the experience to the BBC. Partly thanks to that exposure, “Stay,” a slightly melancholic soft rock tune with lyrics about loss, absence and longing, climbed on Tuesday to the No. 6 slot of the UK edition of the iTunes website, though by Thursday it had dropped to 50th.

The official music video, featuring footage of Mike Jacobs shot and edited by Josh, had over 14,000 views since it was published on Christmas Eve.

Josh married in October, so his father could attend the wedding, he told the Express. He said it was a source of comfort.

Being able to share with the world some of his late father’s talent, he added, “is even better.”