This Jewish data whiz predicts the Oscar winners with math

Spoiler alert! See Ben Zauzmer’s Oscar predictions at the bottom of this article.

(JTA) — In 2012, the first year that Ben Zauzmer made Oscar predictions based on mathematical modeling, he received an email from a member of the Academy of Motion Picture Arts and Sciences, the body that chooses the winners.

Zauzmer was wrong to predict that the silent French film “The Artist” would win best picture, the member said — he and some of his friends in the Academy had heard that “Hugo,” Martin Scorsese’s steampunk adventure flick, had a better chance.

Zauzmer “politely thanked him for his comments,” and was proven right — “The Artist” took home five Oscars that year, including best picture.

Since 2011, his freshman year at Harvard, Zauzmer has put his data skills to work predicting which films have the best chances of winning just about all of the Academy Award categories. Think of him as the Nate Silver of Oscars night.

Zauzmer, 26, works during the day as a baseball analyst for the Los Angeles Dodgers, using math to identify strong players that the team could potentially acquire.

In his Hollywood predictions, he continues a long trend of Jews who have been successful at forecasting — see Silver, Nate Cohn and Harry Enten in the political realm. He’s also far from the first Jewish baseball analyst — the Dodgers’ president of baseball operations, Andrew Friedman, and the new “chief baseball officer” for the Boston Red Sox, Chaim Bloom, are two other prominent examples known for heavily using analytics to make baseball decisions. (Gabe Kapler, the manager of the San Francisco Giants and a former player, is also known as an analytics guru.)

Zauzmer, who hails from a suburb of Philadelphia and says his Reform synagogue was his family’s “home away from home,” doesn’t see Jews’ love for statistics as too coincidental.

“One thing I love about the Reform Judaism that I grew up with, and of Judaism in general, is that we’re always taught to ask why … to try to understand things for ourselves,” he said. “And that same spirit with which we approach religion is also I think a very useful one to approach statistics with: to not just accept anything, but to actually dive into the data and prove it or disprove it for yourself.” 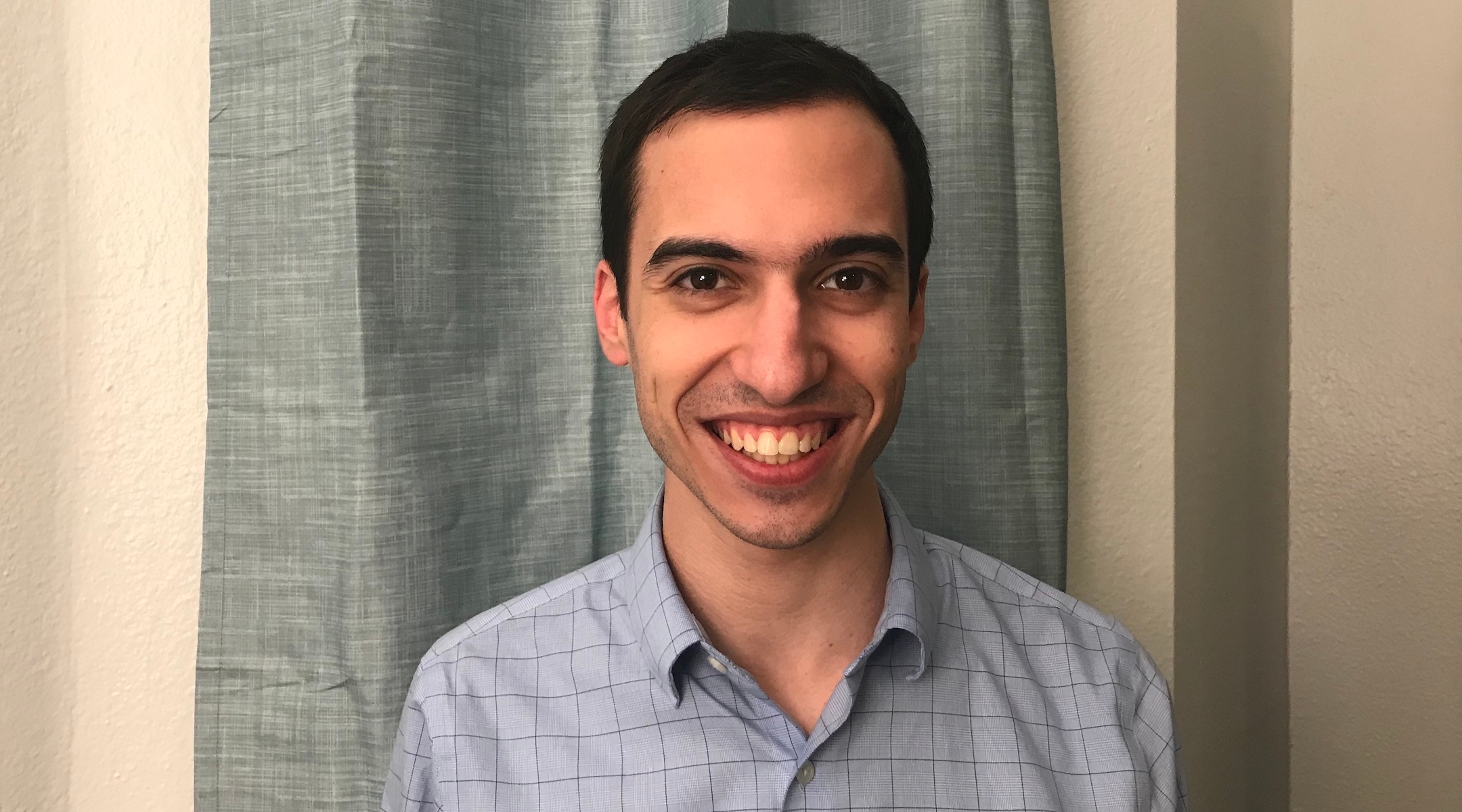 Ben Zauzmer works during the day as a baseball analyst for the Los Angeles Dodgers. (Courtesy of Zauzmer)

As Zauzmer explains it, his dataset includes anything about movies that he can put a concrete number on. The best predictors usually turn out to be previous award shows — if a director wins the Director’s Guild award earlier in the season, for instance, he or she has a good chance of winning the Oscar for best director — but it also includes critic ratings or “scores” on aggregation sites like Rotten Tomatoes.

The success of his formulas — in 2018, he correctly predicted 20 out of the 21 categories that he put into his models — has earned him an annual column in The Hollywood Reporter, in addition to other freelance pieces for the likes of The New York Times and elsewhere. He documented his approach in a 2019 book, “Oscarmetics: The Math Behind the Biggest Night in Hollywood.”

Of course, each year brings surprises, and Zauzmer’s predictions are never perfect — they just represent the nominees with the best statistical chances of winning. There is always room for surprise.

For example, even Zauzmer was surprised when “Moonlight” won best picture over “La La Land” in 2017, and not because of the infamous envelope mix-up. “La La Land” had dominated awards season before then and was therefore a heavy favorite in Zauzmer’s model.

“It’s why my math doesn’t present 100% or 0% for any nominee,” he said. “Probability is only probability, and not a guarantee.”

Here are Zauzmer’s predictions for this year:

Best Supporting Actor – Brad Pitt, for “Once Upon a Time in Hollywood”

Best Production Design – “Once Upon a Time in Hollywood”