This Daily Ritual Brought Me Closer to My Special Needs Child 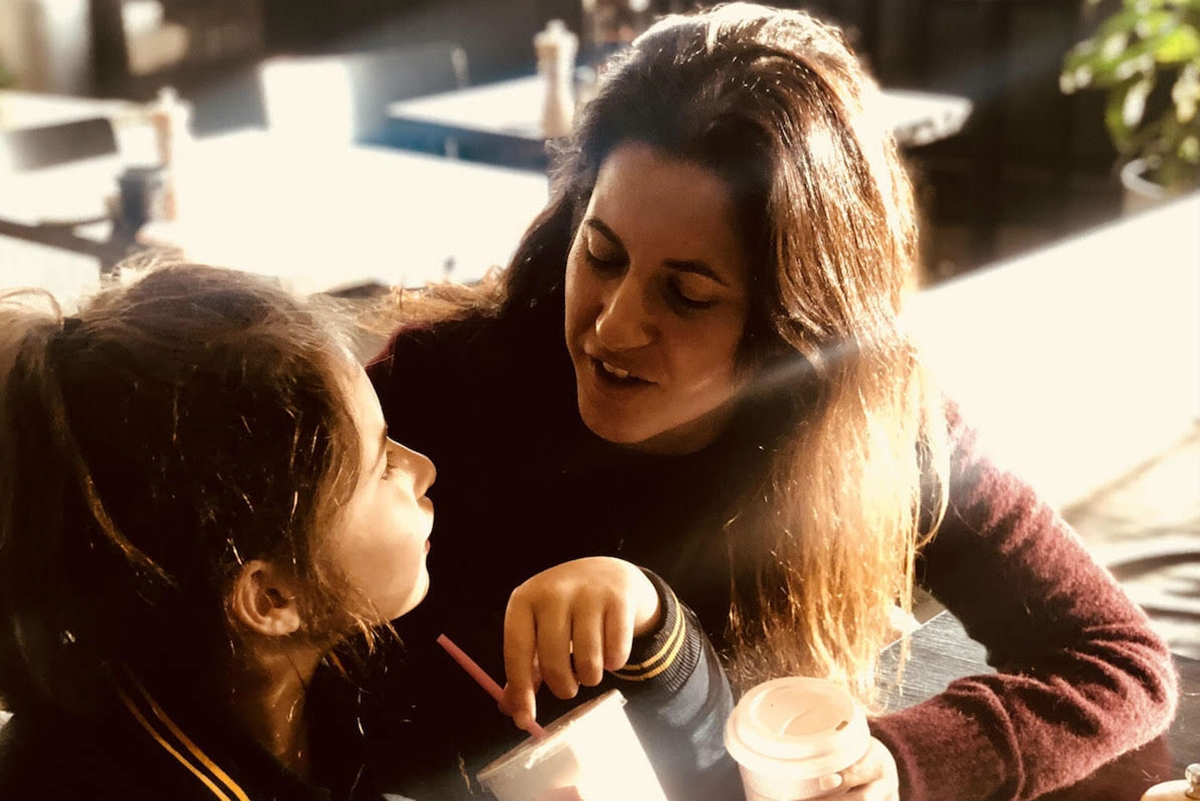 “Your usual today?” the friendly barista inquires, before I even make it to my seat. My 11-year-old daughter, as usual, has noisily run in ahead of me and is chatting with the waiter by the time I walk through the door. You can’t miss the fact that Alona has arrived! Chris, the cafe’s owner, is indulging her in a conversation about her imaginary friend, Wolf Bear, whom he has heard about ad nauseum.

Some days he just knows instinctively that I want an iced latte and prepares it for me without even asking. I trust him with this important task to the point that, occasionally, when I am too drained at this time of day to decide whether I want my latte hot or iced, I let him choose for me.

Alona asks the waitress, again, to list the available flavors of milkshakes, the list being repeated without ever a hint of annoyance — despite the fact that she has already listed them for her every day that week.

This small window of time in my day, the half-hour between picking up Alona from her bus stop and collecting my older boys from their school, is sacred. It was born out of necessity — what will we do until the boys are done with school? — but it has evolved into something far more meaningful than I ever expected.

By the time Alona was 2, I had already taken her to a speech-language pathologist, offering my own diagnosis of dyspraxia, a developmental coordination disorder, as I also work in that profession. Still, when the professionals suggested it was only Alona’s speech that was affected, I insisted the issue was more global. It was, but hearing it confirmed wasn’t easy. I have never been the kind of mom who is in denial, and yet using the words “disability” and “special needs” to define Alona is still difficult for me.

And so began my journey of being the advocate, carer, fierce protector and mom of a child with special needs. So far it’s been a challenging ride — but an unexpectedly beautiful one, too.

I’ve never specifically told the cafe staff that my daughter has special needs, but they know. I am acutely aware, especially in public places, that Alona’s loud voice and messy eating habits are tell-tale signs of her special needs. While my girlfriends will drop by the cafe, without their kids, for a quick catch-up, I routinely have Alona in tow.

It is a point of difference, a small yet glaring reminder that my life has taken a different turn. My child will not reach the same levels of independence as other children and we, as a family, have had to make choices that were unexpected.

For example, never in my wildest dreams had I imagined I’d move my child out of a Jewish day school. Being Jewish is central to every single part of our family life — observe Shabbat, keep kosher and are active in the community. The choice to move Alona to a special education setting was a painful one, filled with deep emotion. While we came to realize that the tailored education she’d receive was far more suitable for Alona, the decision meant forgoing a core part of our identity.

Every day, as Alona and I enter the cafe, I am reminded of this decision. There are always the repeated questions she asks, an iPad (or two) to keep her entertained, loud conversation as she never quite perfected her “inside voice,” followed by lots of cajoling to get her to come back to the car when it’s time to leave.

Yet the cafe staff never judge. They do not shush Alona when she squeals a little too loudly when she’s excited, nor do they judge me for giving her a screen to keep herself busy in order for me to have a quiet conversation with my girlfriends. Being a regular customer, I do not feel the need to explain myself the way that I do in other places. Over time, the notable kindness and comfort of this place has become a safe refuge for both of us.

The cafe staff see in Alona her beautiful heart, warm personality, and her often hilarious dry wit. They don’t say as much, but I feel it. On the odd afternoon that I arrive on my own, one of the cafe staff will invariably ask, “Where’s Alona?”

They proceed to tell me they miss her. Yet I know, at the same time, they appreciate that I am able to enjoy this quiet time on my own, free from toilet stops and milkshake spills.

Initially, the thought of keeping Alona entertained every day between the two school pickups was quite daunting, and a little lonely. Instead, however, it has become a lesson in the power of small, seemingly insignificant kindnesses. These small daily interactions have shown me the beauty of acceptance and belonging. They have shown me the possibility of building community in the most unlikely of places.