This band of musicians with disabilities wanted to represent Israel at Eurovision. Their Sabbath observance became a problem. 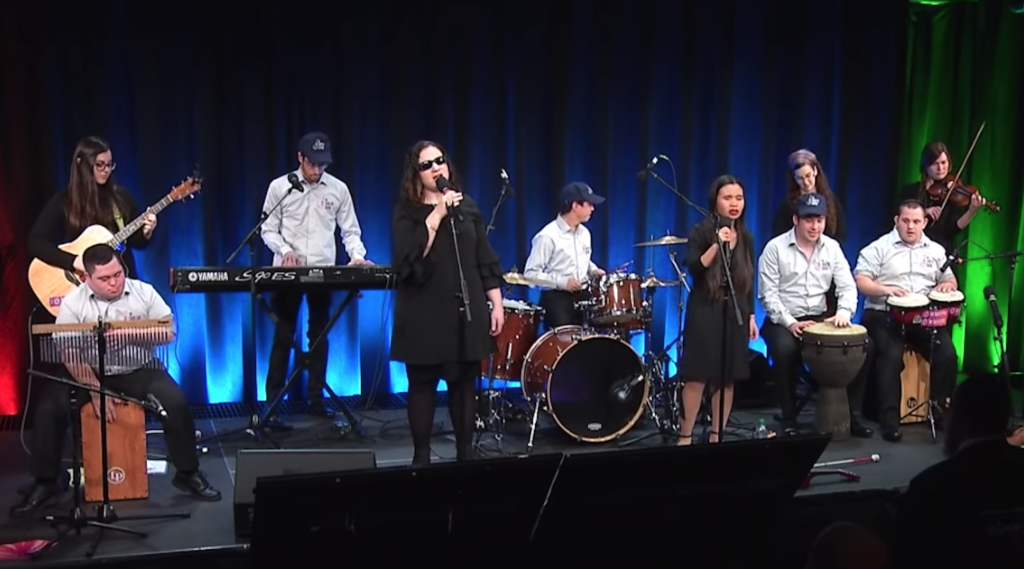 JERUSALEM (JTA) — The Shalva Band, a group of musicians with various disabilities, didn’t expect to advance so far in the competition to represent Israel in the Eurovision Song Contest in May.

But they made it all the way to the finals — and won’t find out if they could have won.

The band has decided to pull out of the Keshet network’s “Hakochav Habah,” or “The Next Star” — its winner becomes Israel’s entry to Eurovision, being held this year in Tel Aviv — rather than be faced with having to perform on Shabbat as part of the international contest.

Several members of the band are Sabbath observant and Eurovision holds its final dress rehearsals on Friday night and Saturday, complete with recording and filming, according to Hadashot News, which airs on the Keshet network.

Band members said they were aware of the rules but had not expected to advance so far in the competition, according to the report. On Saturday night, the band became the first of four acts to qualify for “The Next Star” finals.

Eurovision said the final rehearsals are vital because the performances are filmed and sent to international judges for use in scoring, and so the contest has a backup in case technical issues arise during the live performances on Saturday night.

Israel’s culture minister, Miri Regev, appealed to Eurovision to be more flexible but reportedly was rebuffed.

“The question at stake is not hypothetical but is rather a matter of principle, underlying the very foundations of equal opportunity and true acceptance of the concept of diversity that the Eurovision Song Contest proudly symbolizes,” she wrote in a letter sent Monday to Eurovision organizers.

Eurovision said it could not make a final decision on how to handle the Shalva Band until and if it was named Israel’s selection. The band reportedly decided to drop out rather than spoil the chances for other competitors.

It had turned to the Tzomet Institute, which helps to create workarounds for Shabbat that adhere to Orthodox Jewish law, or halacha, to explore the possibility of Sabbath-friendly microphones and instruments. The institute reportedly was reluctant to take on the project due to the “mass desecration of Shabbat” that the rehearsals would entail, Israel Hayom reported.

Shalva rapidly became a favorite of the audience and viewers of “The Next Star.” Judges praised the band for their professionalism and clean, pure sound. The contestants advance with scores from the judges, along with cellphone and online voting from viewers.

Both of the band’s lead singers — an immigrant from India and one from France — are blind. One member has Williams syndrome, a developmental disorder; two have Down syndrome; one is visually impaired; and one is a disabled war veteran.

Shalva, the Israel Association for the Care and Inclusion of Persons with Disabilities, provides services and programming for thousands of people with disabilities from infancy to adulthood and their families, including therapies, educational frameworks, social and recreational activities, employment training, independent living and family respite.

Last month, the Israeli pop star Omer Adam turned down an offer to perform at Eurovision over the Sabbath work requirement. Adam, 25, is not religiously observant but makes it a point of not working on Shabbat.

Israel won the right to host the 2019 Eurovision Song Contest after singer Netta Barzilai won the competition in May. Israel, which has won the contest four times, will host for a third time, having previously staged Eurovision in Jerusalem in 1979 and 1999. Israel has participated in Eurovision 42 times since its first appearance in 1973.