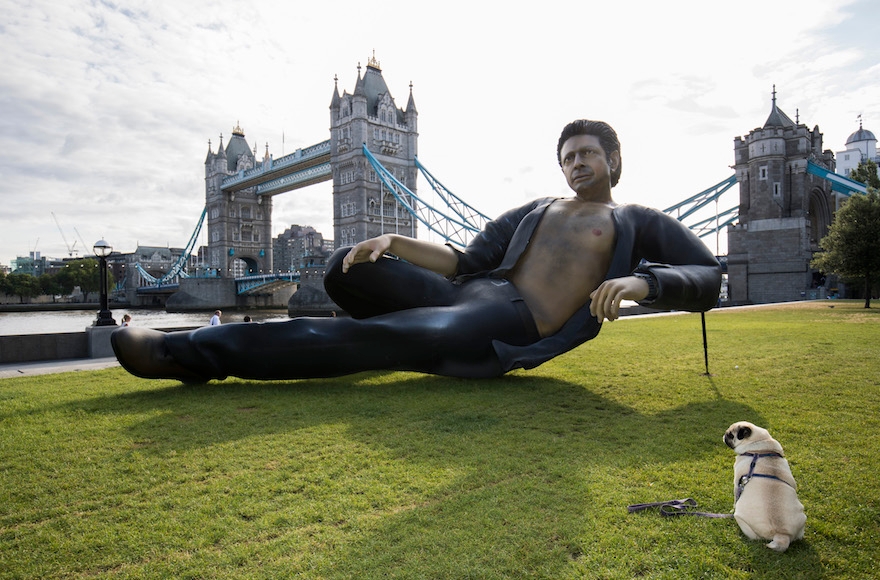 (JTA) — An enormous statue of Jewish actor Jeff Goldblum has been placed on the bank of the River Thames near London’s famed Tower Bridge.

The statue, which is 25 feet long and portrays Goldblum lounging with his shirt open, was erected by a British streaming service as a temporary exhibition in honor of the 25th anniversary of “Jurassic Park.” In the megahit science fiction film Goldblum played Dr. Ian Malcolm, a sarcastic and cynical mathematician. The pose and outfit come from a scene.

The Goldblum statue is not the only oversize representation of an American celebrity to be shown off in London in recent days.

Last week, protesters flew a giant inflated balloon shaped like a baby Donald Trump during the U.S. president’s visit. According to CNN, the Trump Baby, diaper and all, will soon be coming to the United States. Activists plan to fly it near one of the president’s golf clubs in New Jersey.