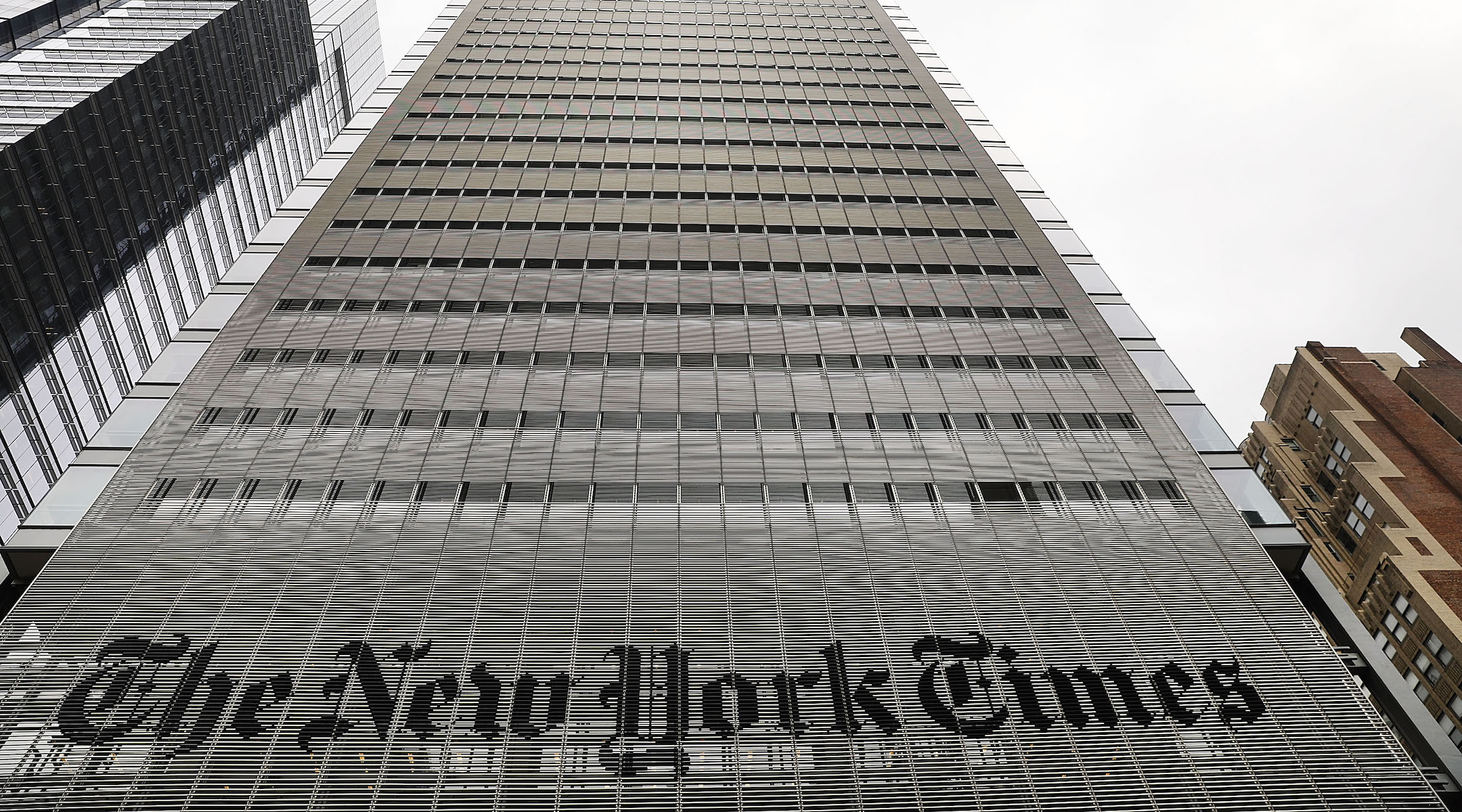 (JTA) — The New York Times has updated its style guide and now favors the use of the spelling “antisemitism” over “anti-Semitism.”

The change was made in August but was not announced publicly at the time. Jewish Insider reported the change Tuesday.

The spelling of the term has been the subject of debate for years. One of the loudest voices for dropping the hyphen has been Deborah Lipstadt, the historian who was recently nominated by the Biden administration as the State Department’s antisemitism envoy. Lipstadt has argued that keeping the hyphen and capital “S” implies the existence of a racial category called “Semite” that obscures actual hatred of Jews. The International Holocaust Remembrance Alliance and the Anti-Defamation League also support the hyphen-less version.

Earlier this year, the Associated Press updated its style guide, which is used by media around the world, including this one, to adopt the hyphen-less version of the word. The Jewish Telegraphic Agency followed suit and The Times adopted the change in August, which it announced in a memo to editors at the paper.

“We are dropping the hyphen and lowercasing the S, which is now the style of The Associated Press and is preferred by many academics and other experts. Those who favor antisemitism argue that the hyphenated form, with the uppercase S, may inadvertently lend credence to the discredited notion of Jews as a separate race,” the memo stated.