(JTA) — Every Jewish generation gets the peace movement it doesn’t think it deserves.

In the 1970s it was Breira, a tiny group of dovish American Jews who thought it was time for Israel to talk with the Palestine Liberation Organization and figure out some sort of coexistence between Israelis and the Arabs living on land captured by Israel in the Six-Day War. Mainstream Jewish organizations appeared deeply threatened by the group, issuing angry denunciations that led to its demise in 1977.

In the 1980s it was Peace Now, led in Israel by activists and former military leaders who opposed further settlement building. When its American support group applied for membership in the Conference of Presidents of Major American Jewish Organizations, organizations on the right objected furiously and it took a secret ballot for Peace Now to be eventually approved.

Ten years ago saw the launch of J Street, the “pro-Israel, pro-peace” lobby that positioned itself as a dovish alternative to the American Israel Public Affairs Committee. J Street dared to suggest that the U.S. government apply pressure on both sides to reach a solution to the conflict, allowing politicians to point to a Jewish constituency for their own left-leaning views on the Middle East. Its 2014 application to the Presidents Conference was shot down, albeit in a fairly close vote. As JTA reported at the time, the “Presidents Conference’s rejection of J Street elicited loud protests from prominent Jewish groups and calls for reform of the conference.”

In all these instances, the groups were only slightly ahead of their time (even Breira could point to some prominent Israeli hawks, including Ariel Sharon and Moshe Dayan, who already suggested talks with the PLO). And in short order, the positions they advocated either became part of official Israeli policy or found a home within the Jewish mainstream.

J Street still isn’t part of the Presidents Conference, but these days its “radical” positions look positively tame compared to the policies and practices of left-wing upstarts like IfNotNow. J Street has always regarded itself as Zionist, and supports a two-state solution to the Israeli-Palestinian conflict: a “national home of the Jewish people” side by side with “an independent, de-militarized state of Palestine.” 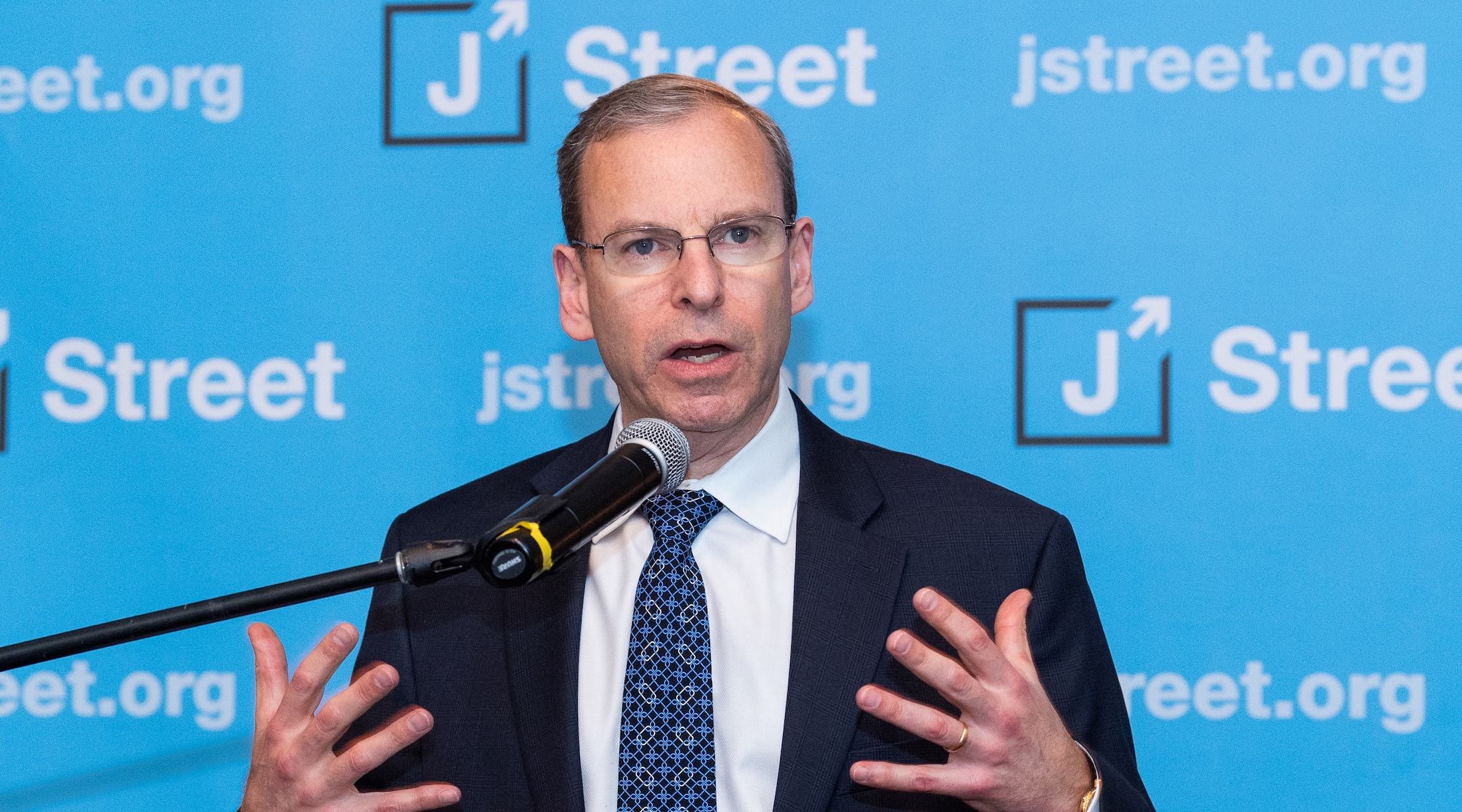 IfNotNow, founded mostly by millennial Jews in 2014, also calls for an end to Israel’s occupation of Palestinians in the West Bank.

“We can no longer base our own liberation on the oppression of others and deny freedom and dignity to the Palestinian people,” one of its founders wrote.

The group focuses on American Jewish institutions, as opposed to the Israeli street, and getting them to “end their support for the Occupation.”

Where IfNotNow differs from J Street and other legacy dovish groups is its seeming disinterest in an actual solution to the conflict. I say disinterest, meaning neutrality, as opposed to indifference.

“We do not take a unified stance on BDS, Zionism or the question of statehood,” according to its principles.

And that, frankly, drives the Jewish establishment bonkers. Not taking a stand on the boycott Israel movement — its main purveyor calls for an end to Israel as a Jewish homeland — is bad enough. But suggesting that Zionism itself is up for debate is quite another.

Dovish groups, which have long supported the two-state solution and don’t see an alternative, don’t understand how IfNotNow can pass on the “question of statehood.” That lack of a unified stance leaves the door open for the one-state solution, either as understood by the left — a binational Jewish-Palestinian state sharing the land and governance — or by the right, an Israeli annexation of the territories that would offer Palestinians there at best Kashmiri-style autonomy, at worst a version of apartheid.

“You need to favor some sort of solution,” Jeremy Ben-Ami, the president of J Street, told me earlier this week when I asked him about IfNotNow. “It’s not enough to say that only the problem is worth your while to focus on.”

Ben-Ami suggested that IfNotNow is unwittingly a mirror of President Donald Trump, who has said that it is up to the parties to decide if a two-state solution is best.

It may also be reflecting the Jewish right, which has long crowed that the peace process is dead and probably didn’t deserve to live in the first place.

The new Jewish left didn’t come out of nowhere. Its members have grown up hearing Jewish organizations talk of Jewish values and a just solution for Israelis and Palestinians, but in their lifetimes have seen no progress. Little wonder they are rejecting the mainstream’s views. And they don’t think the mainstream Jewish left is any more credible than the mainstream right.

Jewish organizations in every era have complained that the dovish upstarts are outside that mainstream, blaming their lack of Jewish identity or education for their radical views. In truth, these movements are often led by insiders — young  people or disillusioned veterans who are engaged enough with Jewish life to recognize its contradictions. The IfNotNow generation was raised on a story that Jews embraced peace above all other values, that Israel and the Palestinians could work it out, and that Zionism meant a Jewish democracy.

All three propositions are now up for debate. And while the mainstream right and left have clear solutions of their own, the new left has given up on solutions altogether.