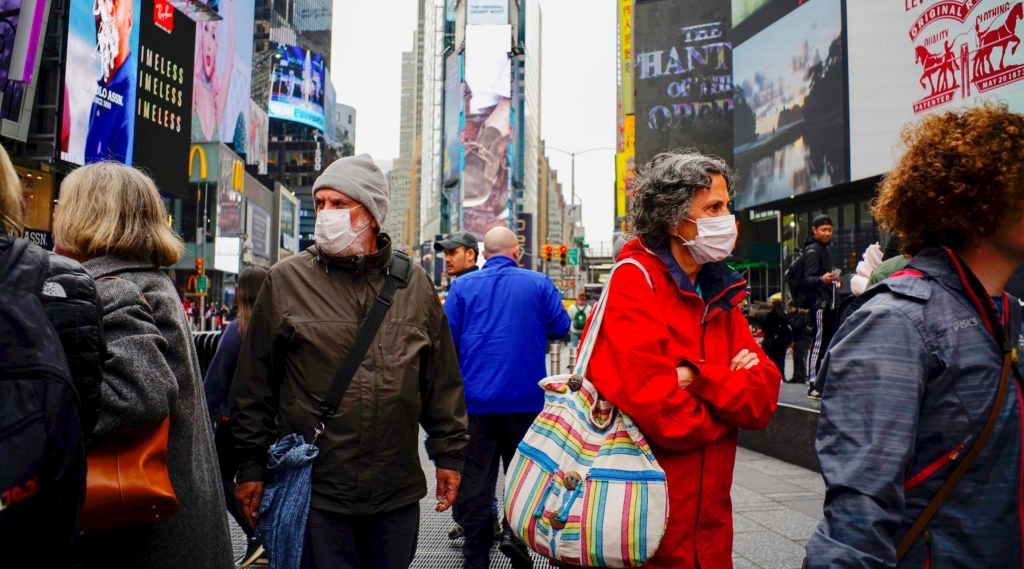 NEW YORK (JTA) — The spread of COVID-19, a new coronavirus, is reshaping Jewish communities. We’re collecting the news flowing in from across the globe here.

(If you want to skip the minute-by-minute updates and just understand the broad ways that Jewish life is changing because of the coronavirus, we’ve got you covered here.)

As always, we want to hear from you. Have questions or tips? Email us.

7:07 p.m No rooms for Yeshiva University basketball players: The DoubleTree by Hilton Hotel in Pikesville, Md., reportedly canceled the reservation of Yeshiva University’s men’s basketball team over coronavirus concerns. Y.U. is scheduled to play Friday against Worcester Polytechnic Institute in the first round of the NCAA Division III Men’s Basketball Tournament.  The AP reports that the team managed to make alternative hotel arrangements.

4:08 p.m. Another school principal in quarantine: Rabbi Tomer Ronen, head of school at Yeshivat He’atid, an Orthodox elementary school in Teaneck, New Jersey, announced that he has decided to self-quarantine. In an email to the school community, Ronen explained that he had not been asked to quarantine himself by any medical authorities but was choosing to do so as a “precaution” because his wife, Deganit Ronen, is self-quarantined because she is the principal of Westchester Torah Academy, where a family tested positive for coronavirus.

4 p.m. Sticking with plans is also news: Ma’ayanot, an all-girls Modern Orthodox high school in Teaneck, New Jersey, has decided to move forward with its annual dinner on Saturday night. In an email to the school community, board president Daniel Altman said the decision was made in consultation consultation with “medical personnel, including infectious disease specialists, and in accordance with guidelines set forth by the CDC.”

The school is asking people not to come if they are sick or symptom-free for less than 24 hours. Altman added: “[P]lease do not be offended if there are fewer hugs, handshakes and fistbumps than usual. Please further note, that similar to the town in Footloose, there will be no dancing at the dinner. ”

3:45 p.m. Potential cancellations mount: The Jewish Funders Network is weighing whether to proceed with its annual conference, which brings together some of the world’s leading supporters of Jewish charitable causes and identity-building programs.

This year’s gathering is set to take place in Palm Beach, Florida, March 22-24. Andrés Spokoiny, president and CEO of the organization, sent an email out to attendees saying organizers are holding “serious discussions about how to proceed, exploring a variety of options, including, but not limited to, cancelling or postponing the conference.”

2:50 p.m. Quarantine tally in Israel rises: After Israel added new travel restrictions, the number of Israelis estimated as being under quarantine because of their prior travel has risen to 80,000.

2 p.m. Options for synagogue-goers under quarantine: Some synagogues are canceling services — or having them canceled, in the case of one suburban New York Orthodox congregation attended by a coronavirus patient there. And some synagogue-goers may be wary of large gatherings right now.

So a crowdsourced list of synagogues offering livestreamed services could be a useful resource.

Participating in Shabbat services via livestream won’t be possible for Orthodox Jews, for whom a strict interpretation of Jewish law precludes using technology during the weekly observance. But Orthodox rabbis have advised that anyone who is under quarantine can use a livestream to fulfill the requirement to hear the story of Esther read aloud on Purim, a holiday when using technology is allowed.

The P.A. is working with Israeli health officials to contain the spread of the disease there, The Jerusalem Post reports.

10:21 a.m. Aliyah event canceled: A major gathering for Americans planning to move permanently to Israel has been canceled. The Nefesh B’Nefesh “Mega-Aliyah” event had been set for March 15 in Teaneck, New Jersey; 1,250 emigrants and their families were expected to attend. The group, which says it has helped more than 60,000 Americans move to Israel over the last 18 years, announced that it would instead hold an online event.

8 a.m. El Al downsizing as travel restrictions mount: Israel’s national airline is laying off workers, citing reduced travel because of the coronavirus. The airline has been in a financially precarious state for years, and travel restrictions imposed by the country’s Health Ministry have led to lower-than-projected ticket sales this winter.