The Jewish response to climate change: Back from COP26, Hazon’s CEO reflects on what’s needed to combat the threat 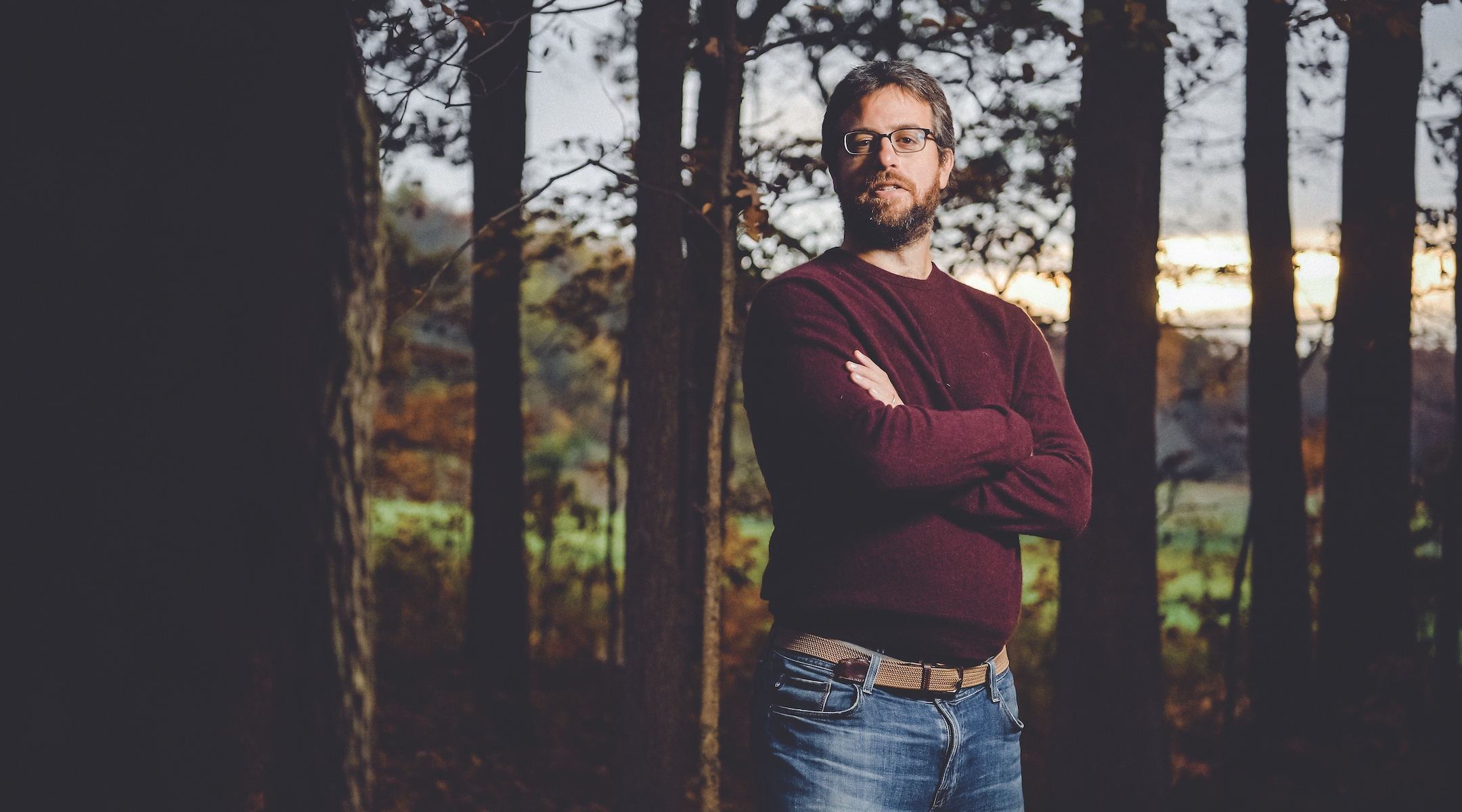 (Baltimore Jewish Times via JTA) — Tens of thousands of leaders and activists from around the world, representing world governments, NGOs and environmental organizations, gathered in Glasgow, Scotland, earlier this month for the United Nations Climate Change Conference, or COP26.

Among those present for the talks was Jakir Manela, CEO of both the Pearlstone Center and Hazon, two Baltimore-based Jewish environmental organizations that are in the process of merging and that represent a sizable voice in the Jewish climate action space.

The stakes were high at the conference, as world leaders struggled to come to workable policy agreements for limiting the most harmful long-term effects of climate change. Many climate activists left COP26 frustrated that not enough was being done. Manela shared some of that frustration, but also said he saw many positive developments in Glasgow — including larger roles for Jews.

Upon his return, the Reisterstown, Maryland resident talked to the Baltimore Jewish Times about his impressions, his concerns and his hopes for the future of the struggle against climate change.

This interview has been edited for clarity and length.

Baltimore Jewish Times: How would you describe this year’s U.N. Climate Change Conference?

Manela: More than any other COP in the past, the world was really watching COP26, because the climate crisis has come to, for lack of a better term, a boiling point. The increased intensity and frequency of wildfires and hurricanes and heatwaves and droughts and rising seas and polar ice melting and the alarm bells being rung by the global scientific community really demand urgent and aggressive action. And finally, the world’s media and the world’s countries and the people all over the world were really paying closer attention to this gathering than ever before.

Were there any moments from the conference that particularly stood out to you?

One is that [at] a number of these high-profile sessions … you look on the screen and you see a number of Jews on the stage, really at the forefront of this work. [I] was very proud to see that.

Then [Saturday], we’d had a beautiful week all week, but [in the] last moment, it was cold and windy and rainy as 200,000 people went to march in the streets to call for more aggressive and ambitious climate action. And there was a lot of optimism from inside the conference itself, from government leaders, and even some of the environmental leaders [who] felt like some of the pledges that had been made were significant.

The marches certainly had some anger and some frustration to them, but also had a lot of love and joy and hope and song and dance. And, just again, people from all around the world marching together, singing together, calling for change together. I was really, really moved by that.

I wanted to connect with multifaith leaders around the world. I was hoping the conference would make significant progress on the path to net-zero [emissions].

Yes to my personal goal. Mixed results on the conference goal. In theory, according to the pledges that have been made, yes — there has been progress. But not nearly enough concrete action is happening yet.

Did the conference have any effect on your future plans for either Hazon or the Pearlstone Center?

Yes. I believe we will now explore what it takes to become a United Nations-accredited organization so that we can continue to bring a Jewish voice to these important global gatherings.

During and right before COP26, Israel pledged to reach net-zero emissions by 2050 and emphasized the role that its startup economy could play in the development of green technology. What do you think of these things?

At our Shabbat dinner, we heard from a number of Israelis, including former members of Knesset. There was general gratitude and support for this pledge, and also criticism — not only of Israel’s leadership but of all leaders who are making these pledges for 30+ years from now. One former member of Knesset said, “Nu? Thank you for promising something on behalf of a future prime minister who won’t be you. What about now? What are you doing now?”

Did you learn anything you did not know before, such as about climate change or the fight against it?

I was really happy to see nature-based solutions promoted in a significant way … If we replace all the coal-fired power plants with solar panels, that actually doesn’t do it. We can have the world covered in solar panels and we’re still going to be in trouble. We need trees, we need green space, we need nature to be preserved and invested in for this to really work. I was happy to see that emphasis.

Do you think coming to the conference as the leader of a Jewish organization gave you a perspective that others might not have had there?

I found in the multifaith gatherings that I was in — I brought one other person with me — but really, we were bringing a Jewish voice that otherwise wasn’t present.

We [Jews] have, every single week, a day when we are supposed to just take a break from all the consumption and all the travel and all the fossil fuel and all the energy, and just enjoy life, be with people you love, enjoy the natural world, take a break. And if we could really embody that as a Jewish people, and really spread that practice across the world, it would actually have a huge impact on our global footprint as a species. So Shabbat is an ecological practice.

How do you think individuals and communities can best contribute to the fight against climate change?

Commit to the Brit Hazon, a personal commitment to creating a more sustainable world. We highlight six key action areas:

A version of this interview was originally published in the Baltimore Jewish Times.