“After 52 years it is time for the United States to fully recognize Israel’s Sovereignty over the Golan Heights, which is of critical strategic and security importance to the State of Israel and Regional Stability!” he wrote Thursday afternoon.

After 52 years it is time for the United States to fully recognize Israel’s Sovereignty over the Golan Heights, which is of critical strategic and security importance to the State of Israel and Regional Stability!

What does that mean, and why does it matter?

Here’s what you need to know about the Golan Heights, the 52-year argument over the plateau and why Trump’s tweet is a big deal for Israel’s upcoming election.

What is the Golan Heights?

The Golan Heights is a territory in Israel’s northeast corner, on the Syrian border. It’s rural, mountainous and mostly empty. Fewer than 50,000 people live there — less than 1 percent of Israel’s population of 8.7 million. Half of the Golan’s residents are Jewish Israelis who live mostly in small agricultural communities. The other half are from a religious group called the Druze, who are mostly citizens of Syria. 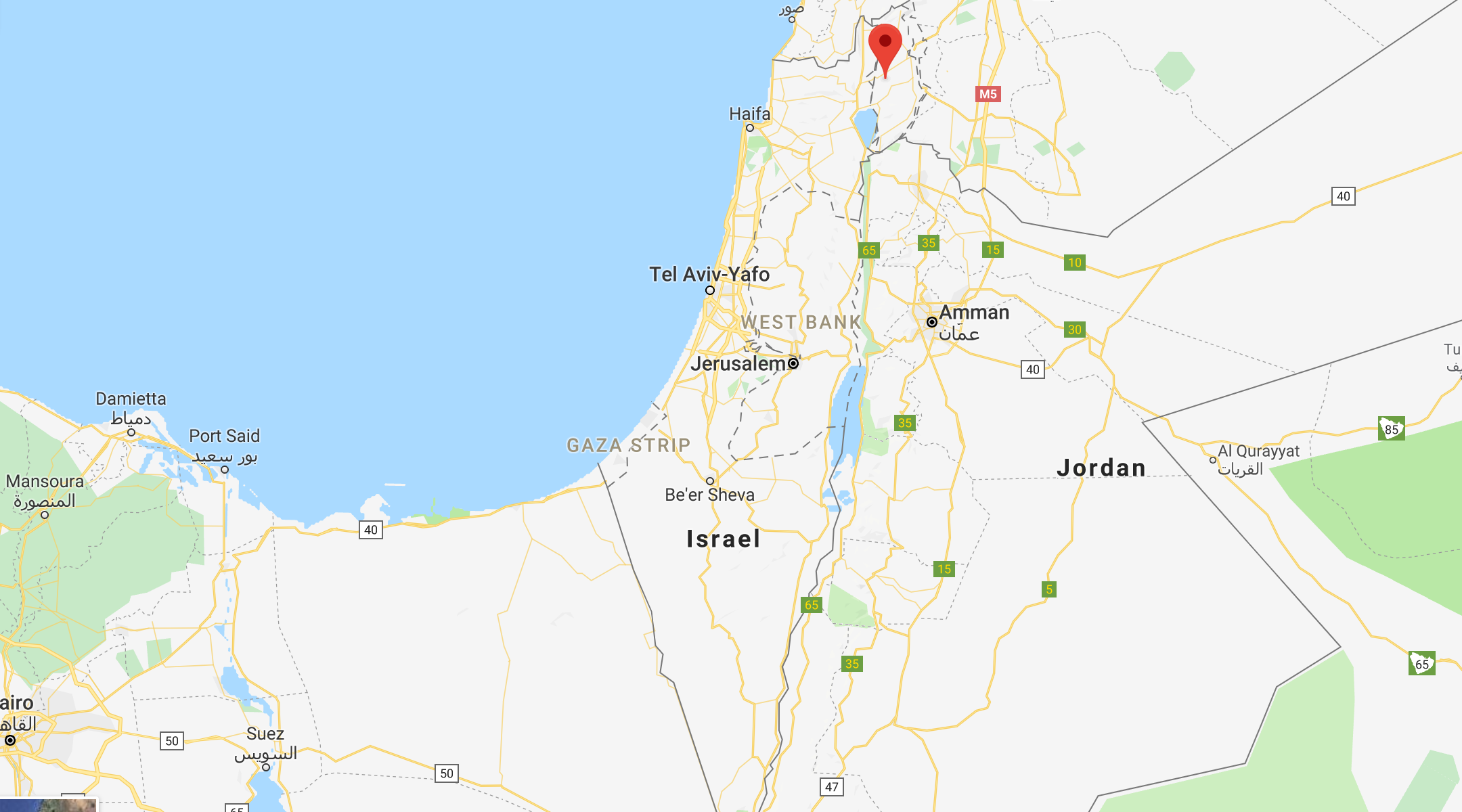 The Golan Heights is a region at Israel’s northeast corner, on the border with Syria. (Google Maps)

What? Why are there Syrian citizens living in Israel?

Good question! The Golan wasn’t always controlled by Israel. Until 1967, it was part of Syria, but Israel took control of the area that year in the Six-Day War. Israelis began moving there almost immediately, and Israel fully annexed the Golan in 1981, treating it like any other part of the country. It offered the Syrian Druze residents citizenship, but most of them have declined.

So now the Golan is part of Israel?

Kind of. Israel thinks so, but no other country has recognized its sovereignty over the heights — including the U.S. The international community sees the Golan as Syrian territory occupied by Israel in a war — a view shared by every president before Trump.

Israel has flirted with returning the Golan to Syria a few times in exchange for a full peace treaty. In the 1990s, and as late as 2010, Israeli prime ministers considered the idea in negotiations.

But Israelis don’t want to part with the Golan. In the ’90s, as peace talks advanced, bumper stickers that read “The Nation with the Golan” spread around Israel. In 2008, when Israel and Syria conducted indirect negotiations, nearly 60 percent of Israelis opposed returning the Golan in exchange for peace. In addition to its stunning landscapes, the Golan holds strategic value for Israel as a high ground that overlooks the country’s north.

And even though no country recognizes Israel’s claim to the Golan, it still isn’t that controversial. Most criticism of Israel relates to how it treats Palestinians in the West Bank and Gaza. But there are no Palestinians in the Golan, and the Druze residents there don’t protest Israel. Even with a civil war raging next door, the Golan is tranquil.

What’s happening with the Golan now?

When the civil war in Syria erupted in 2011, fragmenting and destroying much of the country, talk of Israel giving back the Golan stopped. Israelis worried that it would become a base for terror groups like ISIS, and there was no Syrian government powerful enough to sign and enforce a peace treaty. Plus, did Israel really want to negotiate with Syrian strongman Bashar Assad?

Since then, a range of centrist and right-wing Israeli politicians, including Prime Minister Benjamin Netanyahu, has called on the international community to recognize Israeli sovereignty over the Golan Heights.

“You can imagine what would have happened if Israel were not in the Golan,” the prime minister said Wednesday in a meeting with U.S. Secretary of State Mike Pompeo. “We would have Iran on the shores of the Sea of Galilee. It’s time that the international community recognizes Israel’s stay in the Golan, the fact that the Golan will always remain part of the State of Israel.”

Now that talk has spread to the Republican Party. Last week, South Carolina Sen. Lindsey Graham, a close Trump ally, called on the U.S. to recognize Israel’s claim to the Golan. Trump himself followed suit on Thursday, breaking with half a century of U.S. policy.

It is. First, it makes clear that peace between Israel and Syria isn’t happening anytime soon, even when the civil war ends. If Israel’s hold on the Golan was tight before, it’s airtight now. U.S. recognition would give its annexation a dose of international legitimacy, so Israel is even less likely to withdraw now.

It’s also a big deal for Netanyahu, who is facing a credible challenge to his premiership in the election a couple of weeks away. Trump’s statement is a huge boost in a tight race. Netanyahu has bet heavily on Trump since he became  president, and it’s paid off for him politically. Trump has basically fulfilled Netanyahu’s wish list on everything from recognizing Jerusalem to withdrawing from the Iran nuclear agreement that Netanyahu vehemently opposed.

Now, in a close race and with his career on the line, Netanyahu can tell Israeli voters he’s the prime minister who delivered U.S. recognition of the Golan Heights.

Does this mean anything for the Israeli-Palestinian conflict?

Maybe. After the Six-Day War in 1967, Israel took control of five territories. In the ensuing 52 years, it’s withdrawn from two — the Gaza Strip and the Sinai Peninsula, both in the south — with the goal of making peace.

Israel has also annexed two — eastern Jerusalem and the Golan Heights. Trump recognized the Jerusalem annexation in 2017. Now Trump and his Senate allies are pushing Congress to recognize Israeli sovereignty over the Golan, too. In February, Republican House members introduced a bill to do just that.

The fifth territory is the West Bank, which is way more complicated. Israel hasn’t withdrawn from nor annexed it — yet. But a bunch of right-wing Israeli politicians want to do just that — declare Israeli sovereignty over part or all of the West Bank, where 400,000 Israeli settlers and some 2.5 million Palestinians live.

If Trump recognized Israel’s annexation of the Golan and eastern Jerusalem, could he recognize a West Bank annexation, too?

The answer to that question used to be “no.” Now it’s “maybe.”