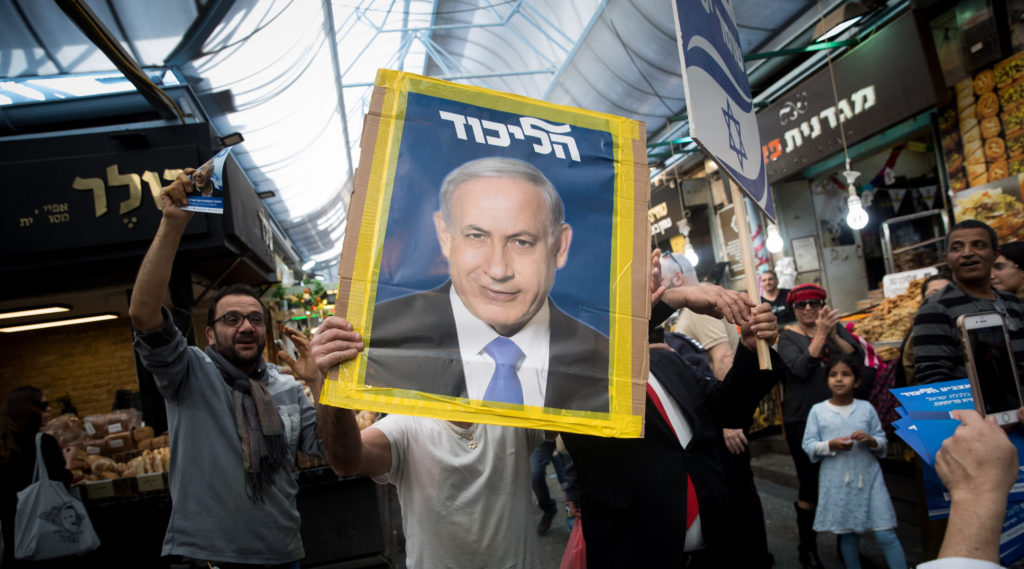 The last polls were published on Friday, the last day to do so by law. Exit polling will begin at 10 p.m. Israel time on Tuesday night.

The same polls all put the struggling Labor Party at 10 to 11 seats, followed by the combined Arab parties Hadash-Ta’al at six or seven seats.

The Zehut party of former Likud lawmaker Moshe Feiglin polled at 5 or 6 seats depending on the survey. Feiglin, whose quasi-libertarian and nationalist party has captured the attention of young people who support the complete legalization of marijuana, polled at a consistent five or six seats in Friday’s tallies.

Regardless, Israelis are notorious for changing their minds about who to vote for.

A party must garner at least 3.25 percent of the total vote in order to pass the threshold to enter the Knesset. Of the over 40 parties running in this national election, only about 14 parties will manage to pass that threshold.

Following the election results, Israeli President Reuven Rivlin will meet with the heads of each party to find out who they would choose to form a government with. Because in most polls the right wing bloc appears to have enough seats to form a government, even if Netanyahu’s Likud party comes in several seats behind Blue and White, it likely will be Netanyahu and not Gantz who is tasked with forming the next government.

Things were thrown into a tailspin on Sunday, however, when Zehut’s Feiglin — who had been saying in recent days that he would be willing to join a government led by either Netanyahu or Gantz, as long as he could advance his party’s policies — said that he is considering recommending himself as prime minister.

Netanyahu pulled out all the stops in an effort to strip votes from some of the smaller parties on Sunday, telling right-wing supporters that if they chose to vote for a smaller right-wing party that Likud might not have enough votes for Rivlin to realistically allow Netanyahu to form the next government. Whether that is true remains to be seen.

The prime minister also vowed to consider annexing the West Bank if elected, in an effort to rally right-wing voters.

Paper ballots cast throughout the country will be counted on Tuesday night, with a preliminary total on Wednesday morning. Votes cast by soldiers on their bases, patients in hospitals, and diplomats working overseas are added in later.