(JTA) — One could make an entire documentary on just Ilhan Omar’s past month. In a few weeks, due to tweets about the nation’s biggest Israel lobby and comments that some have found tacitly anti-Semitic, the freshman congresswoman from Minnesota has been at the center of a crisis within her Democratic Party.

She’s been called an anti-Semite, a bigot, an enemy of the State of Israel and, alternatively, a groundbreaking presence in electoral politics, a pioneering voice and a fearless progressive who is changing the conversation about the Jewish state.

Whatever one’s views on Omar, one of the first two Muslim women elected to Congress, she has quickly become among the most talked-about politicians in the country.

That makes the timing of the release of a documentary titled “Time for Ilhan” (it hit streaming platforms on March 5, and will be shown at a series of one-off screenings in U.S. cities throughout the month) almost humorously ironic — especially because the film does not touch on anything related to her current controversy. It is instead a behind-the-scenes look at Omar’s first campaign for office, when she ran successfully for a seat in Minnesota’s  legislature in 2016 and became the first Somali-American elected official in the United States.

In that election, Omar defeated a Jewish incumbent, Phyllis Kahn, who had served in elected office for over 40 years, in the Democratic primary.

The film is a street-level campaign documentary in the tradition of Marshall Curry’s “Street Fight,” R.J. Cutler’s “A Perfect Candidate“ and Josh Kriegman and Elyse Steinberg’s “Weiner.” It provides a probing look at very different candidates running for office in a diverse and rapidly changing district.

But there is no hint of personal animosity, much less religious or ethnic hostility, between Omar and Kahn (a third candidate named Mohamud Noor, also a Somali American, ran as well).

We see Omar, now 37, as a talented retail politician able to make inroads beyond the Somali community in Minneapolis. We also see, contrary to frequent scaremongering by Fox News and other right-wing voices, that neither the Cedar-Riverside neighborhood, nor the city of Minneapolis itself, has fallen under sharia law.

The Israeli-Palestinian conflict does not come up in the film, and the one mention of Judaism is a brief moment, in a campaign strategy meeting, when Omar and her staffers are shown talking about the importance of not allowing any anti-Semitic messaging to be directed at Khan from any of their supporters.

Director Norah Shapiro, who previously made a documentary called “Miss Tibet: Beauty in Exile,” was interested in exploring stories about the Somali immigrant community when she was introduced to Omar by the congresswoman’s sister.

“From her perspective, it was an enormous risk she took, allowing me inside and allowing access,” Shapiro told the Jewish Telegraphic Agency.

The project was approved once Shapiro met with Omar’s staff.

“Pretty instantaneously, we experienced a chemistry and a connection, it was very clear to me immediately that she was remarkable and that she was a rising star,” Shapiro said. 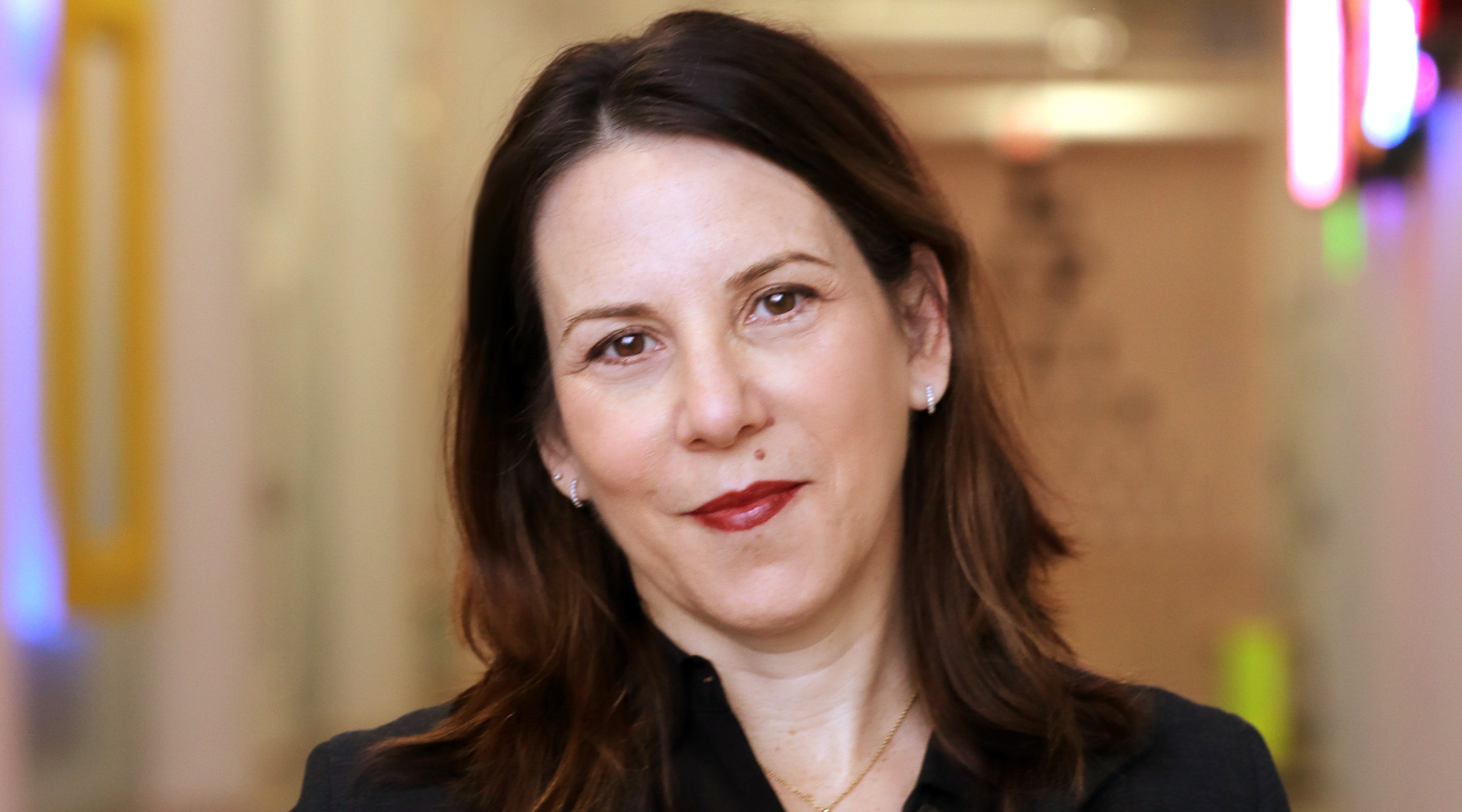 Shapiro actually filmed for longer than originally planned after Omar won her seat in the Minnesota House in 2016 and Donald Trump was elected president and put the Muslim travel ban and other policies in place.

“We made the decision to keep following her then, and followed her into that first year in office,” the director said. “That’s the point at which we really realized there was this larger thing happening, this larger phenomenon that she was a part of, this wave of women, of women of color, and people who traditionally haven’t been in the halls of power.”

(The most famous of those women, Rep. Alexandria Ocasio-Cortez of New York, also is the subject of an upcoming documentary that premiered at the Sundance Film Festival last month.)

The cameras stopped rolling, however, long before Omar ran for Congress, and won, in 2018. And the film, which first premiered at last year’s Tribeca Film Festival in April, was in the can well before the current controversy.

What’s it like to be the Jewish director of a film whose subject is in the news for the reasons she is?

“It was very interesting. I’m not going to be flip about this — as a Jewish filmmaker, as a progressive Jewish woman filmmaker, initially it was disconcerting,” Shapiro said. “I can tell you that my phone was blowing up, and I was hearing from a lot of people. And there was a lot to process.”

After Omar was widely denounced for trafficking in what were seen as historically loaded tropes about Jews and money, the congresswoman apologized, while thanking Jewish allies for “educating me on the painful history of anti-Semitic tropes.”

Shapiro praised Omar for her initial apology, and said that “when people who have not traditionally had a seat at the table, like Ilhan, like Rashida, like Alexandria Ocasio-Cortez, and like Ayanna [Pressley, the freshman congresswoman from Massachusetts], like many people, they will notice different things, and they will ask different questions, and there will be different kinds of conversations.”

However, Omar again drew fire two weeks later for saying during a panel at a Washington bookstore, “I want to talk about the political influence in this country that says it is OK to push for allegiance to a foreign country.”

The idea of “allegiance” touched on tropes about Jews and dual loyalty, and led to another round of condemnation. Things got even uglier last week when the West Virginia Republican Party displayed a poster of the 9/11 attacks juxtaposed with a picture of Omar, and the phrase “Never forget, you said … I am proof you’ve forgotten.”

Later, an assassination threat directed at Omar was spotted on the wall of a gas station in the Minneapolis suburbs.

Following our initial interview, which took place before the second round of comments by Omar hit the news, Shapiro sent JTA an additional statement showing that for her, like many progressive Jewish Americans, the recent events surrounding Omar have led to plenty of complicated and conflicting thoughts.

“Ilhan has clearly managed to offend many American Jews with some of her language choices in this legitimate debate,” Shapiro said. “After the recent Twitter controversy over her choice of language, she publicly apologized, and committed to learning more about the dangers of anti-Semitism. From her even more recent comments, it appears clear that there is a lot of room for her to engage in this debate with much greater sensitivity and care.

“Meanwhile, I am deeply disturbed about the terrible bigotry, Islamophobia and overt threats that Ilhan is being subjected to. Part of moving forward into a truly more reflective, representative democracy will inevitably involve having these challenging conversations. I hope that ‘Time For Ilhan’ can offer a productive space for having some of these important dialogues, and along the way inspire many more women, people of color.”

“Time For Ilhan” is available on iTunes and Google Play, and also will be available on Amazon Prime at either the end of March or beginning of April.