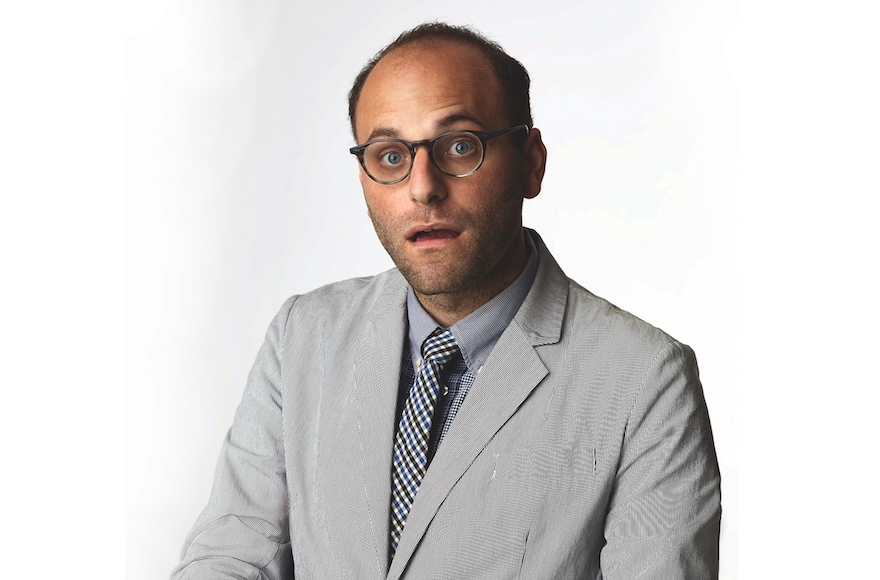 Raphael Bob-Waksberg is the creator of “BoJack Horseman,” one of Netflix’s most successful original TV series. (Netflix)

SAN FRANCISCO (J. The Jewish News of Northern California via JTA) — While growing up in Palo Alto, Raphael Bob-Waksberg was a serious consumer of popular culture. He would watch TV for hours on end and view movies over and over until he memorized them. In particular, he was a huge fan of “The Simpsons.”

“We used to talk about Bart and Lisa at the dinner table as if they were real people,” said his mother, Ellen Bob.

In addition, Comedy Central recently acquired the rights to reruns of “BoJack Horseman,” reportedly making it the first Netflix show to enter TV syndication in the United States. Season 1 reruns are scheduled to begin on Sept. 26.

The show is an adult drama-comedy set in an imaginary Hollywood populated by humans and anthropomorphized animals (the eponymous main character, BoJack Horseman, has a horse’s head and man’s body), and has catapulted Bob-Waksberg’s career to new levels in the real Hollywood.

In addition to his work as head writer and showrunner for “BoJack,” Bob-Waksberg is developing new shows for Netflix and Amazon. He’s also writing a book of short stories scheduled to be published next year by a major imprint.

The 34-year-old’s success has come as no surprise to family, friends, rabbis and teachers in the Bay Area who nurtured his creativity and independent thinking from an early age.

“I think Raphael was really headed in that direction since his teen years,” said family friend Nechama Tamler, a longtime Jewish educator who early on recognized his writing and performing talent.

Simultaneously sad and funny, but mostly funny, “BoJack” is a satire about the elusive nature of happiness. It has gained praise for its intelligent writing that does not adhere to the typical sitcom formula, and there is no emotional closure at the end of each episode. It’s an ongoing, frustrating effort for characters to learn and grow from their mistakes, and to grapple with the meaning of existence.

The titular character, the deeply flawed BoJack Horseman (voiced by Will Arnett of “Arrested Development”), struggles after his successful acting career flounders. Fans still recognize BoJack for his role as a young, single guy who adopts three orphans in a popular late 1980s sitcom called “Horsin’ Around.” However, now he’s a 50-something depressive addicted to alcohol and drugs. Critically, he lacks the required self-awareness to stop from hurting himself and those closest to him.

When Todd (voiced by Aaron Paul of “Breaking Bad”), a slacker who lives on BoJack’s couch and suffers the equine actor’s constant indifference, has had enough of BoJack’s apologies, he yells at him: “You can’t keep doing shitty things and then feel bad about yourself, like that makes it OK. You need to be better … You are all the things that are wrong with you. It’s not the alcohol, or the drugs, or any of the shitty things that happened to you in your career, or when you were a kid. It’s you.”

The message is that there are no easy answers, and that making amends takes hard work. Ultimately, actions speak louder than words.

“When a friend asked me about it after the first season, I said it was about teshuvah,” he said, using the Hebrew word for the Jewish concept of repentance.

For his part, Bob-Waksberg wasn’t quite sure how to answer when asked whether his Jewish identity influences his writing, and in particular the melancholic humor of “BoJack.”

“Asking me that question is like asking a fish how much being in water has affected it,” he said. 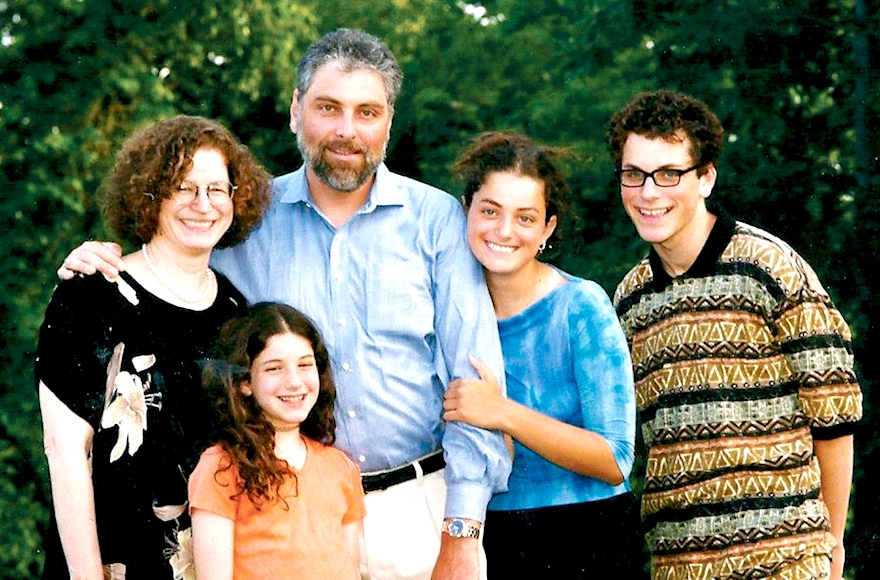 Bob-Waksberg grew up in Palo Alto in the late 1980s and 1990s with two younger sisters, Becky and Amalia, in a family that was — and still is — very involved in the Jewish community. David Waksberg worked to free and resettle Soviet Jewry, and is now the CEO of the San Francisco-based Jewish LearningWorks, the central agency promoting Jewish education in the Bay Area. Ellen Bob ran a Judaica store (Bob and Bob) with her mother for 26 years, and in 2011 joined Congregation Etz Chayim as executive director.

Humor was always central to life at home.

“We like to laugh … big belly laughs,” Ellen Bob recalled. “David is a great storyteller and joke teller. He would regale the kids with routines from Steve Martin, Woody Allen … and songs from Tom Lehrer. I’m more of a wisecracker. Like my son, nothing gives me more pleasure than to make someone laugh.”

She said she is always pleased when her son makes a point of telling his interviewers (and there are many) that his was a happy childhood, and that BoJack’s family is not based on his family of origin.

“I’m delighted to be known as Raphael’s mother, as long as people don’t think BoJack’s mother is based on me,” she said, alluding to Beatrice Horseman (Wendie Malick), a neglectful and abusive heiress to a sugar cube company who appears primarily in flashbacks.

In looking back on his childhood and adolescence, Bob-Waksberg pointed to Mid-Peninsula Jewish Community Day School (now Gideon Hausner Jewish Day School), the Palo Alto Children’s Theatre and the Gunn High School drama program as other outlets where his creativity was rewarded.

“In school, there were a handful of teachers who understood me. And there were many who didn’t. I didn’t make it easy for them,” he joked.

Rabbi Sheldon Lewis, rabbi emeritus at Congregation Kol Emeth in Palo Alto, recalled Bob-Waksberg as “not an easy student” in the religious school.

“It was because he was so clever and beyond his years in creativity, humor and mischief,” he said.

Despite having grown up in the Palo Alto academic pressure cooker, Bob-Waksberg was never saddled with any expectation that he would become a doctor, lawyer or founder of a startup. His parents were always supportive of his creative leanings.

“It was pretty clear to me that he was going to need to figure a way to make a living through the arts because it was the only thing he knew how to do,” his mother said. 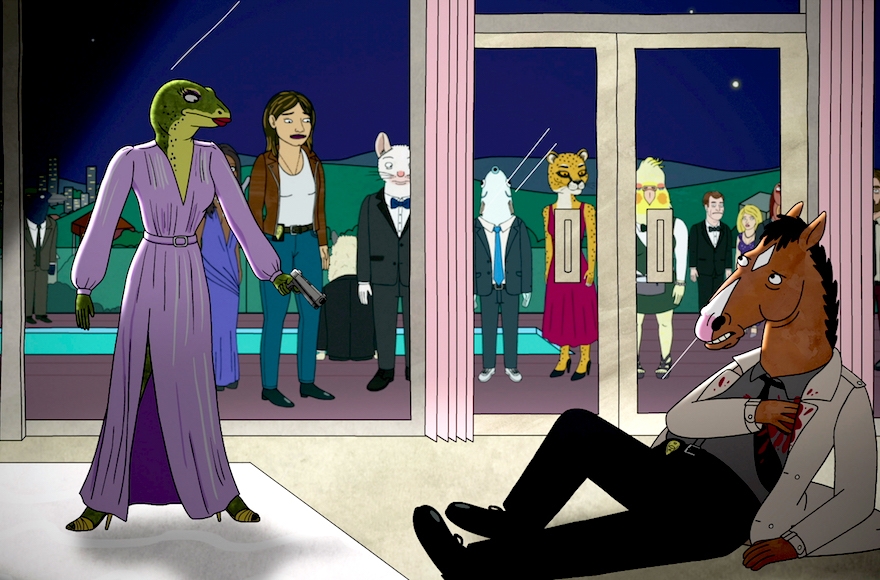 A scene from the fifth season of “BoJack Horseman.” (Netflix)

Like “BoJack Horseman,” the shows Bob-Waksberg is writing for Netflix and Amazon are also animated. It’s not a format the graduate of Bard College in New York originally planned to work in when he moved to Los Angeles after trying his hand at comedy writing in the Big Apple.

In his spare time, he collaborated off and on for a decade with his high school friend, illustrator Lisa Hanawalt, on a cartoon featuring human-like animals, which became the basis for “BoJack.” Hanawalt is now a production designer and producer for the show.

The program was in development with Michael Eisner’s company, Tornante, for a couple of years before it went to Netflix, which wanted it to be put into quick production for a summer 2014 premiere.

“I didn’t know I would get into animation. I was initially writing for live action, but ‘BoJack’ is the one [project] that went,” Bob-Waksberg said. 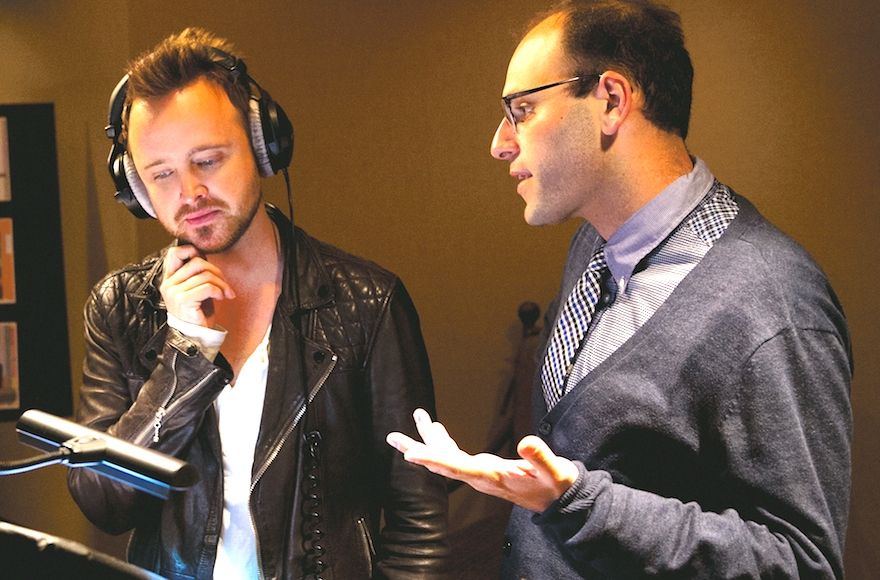 He said this decade has been an exciting time to be working in animation, and that he has an appetite for more.

“Animation is a format, not a genre,” Bob-Waksberg said. “There is a lot to do in animation for adults. What has been done in the past has been limited in scope and has lived in the shadow of ‘The Simpsons.’ The new shows I am developing are about women, which is really fresh.”

Much has changed for Bob-Waksberg in the past few years. On the personal side, he was married a year ago.

Bob-Waksberg and his wife have not yet found a synagogue in Santa Monica that feels like the right fit for them, but they welcome Shabbat on Friday evenings at home.

“My wife grew up more observant than me, so she has been a good influence and has helped me reconnect to Jewish practice,” Bob-Waksberg said. “We even had benchers [blessing booklets] at our wedding, which surprised my parents.”

Professionally, Bob-Waksberg has become more aware of his role and responsibility in the pop culture universe. First, he checks himself as to whom he hires, ensuring that he brings in writers and cast members of diverse backgrounds.

Additionally, he doubts he would now make some of the jokes he made about anti-Semitism, the Holocaust and Nazis in the show’s first season.

“Those jokes were made in the spirit of Mel Brooks, in the sense that you have to laugh at the things that scare you,” he said. “But now I think a lot about how what is said on ‘BoJack’ will be perceived by the audience.”

Speaking to that point, Bob-Waksberg recalled how, as he was growing up in Palo Alto, other kids would tease him with anti-Semitic taunts they had heard on the Comedy Central animated series “South Park.” The writers of that show meant it to be satirical and did not intend to actually be anti-Semitic, but that was lost on Bob-Waksberg’s young tormentors.

He would hope that viewers take dialogue from “BoJack” in context, understanding that it is not what the writers are saying, but rather the flawed characters’ thoughts or opinions. However, Bob-Waksberg said he is more averse these days to taking a writing risk, lest the point be lost or weaponized.

The post The creator of ‘BoJack Horseman’ comes from a home of funny Jews appeared first on Jewish Telegraphic Agency.