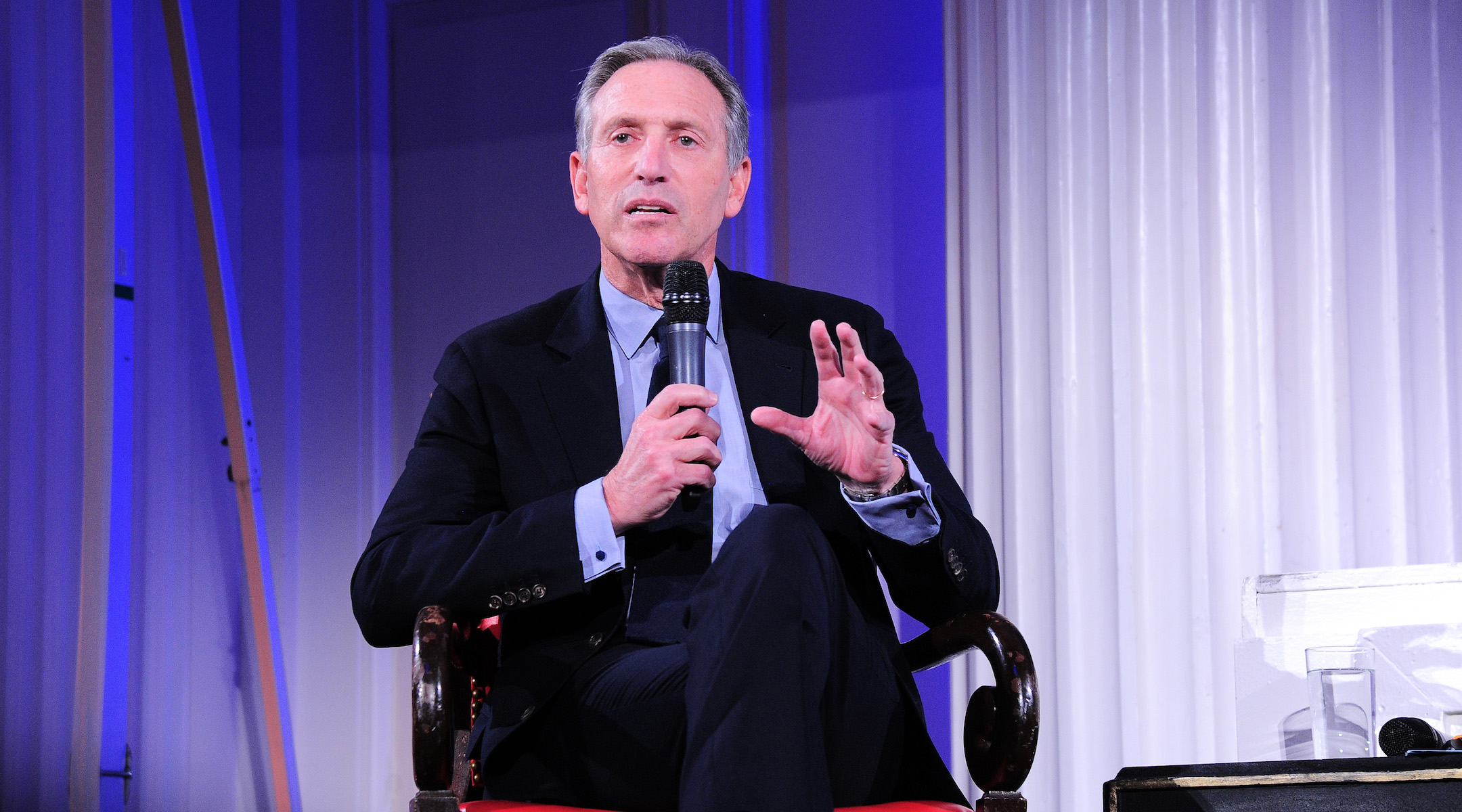 (JTA) — Howard Schultz, the Jewish former CEO and chairman of Starbucks, invoked the Holocaust as he discussed a pending unionization vote during a meeting with Buffalo-area store employees of the coffee giant last weekend, The New York Times reported.

According to eyewitness accounts and a transcript of the meeting, Schultz “noted that only a small portion of prisoners in German concentration camps received blankets but often shared them with fellow prisoners,” and then remarked, “What we have tried to do at Starbucks is share our blanket.”

The analogy, which one attendee told the Times was inappropriate, could be interpreted to imply that Starbucks spreads scarce resources across its workforce. It is unclear why Schultz thought that would resonate with his audience,  employees from three Buffalo-area Starbucks franchise locations who are scheduled to begin voting Wednesday on whether to become the first corporate-owned Starbucks stores to unionize.

The chain had closed the stores for the day so that employees could come to Schultz’s talk, which was part of the company’s efforts to dissuade employees from forming a union. Attendance at the talk itself was voluntary.

About 100 employees will vote in the union election; organizers have cited pressures from the pandemic as well as a tightening labor market for their petition. Union organizers have already filed a charge with the National Labor Relations Board that Starbucks has engaged in “threats, intimidation, surveillance, solicitation of grievances and the closing of facilities” ahead of the closely watched vote at the progressively minded corporation.

Schultz, who stepped down from Starbucks company operations in 2018 after 37 years at the helm but remains its largest shareholder, has occasionally referenced his Judaism to his employees. He formed an exploratory committee to run for president as a third-party candidate in the 2020 election before ultimately deciding not to run. His net worth is estimated at $5 billion.