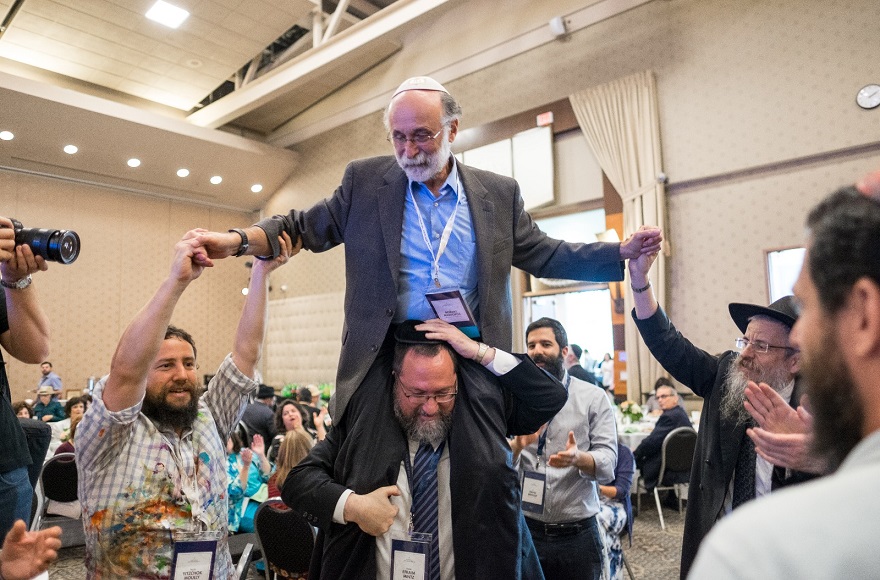 The Rosenbergs were executed in 1953 on charges of illegally giving classified information about the atomic bomb to the Soviet Union, helping enable the USSR to attain nuclear weapons. J. Edgar Hoover, the powerful director of the FBI, called their actions “the crime of the century.”

Meeropol, an attorney, was adopted by another family following his parents’ execution. He spoke on Thursday to a conference organized by the Rohr Jewish Learning Institute, an educational initiative affiliated with Chabad, the Hasidic outreach movement. While there, he wrapped tefillin, the Jewish ritual object, as a belated celebration of being bar mitzvah, or a Jewish adult — a ceremony most Jewish boys have at age 13.

Meeropol has investigated his parents’ case for decades and maintains that his mother was innocent and his father did not pass on nuclear secrets to the Soviet Union.

At the time of their execution, American Jews were afraid that the Rosenbergs’ case would lead to a wider anti-Semitic backlash, which it did not. Some Jews also charged that the couple’s capital punishment was excessive and motivated by anti-Semitism.