Some of the inspiring Jews we lost in 2018

(JTA) — The end of every year brings the grim task of rounding up the prominent Jews who passed away over the previous 12 months. But in doing so, we are able to pay tribute to their incredible lives and accomplishments, and revel once again in the talents and resilience of the Jewish community.

This year, we lost Pulitzer Prize winners, TV stars, scholars, Holocaust survivors, spiritual leaders and many more. Here are just some of those who inspired us the most. 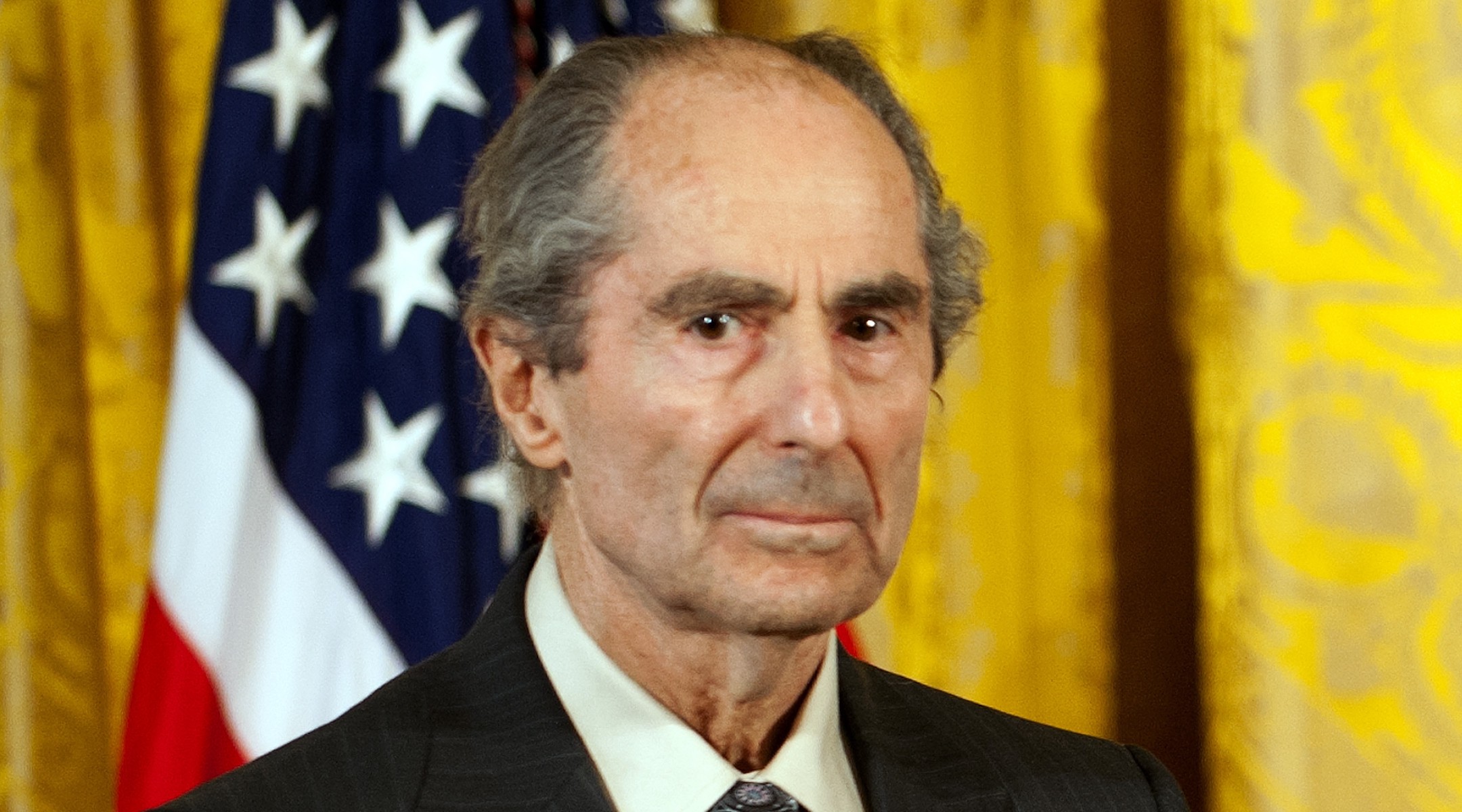 In the end, the giant of Jewish literature never won a Nobel Prize. But his legendary characters and stories, from “Portnoy’s Complaint” to “American Pastoral” (which helped him win numerous other prizes, including a Pulitzer, the National Book Award and a Franz Kafka prize), will eternally live on the American Jewish psyche. 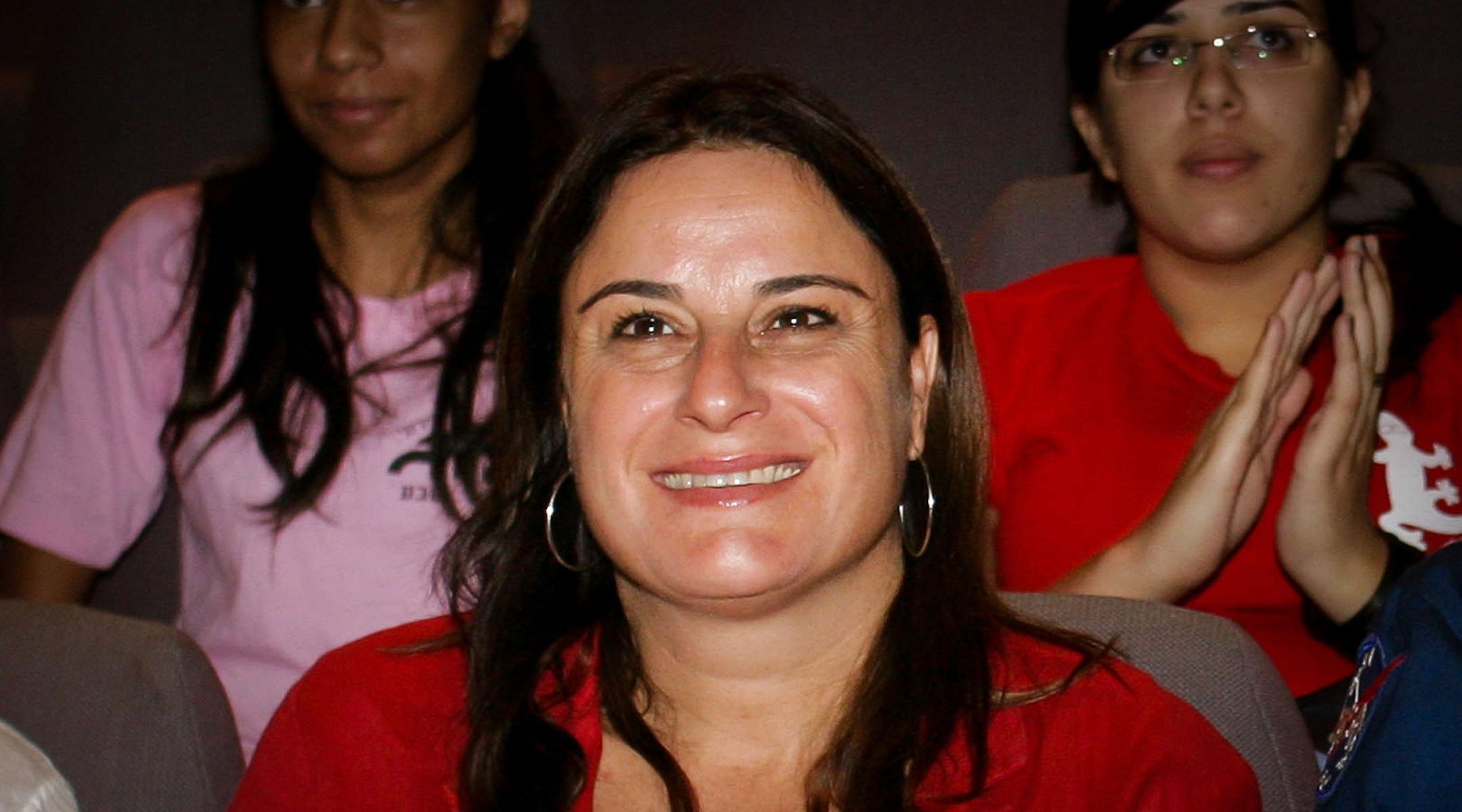 After her husband Ilan Ramon, the first and only Israeli astronaut to make it to space, died in the Columbia shuttle crash of 2003, she became a public figure and started the Ramon Foundation, which promoted academic and social leadership among Israeli youth. Her death this month, of pancreatic cancer at age 54, was especially heartbreaking for many in Israel and around the world. 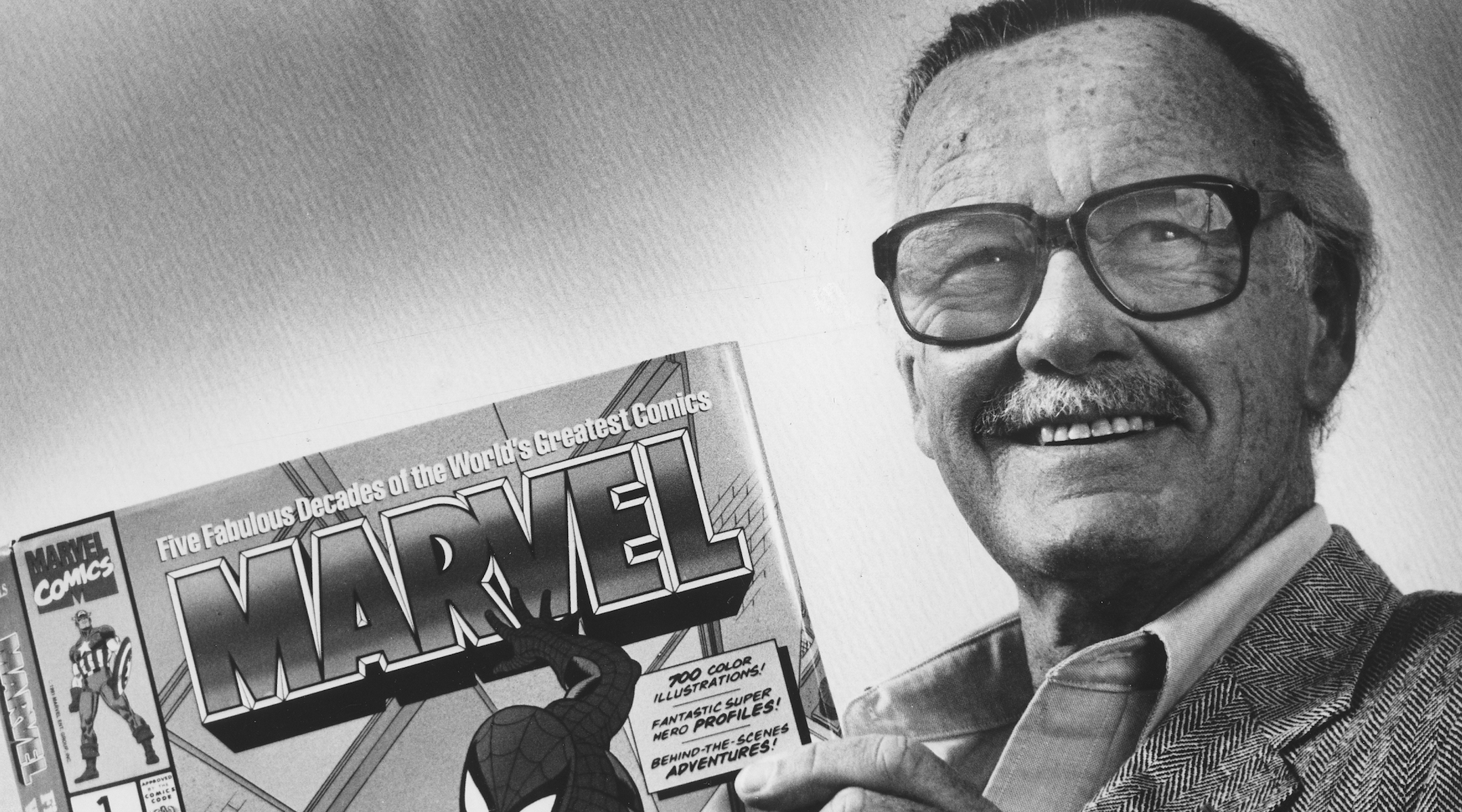 Stan Lee poses with a book of “Spider Man” comics in 1991. Along with Spider Man, Lee created characters such as Iron Man, Thor and The Incredible Hulk. (Gerald Martineau/The Washington Post via Getty Images)

Few had as significant and enduring an impact on the comic book industry — and the international mega-blockbusters that it would eventually spawn — as Stan Lee, the genius behind Marvel comics. Among the characters he co-created with other artists are Spider-Man, the Hulk, the X-Men, the Fantastic Four, Iron Man and Thor. He was born Stanley Lieber to Romanian-Jewish immigrants. 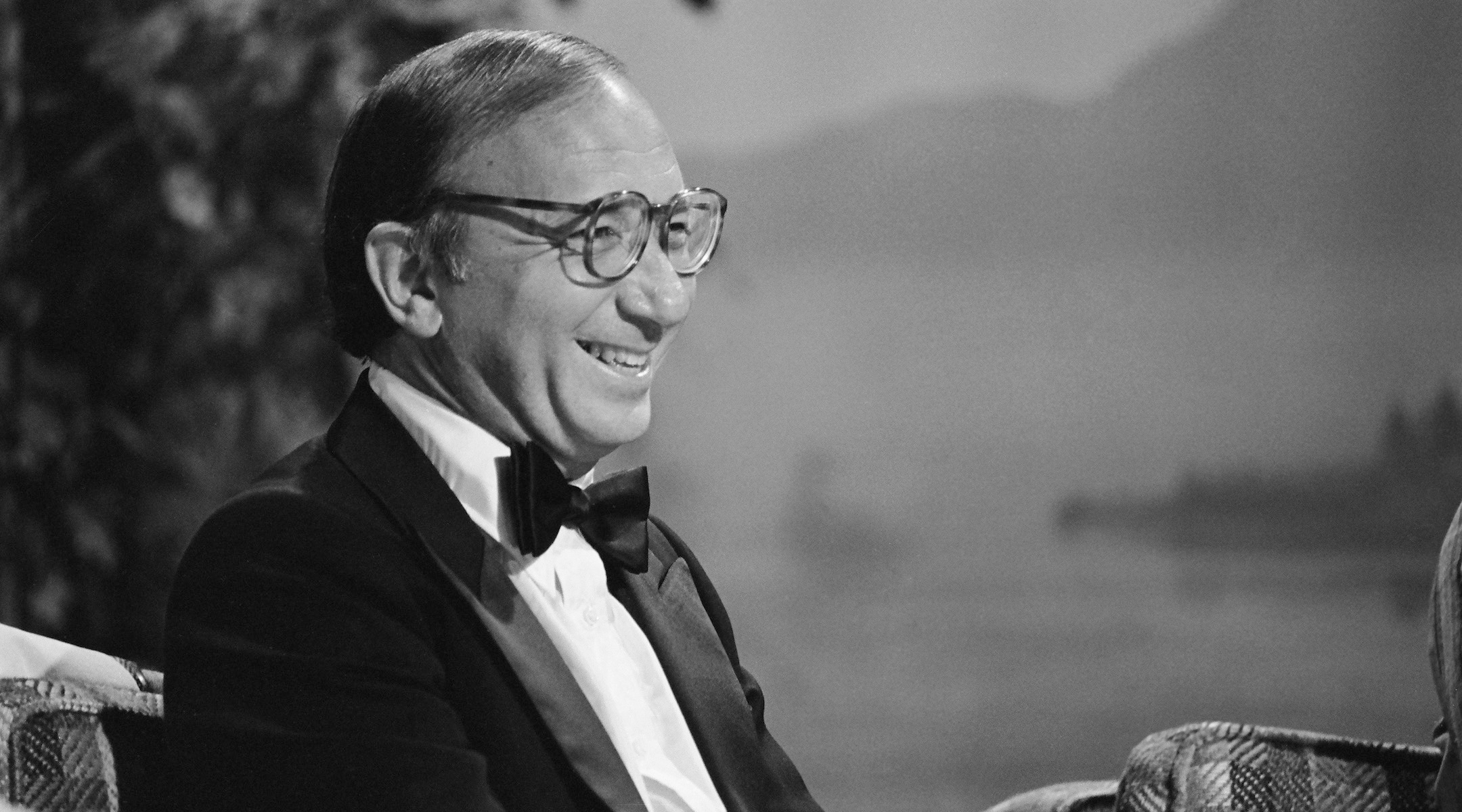 There was arguably no playwright as popular or as astute at exploring the anxieties, and foibles, of middle-class Jews as Neil Simon, whose comedies dominated the Broadway box office for much of the second half of the 20th century. Among his most famous creations for the stage, silver screen and TV were “Barefoot in the Park,” “The Odd Couple” and “Lost in Yonkers,” which won a Pulitzer Prize. 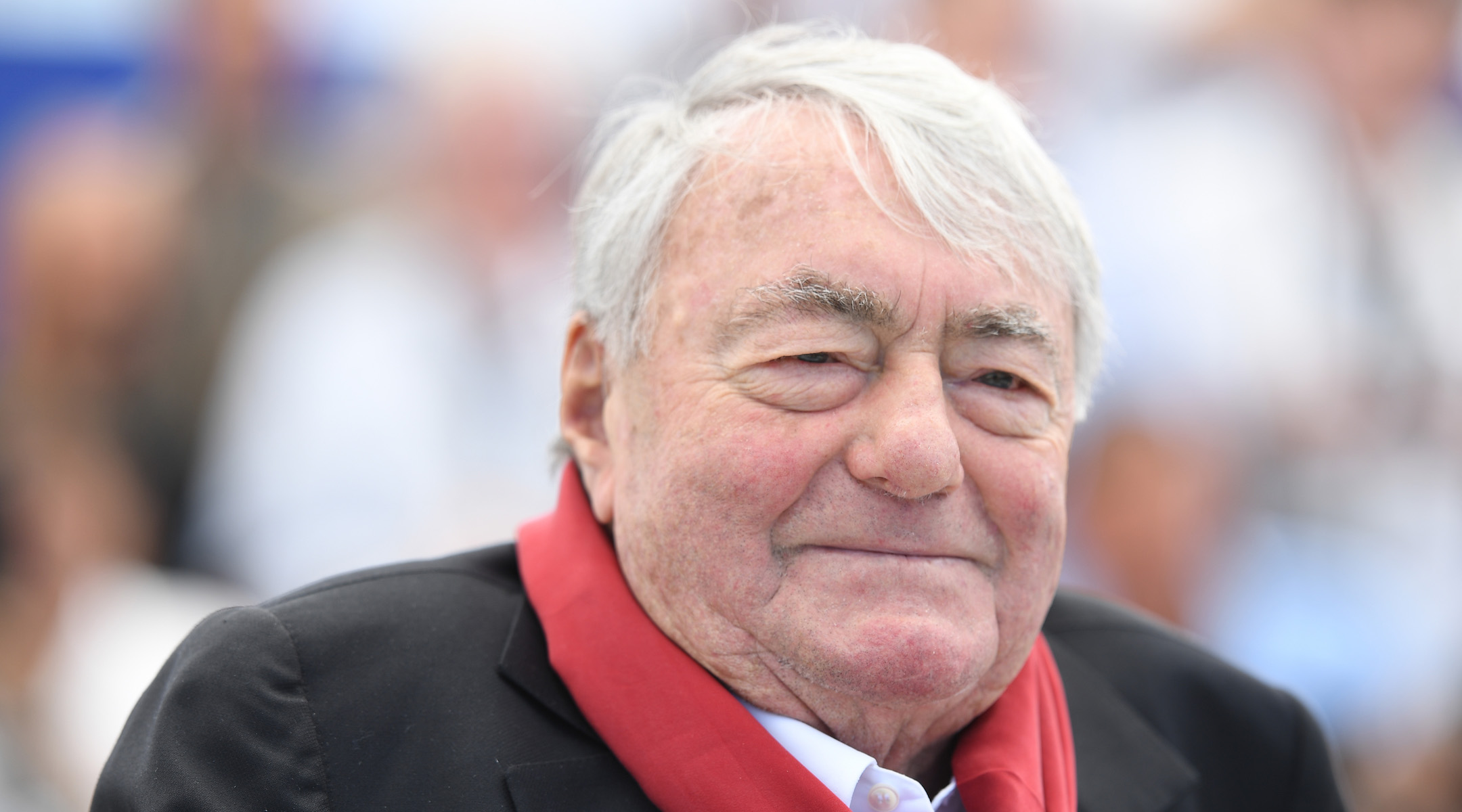 Lanzmann’s “Shoah” — a nine-hour documentary from 1985 — changed public discourse and set the standard for Holocaust filmmaking. “Holocaust films of all genres changed after ‘Shoah,’” the visual director of Yad Vashem told JTA after Lanzmann’s death in July. 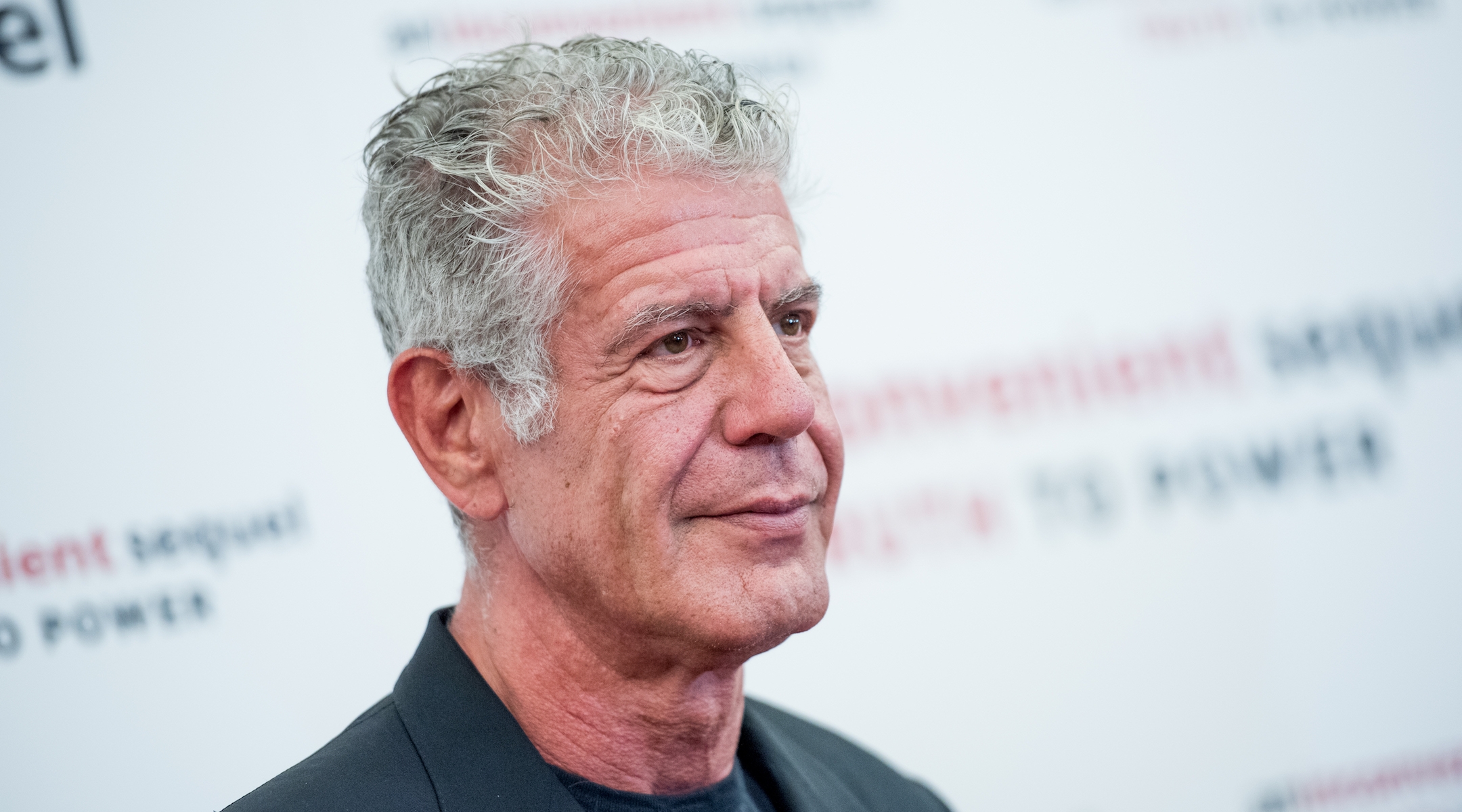 The renowned chef and daredevil travel show host’s Jewish identity — his mother was Jewish but he was never religious — was not widely known or talked about until he made an episode of his CNN series “Parts Unknown” about Israel. While sampling cuisine from Israel and Palestinian territories, Bourdain painted a nuanced portrait of the country’s social and political structures and his own conflicted identity. His suicide in June shocked the world, not just the food industry.

Elsewhere in the food world, Jonathan Gold — the first food writer to win a Pulitzer for criticism, who was known for shedding light on lesser-known ethnic eateries in his native Los Angeles — passed away at 57 in July. 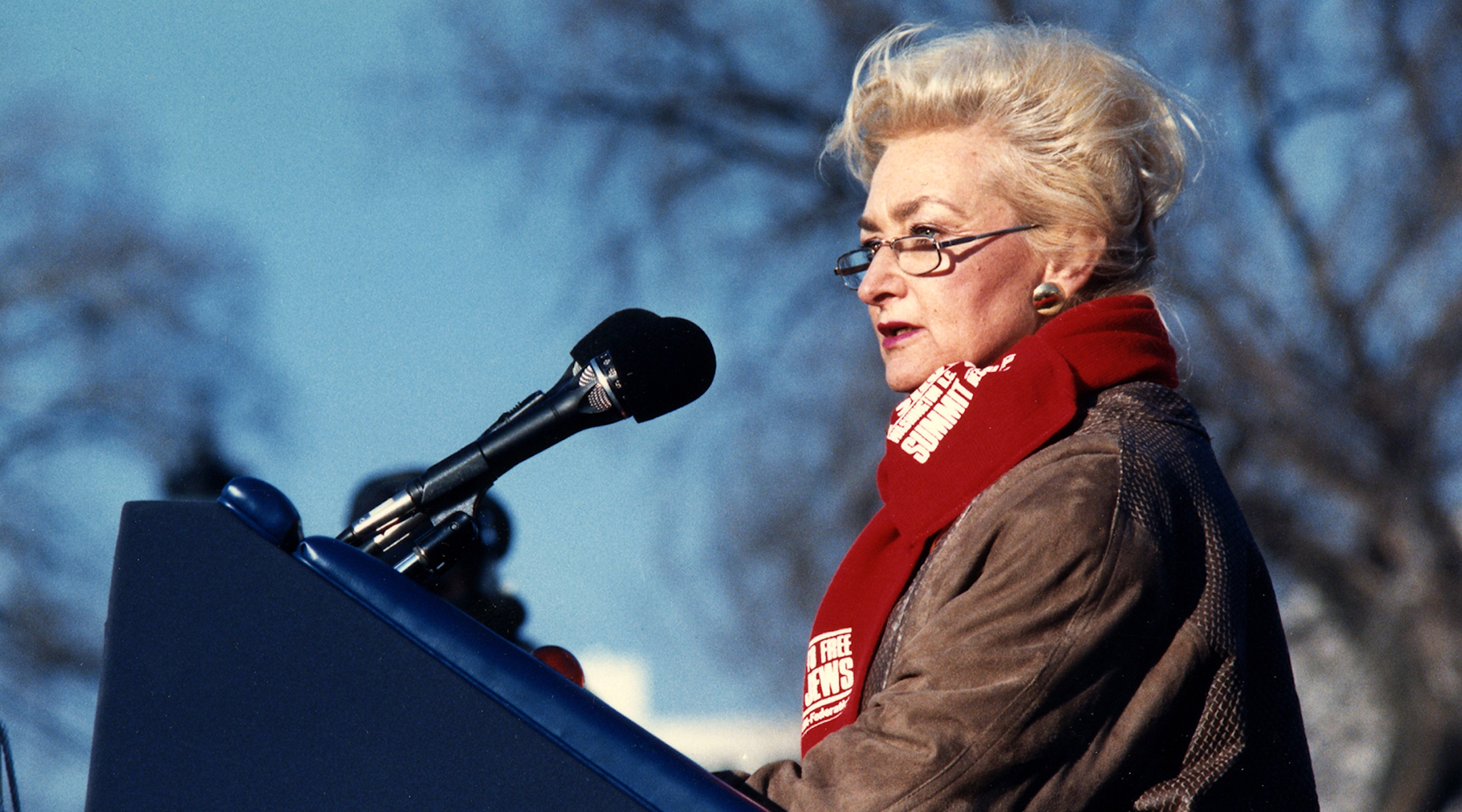 Shoshana Cardin at the Rally for Soviet Jewry in 1987. (Robert A. Cumins)

The iconic institutional leader broke glass ceilings at several of the largest and most powerful Jewish organizations — from her local federation in her native Baltimore to the Conference of Presidents of Major American Jewish Organizations (she was also president of the Jewish Telegraphic Agency from 1999 to 2001). She passed away in May at 91. 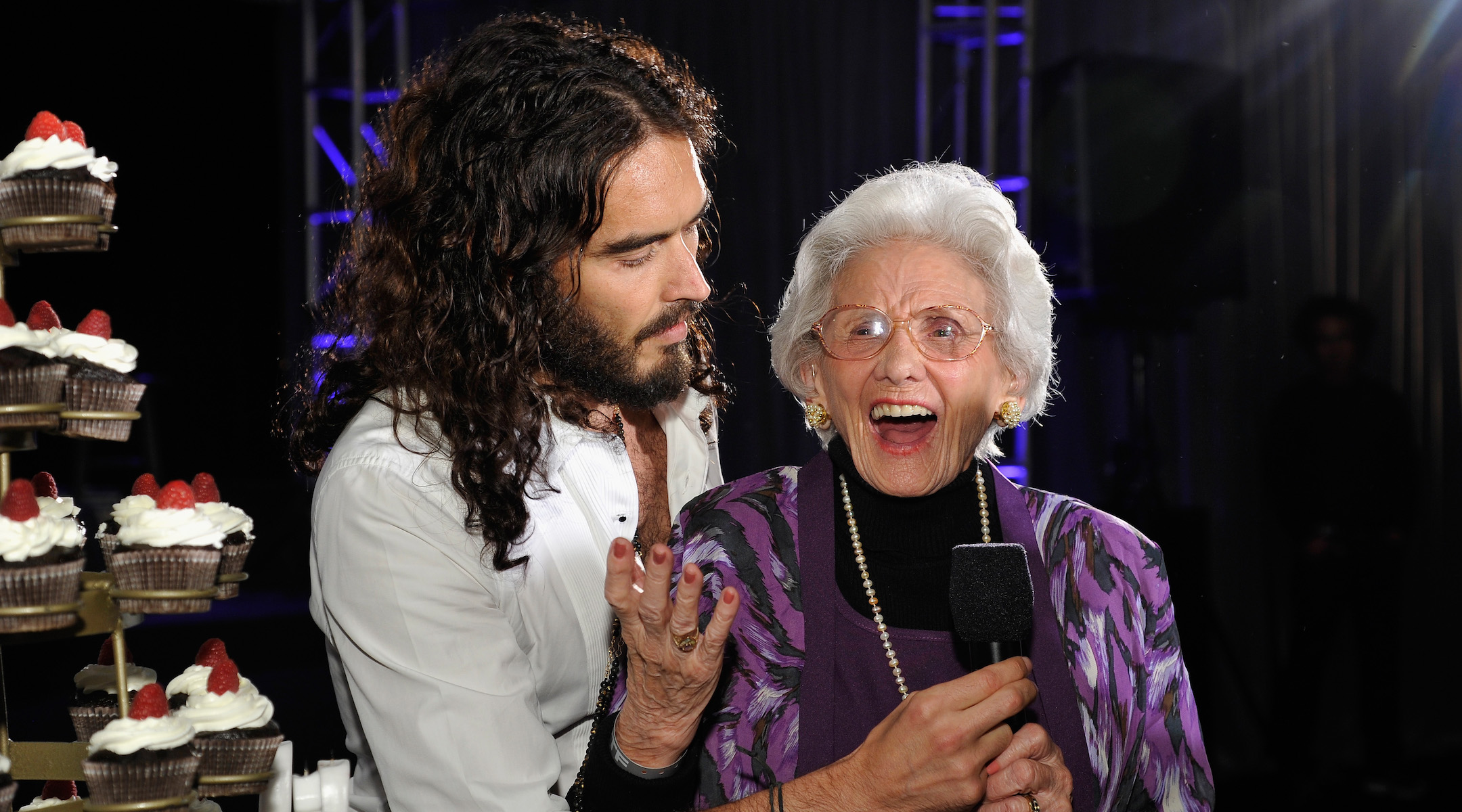 The “Clown Princess of Comedy” was also known as the oldest working woman in Hollywood when she passed away at age 105. Born Rosie Cohen to Orthodox parents, Sawyer had over 140 acting credits, mostly small roles, in films and shows ranging from “Hawaii Five-O” to “Seinfeld” to “Pineapple Express.” 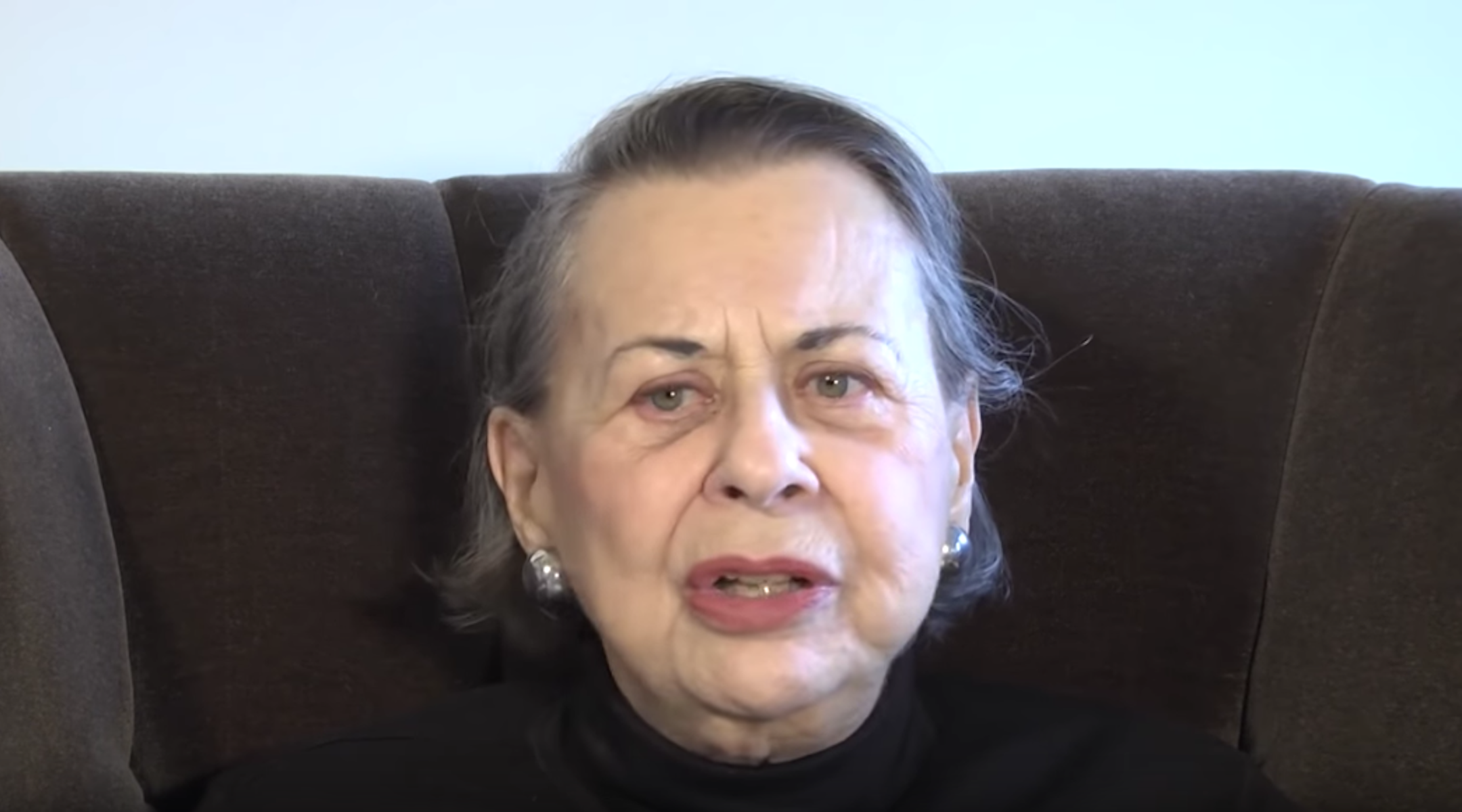 We can thank Berezin, a child of Jewish immigrants from Russia, for the first computerized word processor, which she built and marketed in the late 1960s. “Without Ms. Berezin there would be no Bill Gates, no Steve Jobs, no internet, no word processors,” British writer Gwyn Headley said in 2010. 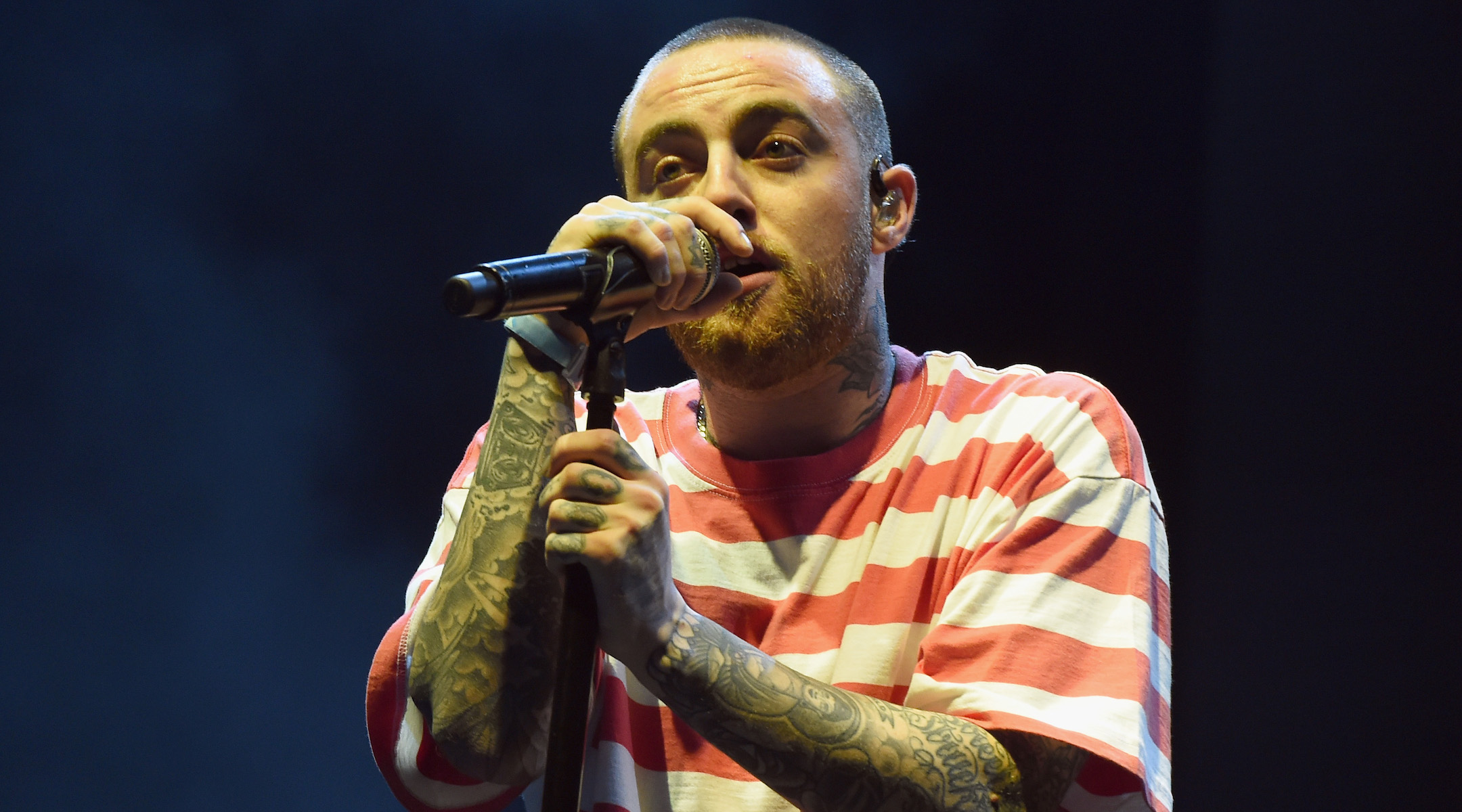 Only 26 at the time of his death — the result of a drug overdose — Miller was somewhat of an unlikely star in the mainstream hip hop world. Born Malcolm James McCormick to a Jewish mother and Irish father in Pittsburgh, Miller at times referenced his Jewish identity in public and in lyrics, and he had a Star of David tattoo. 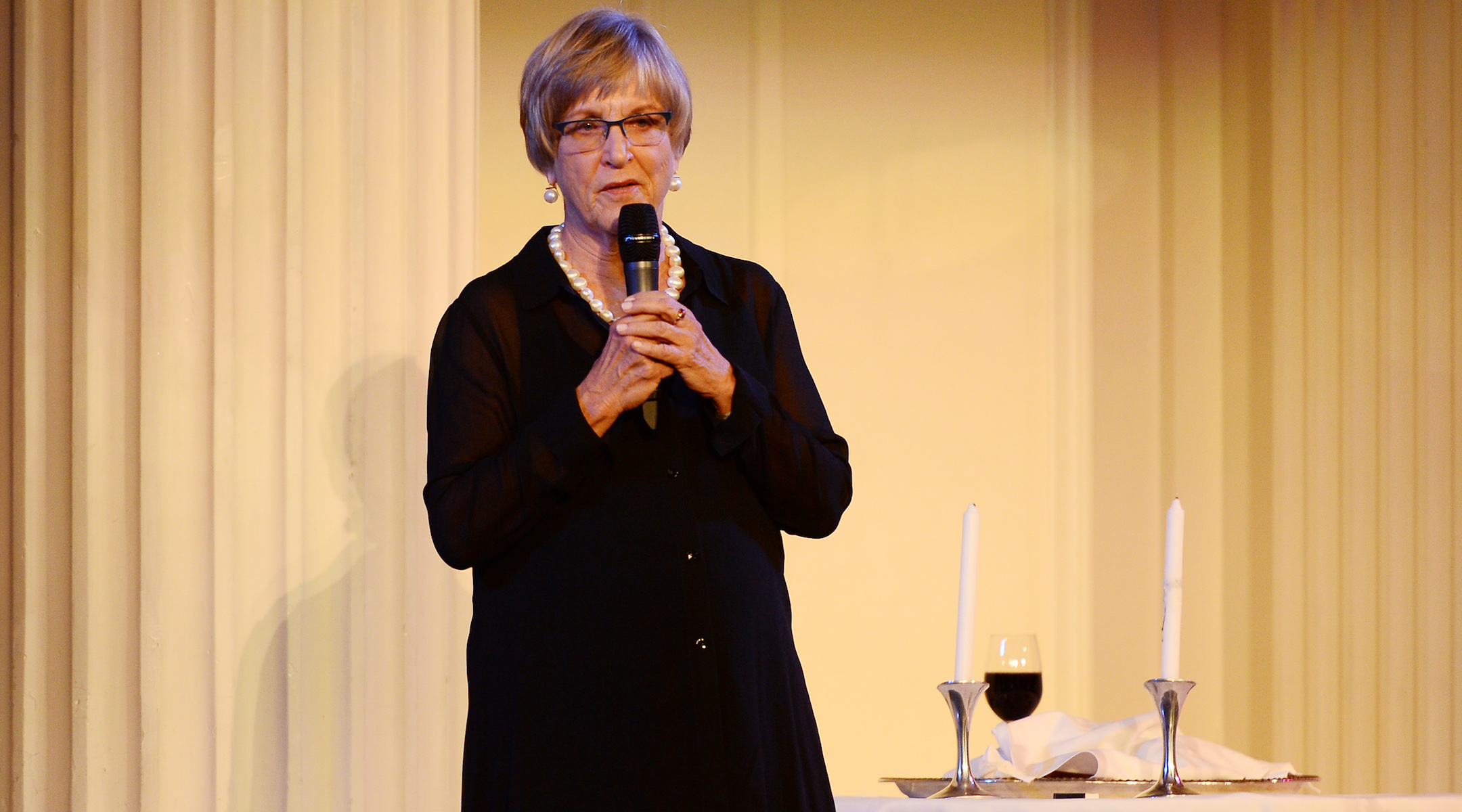 As a pioneer of the Jewish healing movement who was eventually stricken with an aggressive form of brain cancer — the same kind that afflicted the late Sen. John McCain — Cowan felt the need to speak out around the time of a crucial Senate vote on the fate of the Affordable Care Act in 2017. She made a video urging senators to uphold the law and wrote a letter to McCain that made headlines. At the Jewish Life and Values Program at the Nathan Cummings Foundation in New York, she helped direct grants for programs that addressed the spiritual dimensions of serious illness, bringing Jewish wisdom on wellness to a wide audience. 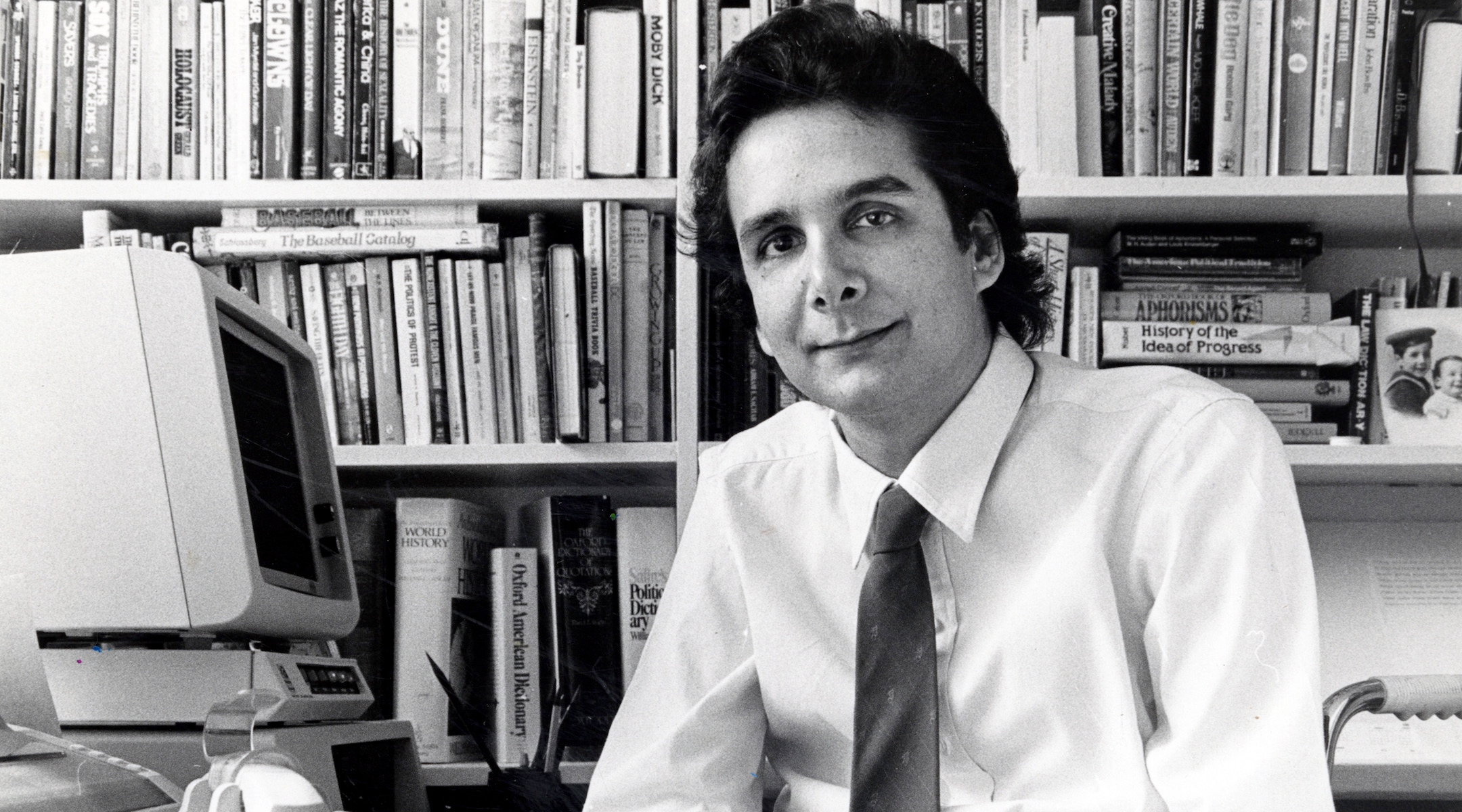 Krauthammer was a first year medical student at Harvard when a car accident left him wheelchair-bound for life. He became a psychiatrist, and then started writing — at first he tried speechwriting, then turned to political commentary. He rose to become one of the country’s most widely known and respected conservative columnists, remaining a staunch Israel supporter along the way. His son Daniel recalled how his dad Charles helped untold numbers of Americans “orient themselves with the political landscape” through his weekly Washington Post column and his frequent appearances on Fox News.

Cohen was one of the first female Jewish studies scholars, when the field itself was still new and emerging. Her research centered on the intersection of politics and religion in the 20th century and she taught at the City University of New York. The LGBTQ activist was best known for her lawsuit against the New York City Board of Education, which established domestic partner benefits for all city employees in 1994. She married Ruthie Berman, in a ceremony officiated by noted LGBTQ Rabbi Sharon Kleinbaum, in 2000, when it was still illegal for lesbians to marry in a civil wedding. 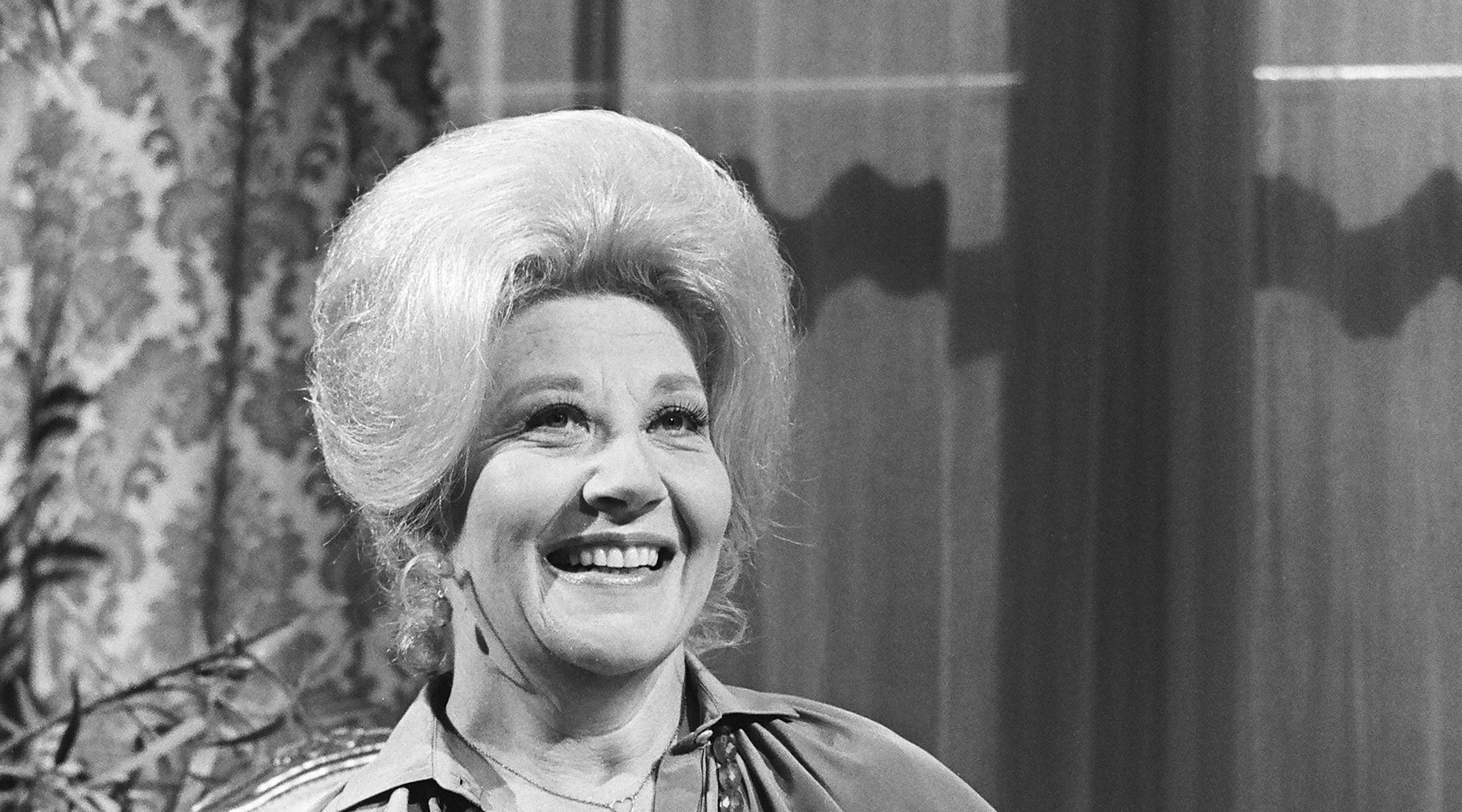 The actress known for her popular role on “The Facts of Life,” and whose performances earned her Tony and Emmy nominations, was born Charlotte Rae Lubotsky in Milwaukee to Russian Jewish immigrants. 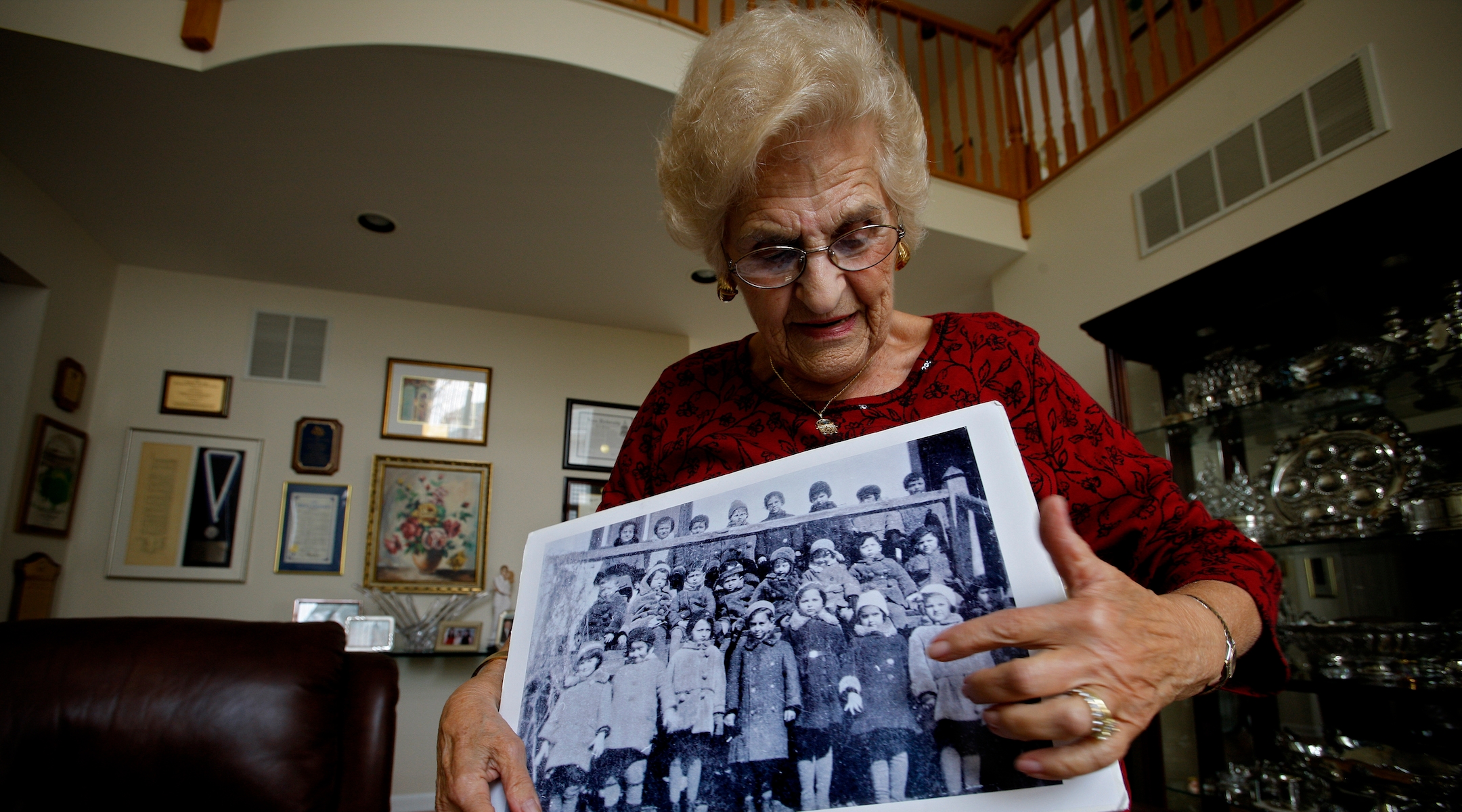 During the Holocaust, Kramer hid in an underground crawl space in Poland for nearly two years. Her diary from that time is held at the U.S. Holocaust Memorial Museum in Washington, D.C., and her memoir further recounts the harrowing experience. With a group of other survivors, she co-founded the Holocaust Resource Center at Kean University in New Jersey.

Victims of the Pittsburgh synagogue shooting 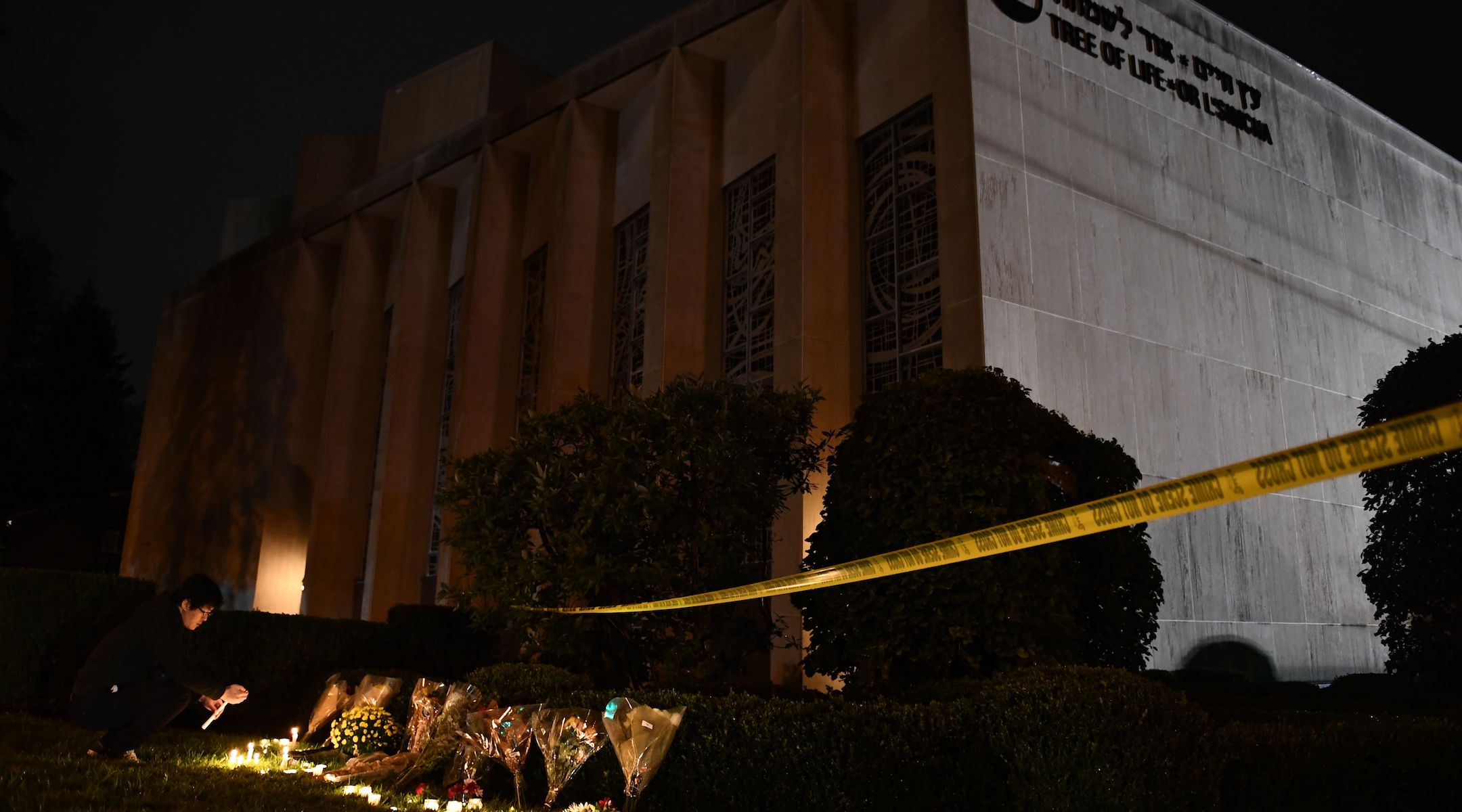 A man kneels to light a candle beneath a police cordon outside the Tree of Life Synagogue after a shooting there left 11 people dead in the Squirrel Hill neighborhood of Pittsburgh, Oct. 27, 2018. (Brendan Smialowski/AFP/Getty Images)

On Oct. 27, an anti-Semitic gunman entered the Tree of Life synagogue in Pittsburgh’s quiet Squirrel Hill neighborhood and killed 11 Jewish worshippers. It was the worst shooting in American Jewish history, and it reverberated around the country and the world, spurring heartwarming tributes and calls to take action against right-wing anti-Semitism.

Here are their names: