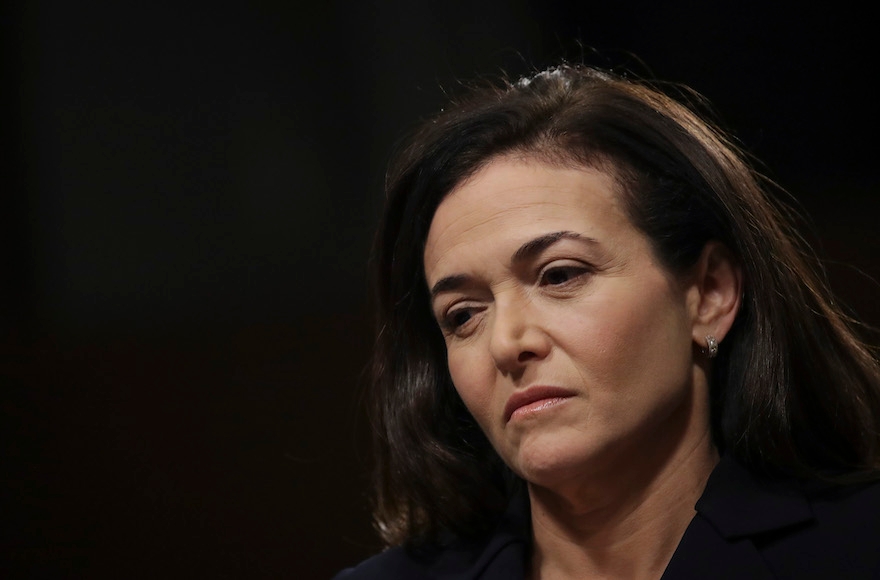 (JTA) — Sheryl Sandberg, the second in command at Facebook, instructed employees to look into George Soros’ financial interests after he criticized the social media giant at the World Economic Forum in January.

Sandberg, Facebook’s chief operating officer, made the request in an email in January, The New York Times reported Thursday.

Soros described Facebook and Google as a “menace” to society in a speech at the annual gathering of global politicians and economic leaders, calling for greater regulation of the massive tech companies.

Sandberg was interested in whether or not Soros stood to gain financially from publicly criticizing Facebook, The Times investigation claims. Facebook was under growing scrutiny for the role that its platform had played in disseminating Russian propaganda during the 2016 presidential election, among other forms of controversial information.

Facebook later commissioned an opposition research effort by Definers Public Affairs, a Republican-linked firm, which gathered and circulated to reporters public information about Soros’ funding of American advocacy groups critical of Facebook. Facebook fired Definers after the information was revealed in a previous Times report.

Soros has long been a controversial figure in Europe for using his fortune to fund liberal organizations, including ones that promote immigration to the continent as a challenge to conservative governments. Soros has called for increasing immigration quotas into Europe. Israeli Prime Minister Benjamin Netanyahu’s government is also among Soros’ most vocal critics.

More recently, Soros has come under attack in the U.S. by mainstream Republicans, such as Sen. Chuck Grassley of Iowa and Rep. Kevin McCarthy of California, for his extensive funding of liberal causes. Last month, a bomb was found in the mailbox of Soros’ New York home.

Separately, the head of a U.S. government agency apologized earlier this month for calling Soros a “multimillionaire Jew” and a “non-believing Jew of flexible morals.”

John Lansing, director of the U.S. Agency for Global Media, had made the remark in May in a segment by Radio Television Marti, a Spanish-language network that broadcasts news to Cuba to promote U.S. foreign policy interests.