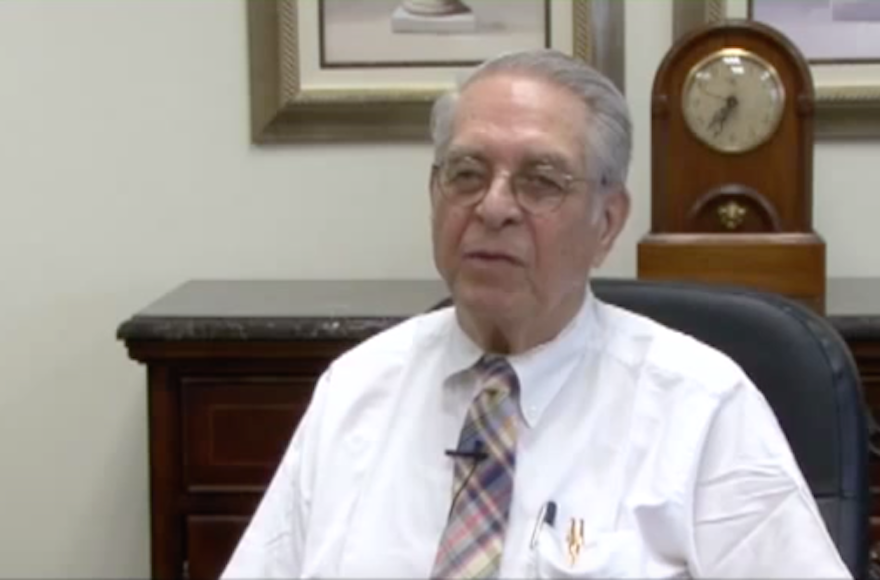 (JTA) — Sheldon Cohen, the Internal Revenue Service commissioner who computerized the tax agency in the 1960s, has died.

Cohen, who grew up in Washington, D.C., served as IRS commissioner under President Lyndon B. Johnson. He first worked with Johnson shortly after President John F. Kennedy’s assassination.

Cohen also helped Johnson with his business affairs following a phone call from his mentor, lawyer Abe Fortas, as Cohen was heading to Shabbat  services one Friday night, according to The Post. Cohen created a blind trust for a radio station owned by the president in order to avoid a conflict of interest. Fortas would later serve as a Supreme Court justice.

In 1964, Cohen started working at the IRS as chief counsel and a year later took over as commissioner. The IRS was starting to use computers to aid with processing tax returns, and Cohen helped the agency become fully computerized, according to The Post.

Cohen also was mired in controversy over the tax agency’s use of wiretapping in criminal cases.

He had worked previously at the IRS, in 1952, the year he graduated from the George Washington University law school.

Cohen, the son of a shopkeeper from Lithuania, was involved in the Jewish community, serving as an honorary life trustee of the American Jewish Historical Society.

Following his nomination to be IRS commissioner, he said that his two “pet charities” were Washington’s Jewish social service agency and Jewish community center.