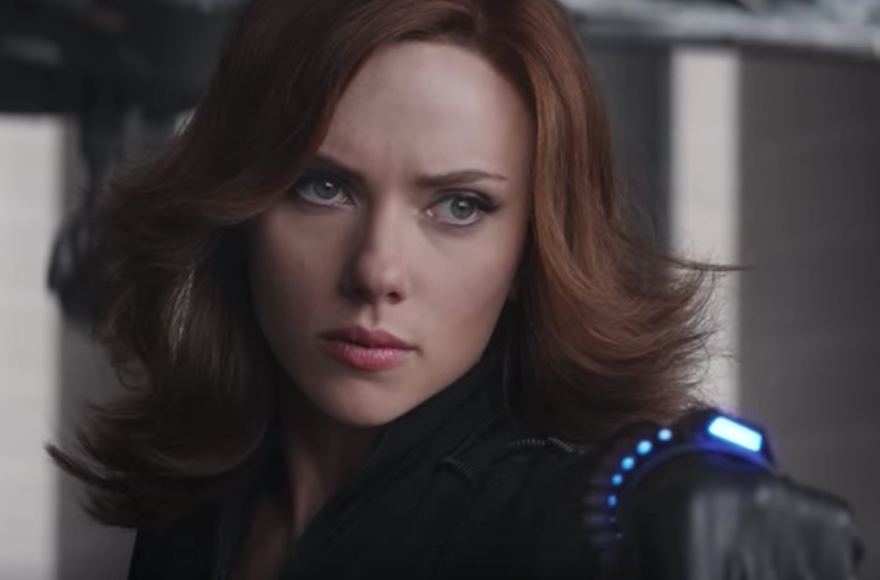 Scarlett Johansson as the Black Widow superhero. (Screenshot from YouTube)

(JTA) — Actress Scarlett Johansson has signed a deal to play Marvel superhero Black Widow in a standalone movie for $15 million.

Her paycheck will be equal to Chis Evans, who plays Captain America, and Chris Hemsworth, who plays Thor, both in their own standalone movies and in the Avengers series.

The deal was first reported by the Hollywood Reporter.  Marvel told the news website that it does not publicly disclose salaries or deal terms.

In the Marvel universe, the Romanoff character was trained as a young girl by the KGB, and her prowess as an expert assassin earned her the Black Widow moniker. She later defected from Russia to become a member of S.H.I.E.L.D., the Strategic Homeland Intervention, Enforcement and Logistics Division, a secret American espionage and counter-terrorism agency.

Johansson was the highest-paid actress of 2018, according to Forbes. She earned $40.5 million, before taxes, between June 2017 and this June, according to the report released in August. Johansson, who has a Jewish mother, did not make the Forbes list last year, but she ranked third in 2016. In the past year she has starred in films such as “Avengers: Infinity War” and the indie flick “Isle of Dogs.”

Johansson learned about her family’s tragic Holocaust history last year when she was featured on the PBS series “Finding your Roots.”