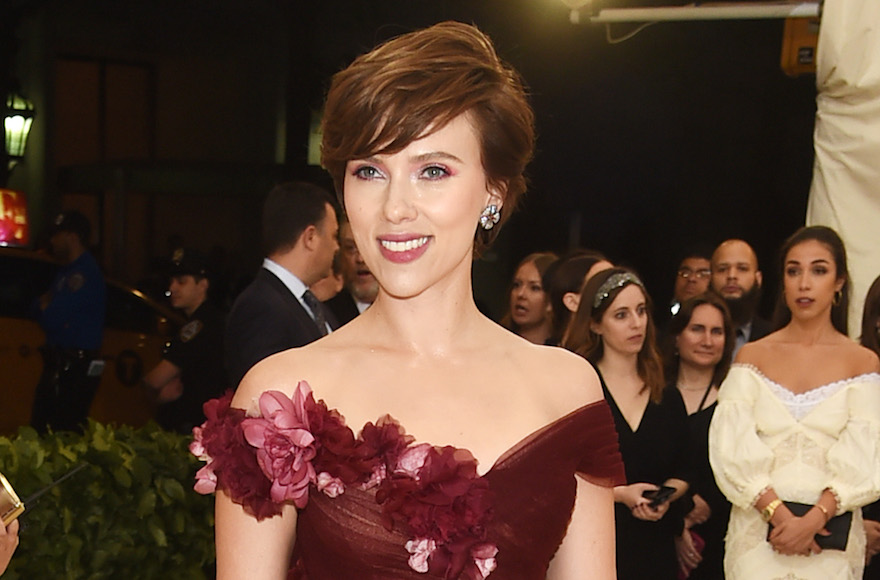 Scarlett Johansson attends the Costume Institute Gala at The Metropolitan Museum of Art on May 7, 2018 in New York City. (Jamie McCarthy/Getty Images)

(JTA) — Scarlett Johansson denied and condemned as sexist claims by a former Scientologist who said on television that she was “interviewed” to be  Tom Cruise’s date.

On Wednesday, Brendan Tighe said during an interview for NBC’s “Megyn Kelly Today” that while he was still a member of the Church of Scientology, he had seen correspondence between Cruise, a Hollywood star and practicing Scientologist, and his then-personal aide, Tommy Davis.

The correspondence, Tighe said, contained a report by Davis to Cruise suggesting that Johansson, a film star who is Jewish, was “interviewed” in connection with becoming Cruise’s romantic partner. The report said the interview “did not go well,” Tighe said.

“The very idea of any person auditioning to be in a relationship is so demeaning,” Johansson said in a statement to The Hollywood Reporter, which printed her reaction shortly after the TV interview with Tighe. “I refuse for anyone to spread the idea that I lack the integrity to choose my own relationships. Only a man aka Brendan Tighe would come up with a crazy story like that.”