Sarah Bloom Raskin is on Biden’s treasury secretary short list. Here’s what you need to know about her. 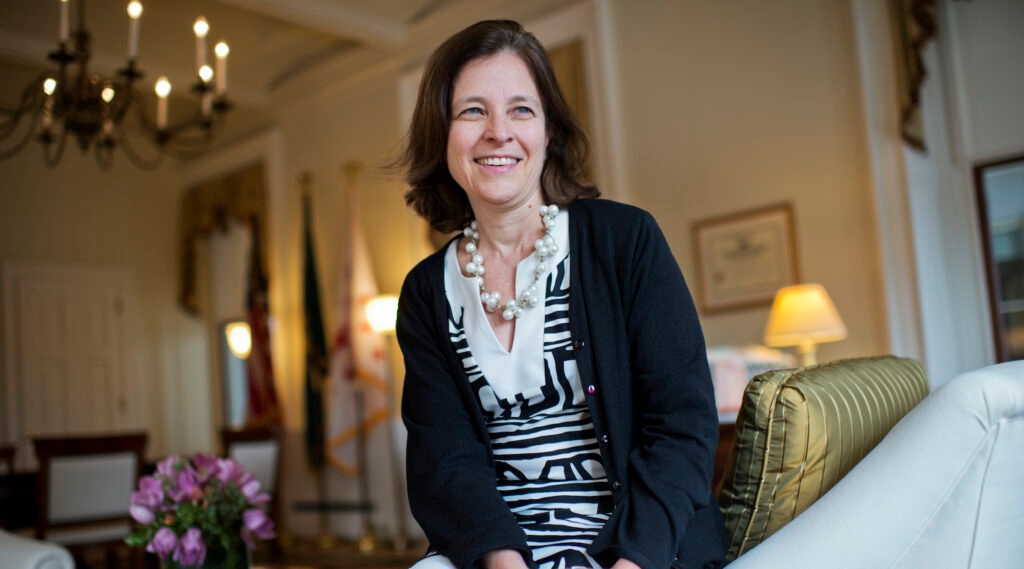 (JTA) — President-elect Joe Biden has made his pick for treasury secretary — but he won’t announce it until close to Thanksgiving next week.

That leaves a little more time to scrutinize the short lists that multiple outlets have reported on. Sarah Bloom Raskin, a deputy treasury secretary under President Obama, is on several of them. (The other Jewish woman on Biden’s list is Janet Yellen; read about her here.)

Biden said Thursday that his pick will be “accepted by all elements of the Democratic Party,” from the “progressive to the moderate coalitions.” Based on her policy slant, Raskin would appear to check multiple boxes.

Here’s what you need to know about her.

She is focused on oversight and consumer protection

Born Sarah Bloom to a Jewish family in Medford, Massachusetts, Raskin earned a bachelor’s from Amherst College and a degree from Harvard Law School. After moving to Maryland with her husband, House Rep. Jamie Raskin, she became the state’s commissioner of financial regulation. In 2010, Obama nominated her to the board of governors of the Federal Reserve, the central banking entity that runs the country’s monetary policy (along with Yellen).

In 2013, Obama named her deputy treasury secretary, the department’s second-highest role, under Secretary Jack Lew, himself an Orthodox Jew (and the highest ranking Orthodox Jew in history at the time).

A 2010 article in the Baltimore Sun says that Raskin’s focus on “the economy’s effect on everyday life” caught Obama’s attention. In her Maryland office, she earned a reputation for “strong oversight,” the chief executive of the Maryland Bankers Association told the newspaper.

As a member of the Fed, Raskin spoke about income inequality, the financial challenges for low- and middle-income people and what she deems problems in the mortgage industry.

She was the highest-ranking woman in the treasury department.

There has never been a female head of the treasury, but in her tenure in the department, Raskin was the highest-ranking woman ever. She would make more history if chosen by Biden.

But she wouldn’t be the first Jewish person in the post. That honor goes to Henry Morgenthau, Jr., the New Yorker who in the 1930s and 1940s was involved in creating President Franklin Roosevelt’s New Deal, in financing the country’s World War II efforts and in helping large numbers of Jewish refugees immigrate to the U.S. after the war.

The Raskins, who have three adult children, attend the Reform Temple Sinai in Washington, D.C. Jamie Raskin, a Democrat and former constitutional law professor representing Maryland’s 8th district, has been outspoken in talking about his Jewishness. For example, in 2018, he responded to a prompt from B’nai B’rith International on what it means to be Jewish, citing the famous Hillel quote “if not now, when?” and saying “our faith calls upon us to stand up for everybody who is being oppressed.” He once spoke to a Maryland synagogue about how serving in Congress is a “Jewish act.”

Raskin has also criticized the Trump administration’s rollbacks of Homeland Security programs targeting white supremacists. And after he signed on for a program last summer that brings young Israelis and Palestinians to Congress to intern, he was the first congressman to ask for one of each. “I’m a middle child and I’m always drawn to the efforts to bring people together,” he told the Jewish Telegraphic Agency.

What this choice could mean

Choosing Raskin would be Biden’s signal to the business and larger political worlds that he is focused on financial oversight. The president-elect has faced criticism from progressives — to whom he nodded in his statement Thursday about “all elements” of the Democratic Party — that he is too beholden to the big banks and financial interests. Biden has already begun meeting with financial lobbyists about “policy and regulation issues,” Reuters reports.