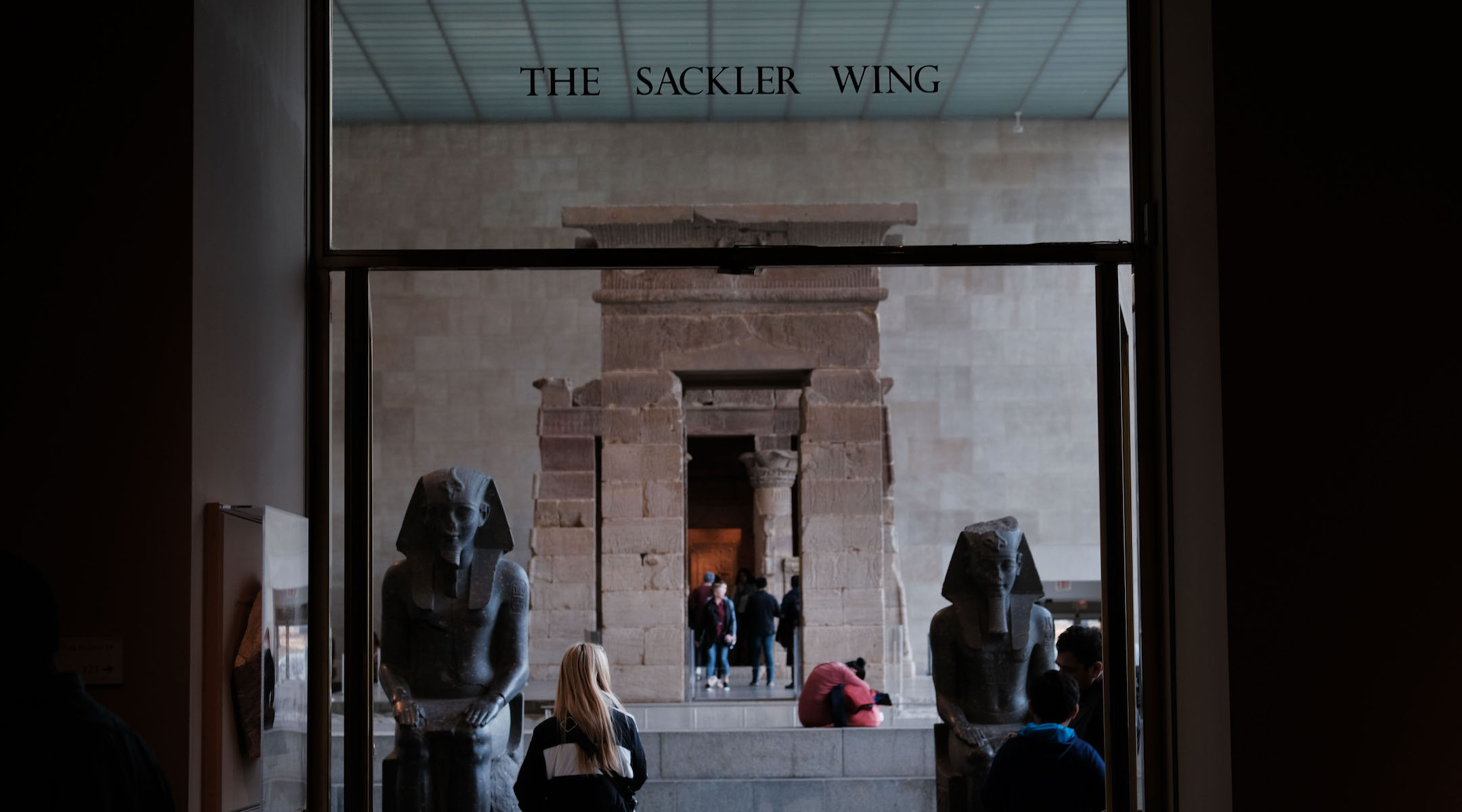 (JTA) — New York’s Metropolitan Museum of Art is removing the name of the Sackler family, whose pharmaceutical business was implicated in perpetuating the opioid epidemic, from seven galleries.

The Jewish family joined the iconic museum in announcing the decision Thursday.

“Our families have always strongly supported The Met, and we believe this to be in the best interest of the Museum and the important mission that it serves,” the descendants of the founders of the pharmaceutical giant, Purdue Pharma, said in a joint statement with the Met.

A number of beneficiaries, including museums, have cut ties with the Sackler name ever since Purdue was accused of fueling the opioid crisis with deceptive OxyContin marketing. The Metropolitan Museum announced two years ago that it would not accept new gifts from the family.

In the statement, the Metropolitan Museum praised the Sacklers as among “our most generous supporters” and said their gesture in allowing their name to come down was “gracious.” The Sackler Wing includes the Temple of Dendur, the recreated ancient Egyptian temple that is perhaps one of the museum’s most iconic exhibits.

Mortimer and Raymond Sackler, who studied medicine abroad in the 1930s because of quotas limiting Jews from attending U.S. universities, turned Purdue into a pharmaceutical empire. A deal with the U.S. government led the Sacklers to dissolve Purdue in September and to pledge billions of dollars to address the epidemic. The Sacklers themselves are absolved of personal liability for the epidemic.

The medical school of Tel Aviv University also bears the Sackler name; officials there have resisted calls to remove the name of the school’s benefactors.