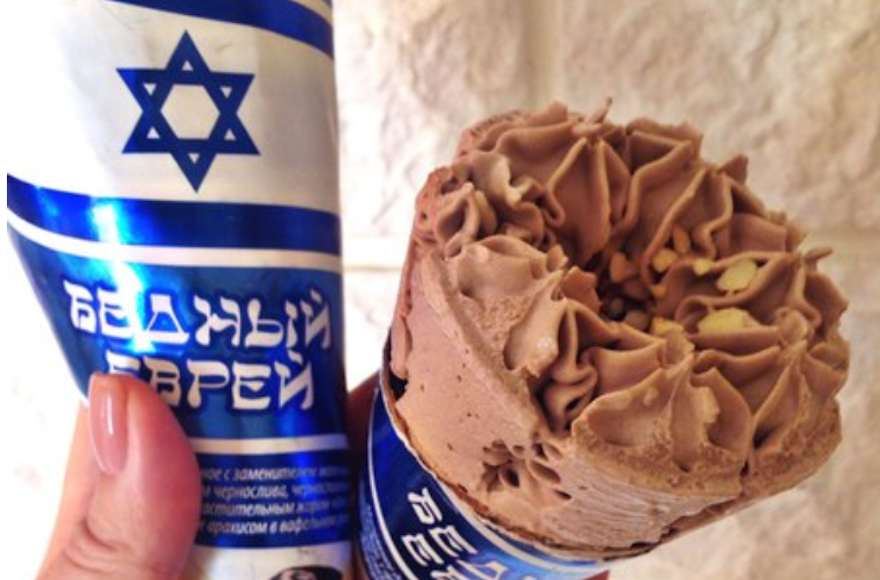 (JTA) — A court ordered an ice cream factory in Russia to change its “poor Jew” brand because it is offensive.

The Naberezhnye Chelny city court ruled against the Slavitsa company earlier this week, the news site Chelny-Biz reported Wednesday. The regional prosecutor, Alexander Evgrafov, had launched proceedings against the factory for discriminatory speech in March following protests by the local Jewish community.

The ice cream cone, announced in February by the factory, which is situated 600 miles east of Moscow, is wrapped in an image of Israel’s flag.

In court, Slavica’s lawyer recalled that the phrase “poor Jew” had been used in the past by other manufacturers and is widely known as the name of a local baked tart sold by the firm Karibe. The phrase also was used as the name of alcohol products produced by Taiga-Vostok. He also maintained it is a registered trademark belonging to Slavica and therefore is protected.

The prosecutor argued the phrase was not known well enough to justify its use in commerce and cited the offense it caused the Jewish community.

In March, Leonid Shteinberg, a leader of the Jewish community in Naberezhnye Chelny, called the name “racist” and demanded its production and sale be halted.

In a social media post announcing the ice cream’s launch on Feb. 28, the company described it as a “crusty horn” filled with chocolate- and prune-flavored ice cream and topped with peanuts.

“Trying all this tastiness, it turns out that he is not so ‘poor,’” the post said.

The Slavitsa company has been criticized previously for creating a chocolate ice cream named after then-President Barack Obama, which had a wrapper depicting an African boy, and for naming another ice cream with an ethnic slur for Ukrainians.