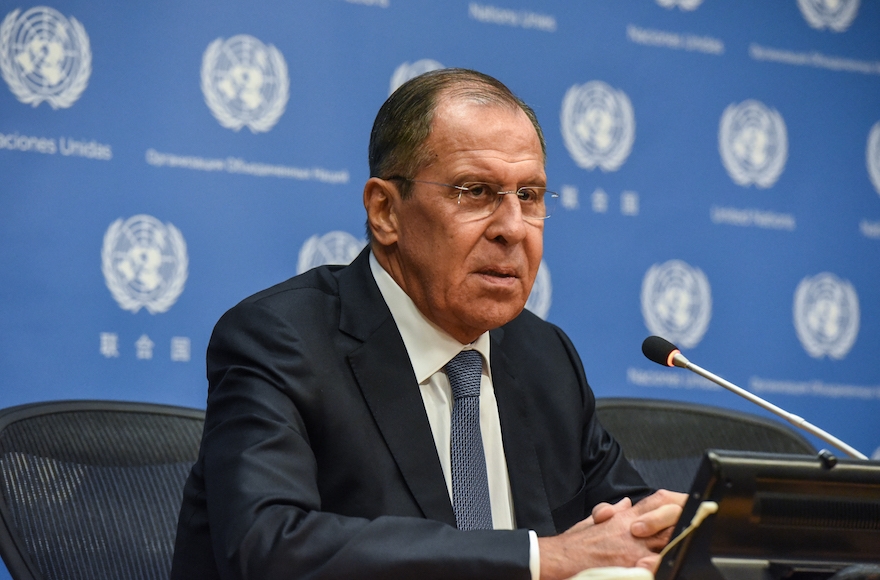 JERUSALEM (JTA) — Russia’s foreign minister said Wednesday that his country will not agree to recognize Israel’s sovereignty over the Golan Heights unless it is approved by the international community.

Sergey Lavrov was responding to the call by Prime Minister Benjamin Netanyahu of Israel to accept his nation’s presence on the Golan Heights, which Israel took from Syria in 1967 during the Six-Day War.

Netanyahu announced earlier in the week that he would meet soon with Putin.

Lavrov, appearing before reporters in Moscow, said that Russian President Vladimir Putin recognizes the importance of the Golan for Israel.

Relations between Israel and Russia have been strained since the accidental downing last month of a Russian surveillance plane by Syrian anti-aircraft fire in the area of an Israeli airstrike on a facility of the Syrian armed forces.  Fifteen Russian troops were killed in the incident, which Russia blames on Israel.

Russia accused the pilots of the Israeli F-16 fighter jets of using the Russian Ilyushin IL-20 airplane as a shield against the Syrian anti-missile system. In response, Russia said it would transfer to Syria its sophisticated S-300 missile air defense system.