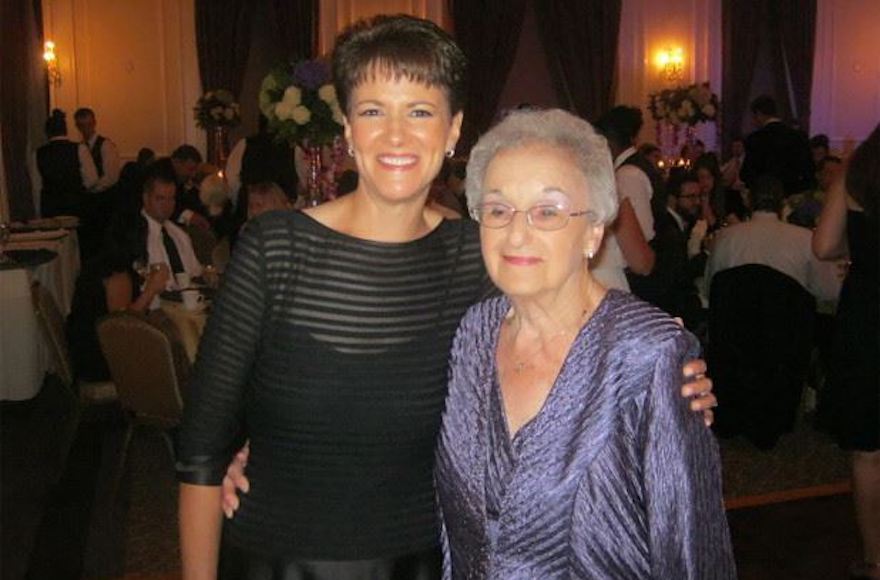 Rose Mallinger, right, was 97 when she was killed in the Tree of Life synagogue attack on Oct. 27, 2018. Her daughter Andrea Wedner, left, was wounded. (Katie Couric/Facebook)

(JTA) — Rose Mallinger, the oldest victim in the Pittsburgh synagogue shooting, was remembered Friday at her funeral as a loving and sharp-witted woman who was a fixture in the Jewish community.

Hundreds of mourners attended the service at the Rodef Shalom synagogue. Mallinger was the final of the 11 victims in the Oct. 27 attack at the Tree of Life Congregation to be laid to rest. She had been a member there for more than 60 years.

Pennsylvania Gov. Tom Wolf and Allegheny County Executive Rich Fitzgerald were among the many hundreds who attended Mallinger’s funeral.

“She retained her sharp wit, humor and intelligence until the very last day,” her family said in a statement. “She did everything she wanted to do in her life.”

Mallinger’s daughter, Andrea Wedner, 61, was wounded in the shooting.

“I’ve known Rose a long time, and it was always going to be that she was so vibrant and bright and sharp-witted that she would live past 100,” said Michelle Organist, who also knows Wedner. “You knew something was going to take her eventually, but it wasn’t going to be gun violence.”

Mallinger “was a pillar of the Jewish community,” her family said.

“The synagogue was the center of her very active life,” their statement read. “She was there every weekend, and the people of the congregation brought her great joy, as she brought to them.”

She is survived by three children, five grandchildren and one great-grandchild.

Robert Bowers, 46, is accused by police of gunning down the worshippers with a semi-automatic weapon and making threats against Jews. He has pleaded not guilty and is facing 44 charges, including 32 punishable by death.