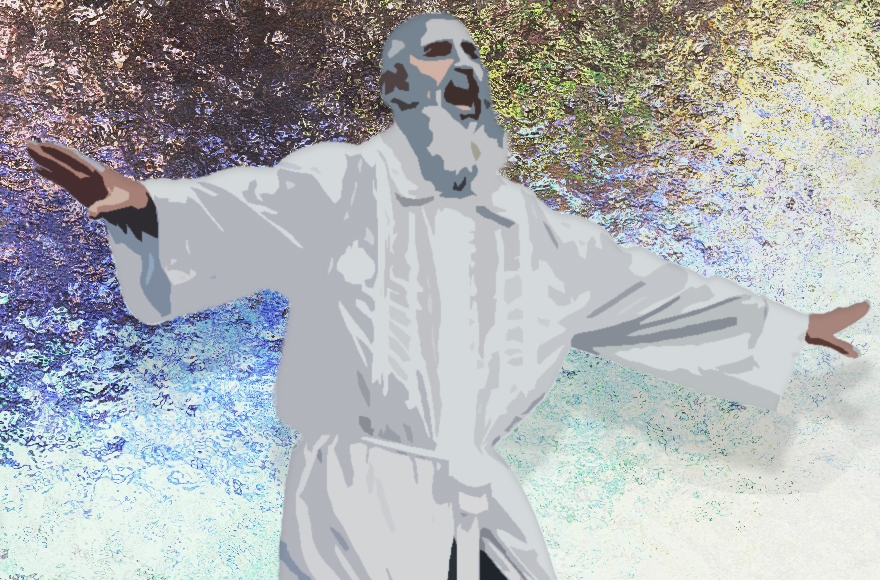 (JTA) — I have belonged to six synagogues as an adult, representing all the major denominations except, purely by chance, Reconstructionism. Perhaps that makes me sound fickle or wishy-washy, but all the congregations have something in common: They are either lay-led or, if not, have a rabbi who encourages congregants to lead the prayers, coordinate the study and take charge of the programming. None has a cantor. During services, no one calls out page numbers or tells us when to stand up or sit down; no one has to.

These sorts of bottom-up congregations are everything my childhood synagogue was not. Where I became a bar mitzvah, the rabbi took center stage and the cantor performed the prayers for a largely passive audience. When it was time to rise, the rabbi told us so with a grand sweep of his arms.

I don’t think I am a snob. What I am is a product of “The Jewish Catalog,” which even when I picked it up in the mid-1980s was already something of an artifact of the hippy-dippy ’70s, when it was published. Subtitled “A Do-It-Yourself Kit,” the book was a guide to doing Jewish without the piety or pomposity of the tomes that had come before it.

“The Jewish Catalog” combined an anti-authoritarian spirit with a strong dose of Jewish tradition. Its tone was liberal and egalitarian, with respect but not obeisance to the past. (It was published, after all, by the venerable Jewish Publication Society.) “The Jewish Catalog” had instructions on how to do everything from making a seder to crocheting a yarmulke to doing your own Hebrew calligraphy. Its target audience seemed to be young Jews like me who were put off by their childhood synagogues but wanted to make a Jewish home, and life, on their own terms. No other book was as important in helping me lead a Jewish life.

Richard Siegel, who conceived it as a master’s thesis at Brandeis University and co-edited the first of three volumes with Michael Strassfeld and Sharon Strassfeld, once laid out the goals of the “Catalog”: “Break up the synagogues. Bring the rabbis down from their pulpits,” he remembered in 2015. “Create new rituals that speak to the issues of the day, like Arthur Waskow’s Freedom Seder or celebrations of women’s experience, like simchat bat ceremonies. Create new ritual objects which reflect the aesthetic of hiddur mitzvah [beautify the commandments], like multi-colored tallesim or hand-calligraphed, egalitarian ketubot.

“And above all, empower the individual Jew to take the tradition into his or her own hands. The ’60s Jewish counterculture was the original Jewish DIY movement … whether building your own sukkah, baking your own hallah, or moving to Israel to build a new kibbutz.”

I read those remarks after I heard last week that Siegel had died, at age 70, following a struggle with cancer. Although he went on to do many important things in a long career as an educator of Jewish communal professionals and a champion of Jewish culture, it is astounding the degree to which his work as a young man helped anticipate and shape American Judaism as we now know it. The ethos he described has largely become the ethos of the American synagogue. No matter what denomination you belong to, we all subscribe to Catalogism.

The “Catalog” spoke for restive boomers. It turned their discontent with the prevalent forms of synagogue and organizational Judaism into something homegrown and individualistic — and was criticized at the time for exactly that. Marshall Sklare, writing in Commentary, complained that the book emphasized the “experiential” side of Jewish tradition, raising matters of “personal style, of taste, of aesthetic pleasure” over normative ritual and organized institutions.

Its supporters replied by saying, well, exactly: The “Catalog,” according to the Modern Orthodox philosopher Rabbi Irving “Yitz” Greenberg, was a response to a Jewish establishment that “is being swiftly flattened between the hammer of the open society and the anvil of vacuity.”

That debate — between, say, normativism and individualism — has never really gone away.

“The focus on individual autonomy and individual rights is anathema to the development of a strong Jewish community,” Norman Linzer, a professor of social work, complained in 1997. Clive Lawton, a Jewish educator in England, likes to point out that “While Israel ‘nationalized’ Jewish life, America ‘privatized’ it.”

Earlier this year, writing in JTA, Jack Wertheimer of the Jewish Theological Seminary warned against pandering to the millennials, whose culture “places a high value on individualism but disdains anything resembling ‘tribal’ allegiances.”

But the DIY spirit of the “Catalog” mostly won out. Most of its contributors (and plenty of its readers) have gone on to lead congregations and Jewish organizations. You see its DNA in various projects that aim to provide new “tools” for under-educated or under-“engaged” Jews, like the PJ Library of free Jewish books for young families; environmental organizations like Hazon and Urban Adamah; how-to resources like My Jewish Learning (a sister site of JTA) and G-dcast; and the comprehensive Jewish text library at Sefaria (motto: “building the future of Jewish learning in an open and participatory way“).

You see it especially in alternative, proudly nondenominational minyanim, or spiritual communities, like Ikar in Los Angeles and Hadar in New York. A coalition of six such minyanim,  the Jewish Emergent Network, describes its goals in language that could come straight out of the “Catalog”: “revitalizing the field of Jewish engagement, a commitment to approaches both traditionally rooted and creative, and a demonstrated success in attracting unaffiliated and disengaged Jews to a rich and meaningful Jewish practice.”

Mainstream denominations have made Catalogism their own. Leaders of Conservative Judaism have noted proudly that founders of the independent minyanim are products of their movement, even if they don’t affiliate as such. The havurah movement of lay-led Jewish fellowships — of which the “Catalog” was both a product and a catalyst — has been absorbed into synagogue life, and given its name to smaller circles of congregants who regularly gather in each others’ homes for meals and celebrations. The Chabad movement, which was an early adopter of the internet, offers online advice that owes some of its spirit — albeit not its strict adherence to Jewish law — to the “you can do it” philosophy of the “Catalog.”

In recent years, the mantle of “counterculture” has shifted to the Orthodox, whose booming, self-contained communities represent a successful critique of and alternative to the mainstream that the ’60s generation could only dream of. Ironically, the Orthodox counterculture values authority over democracy and hierarchy over egalitarianism. But they, too, are doing Judaism on their own terms, and even within a rigid social and Jewish legal structure there are glimpses of feminism, diversity and an appreciation for the “experiential.”