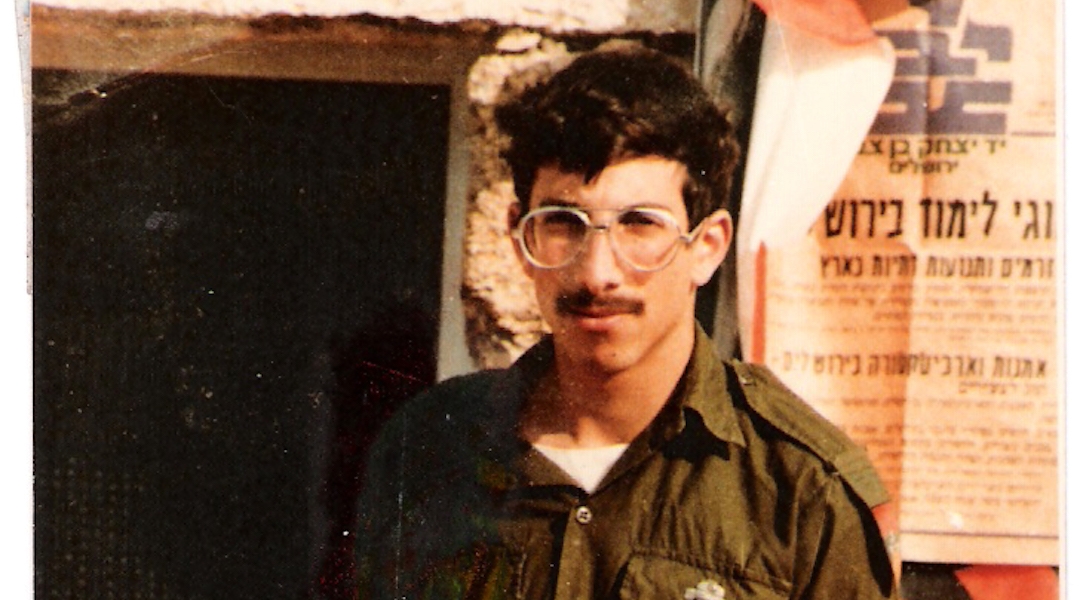 JERUSALEM (JTA) — The body of Israeli soldier Zachary Baumel, an immigrant from the United States who went missing in Lebanon some 37 years ago, was returned to Israel.

Baumel disappeared on June 10, 1982, in a battle at the beginning of the Lebanon War along with two other Israeli soldiers, Sgt. Yehuda Katz and Sgt. Tzvika Feldman. Feldman was in the same tank as Baumel when he was killed.

Israel has negotiated for the repatriation of their bodies for decades.

Baumel’s body was transferred to an El Al plane via an unnamed third country in an operation by Israeli intelligence agencies, according to the Israel Defense Forces. It was not repatriated as part of a deal with any other country.

Prime Minister Benjamin Netanyahu in a statement broadcast live in Israel said that in addition to recovering Baumel’s remains, his tzitzit — a ritual Jewish garment — and his tank jumpsuit also were recovered.

“He was considered missing for 37 years,” Netanyahu said. “For all those years, the State of Israel had invested immense resources to resolve the riddle of his fate.”

“The operation to bring Zachary Baumel back to Israel is a supreme expression of the mutual guarantee and the soldierly’ brotherhood that characterizes us as a people, an army and a state. It is the redemption of a moral debt to the fallen IDF soldiers and to their families,” he said.

The bodies of all three soldiers were believed to be held by Palestinian organizations in Syria. A tank from the Battle of Sultan Jacoub was returned to Israel from Russia in June 2016. The Israeli media reported that Russia was involved in the retrieval of the remains, though it was not officially confirmed.

Baumel’s remains were identified at the Forensic Medicine Institute in Abu Kabir with the involvement of the chief rabbi of the Israeli military, Rabbi Brig.-Gen. Eyal Karim, according to the IDF. The family was notified on Wednesday, the same day that the return was publicly announced. The families of Feldman and Katz also were informed of the development.

IDF spokesman Ronen Manlis said in a statement that two IDF chiefs of staff and the last two military intelligence heads were involved in the repatriation, as well as officials from military intelligence, research and operations, the Israel Security Agency and the Mossad.

“Every IDF commander, myself more than any other, carries on his shoulders a commitment to be concerned for every soldier who joins the army and who is sworn to the State of Israel,” the IDF chief of staff, Lt. Gen. Aviv Kochavi, said in a statement. “And the commitment extends to every family whose most precious asset is entrusted to our hands, and to Israeli society that places its sons in our trust.”

President Reuven Rivlin said in a statement: “On this difficult, moving and sad day, our thoughts are with the Baumel family, crying and hurting with them as they bring their son Zachary to eternal rest in our country, our land. I thank the IDF and the whole Israeli intelligence community for their commitment, bravery and action, day and night, to bring our soldiers and those who fell defending the country and the people, home. We will not cease until all our soldiers have returned home.”

Israeli ethicist Rabbi Yuval Cherlow, a tank commander during the Lebanon War who helped evacuate the wounded from the Battle of Sultan Jacoub, expressed gratitude for the repatriation of Baumel’s remains.

“Ever since that horrific battle at Sultan Yacoub, we always stressed that as long as there was even a faint possibility to bring our lost brothers home — whether alive or not — we had a moral and human responsibility to do so,” he said. “Bringing Zachary Baumel to his final resting place in Israel is the fulfillment of a national responsibility, both as a nation and to our soldiers. We offer our sincerest gratitude to all who were involved in this holy task and this is the ultimate display of commitment to our soldiers. We hope and pray that all the remaining missing will be returned home to their rightful places in the land of Israel.”

Baumel moved to Israel with his parents and siblings from Brooklyn in 1970. He attended a hesder yeshiva, which combines religious study with army service.

His father, Yona, died in May 2009 at the age of 81. He believed until his death that his son was still alive, and had met with numerous world leaders and interviewed hundreds of witnesses during his search for information about his son and the two soldiers who disappeared with him, according to reports.

The last postcard Zachary Baumel sent to his family before going missing in Lebanon read “Don’t worry, everything is OK, but it looks like I won’t be home for a while.”