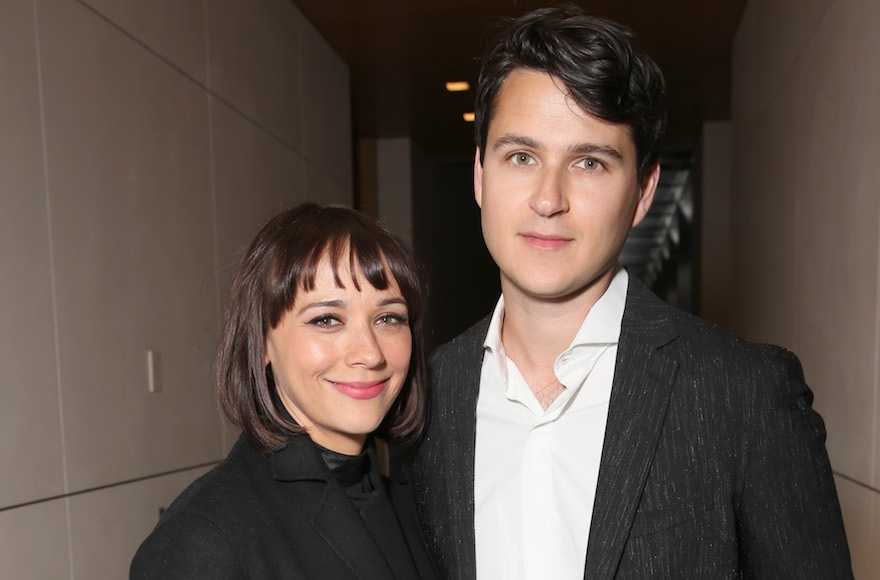 (JTA) — In the post-Lena Dunham and Jack Antonoff era, could this be the next Jewish “it” couple?

Us Weekly reported that actress and director Rashida Jones, known for her roles in “Parks and Recreation” and “The Office,” had a baby months ago with Ezra Koenig, singer of the New York indie rock band Vampire Weekend. The news is making headlines because Jones turned 42 in February.

But it’s notable, too, because although Jones and Koenig have been spotted together frequently since 2016, they have never confirmed their relationship. Now we have proof that this Jewish power couple is the real deal.

Jones, who now stars in her own show, the comedy “Angie Tribeca,” is the daughter of music legend Quincy Jones and Peggy Lipton, a Jewish actress and former model. They were married from 1974 to 1990.

Koenig was raised by two Jewish parents in suburban New Jersey before attending Columbia University and starting his band, which won a Grammy for best alternative album in 2014.

Both are multitalented creative types: Jones co-wrote the 2012 romantic comedy “Celeste and Jesse Forever” and directed a documentary about her father titled “Quincy” that was recently released on Netflix. Koenig has created an animated series on Netflix called “Neo Yokio” and hosts his own Apple Music radio talk show.