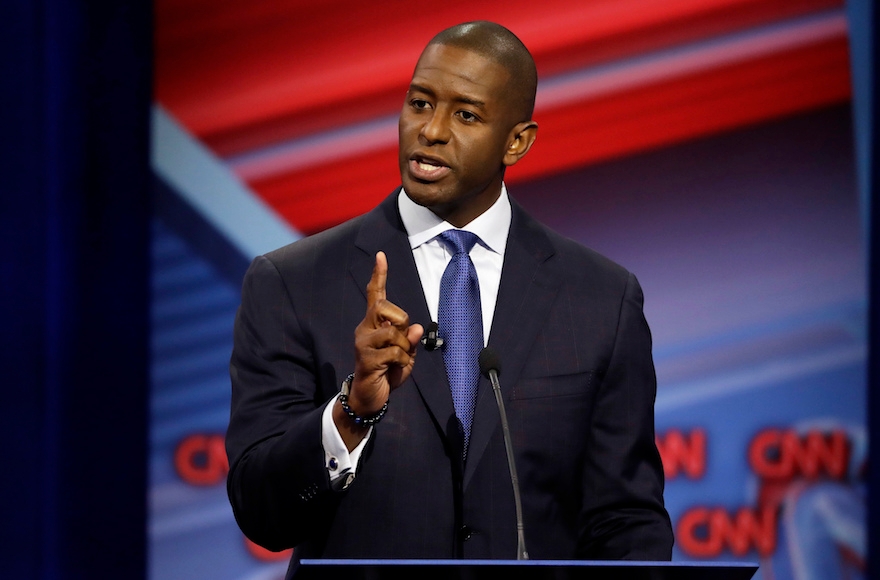 The call, which went out on Tuesday, refers to the African-American politician as a “negro” and features a monkey screeching. A voice impersonating Gillum, the Democrat mayor of Tallahassee, also claims that “all the Jews” will vote for Gillum because they want black people to rule over whites.

“It was the Jews who owned the slave trade and brought us negroes to America … and they the ones that been putting negroes in charge over the white folk, just like they done after the Civil War,” the voice says.

The group behind the call, The Road To Power, also was behind a similar call targeting Gillum in September. According to the Anti-Defamation League, the organization has produced racist and anti-Semitic robocalls across the country.

A spokesman for Gillum, who is running against Republican Ron DeSantis, denounced the call in a statement.

“These disgusting, abhorrent robocalls represent a continuation of the ugliest, most divisive campaign in Florida’s history,” Geoff Burgan said. “We would hope that these calls, and the dangerous people who are behind them, are not given any more attention than they already have been.”

RELATED:
Israel is a hot, if not always relevant, topic in Florida’s governor debate