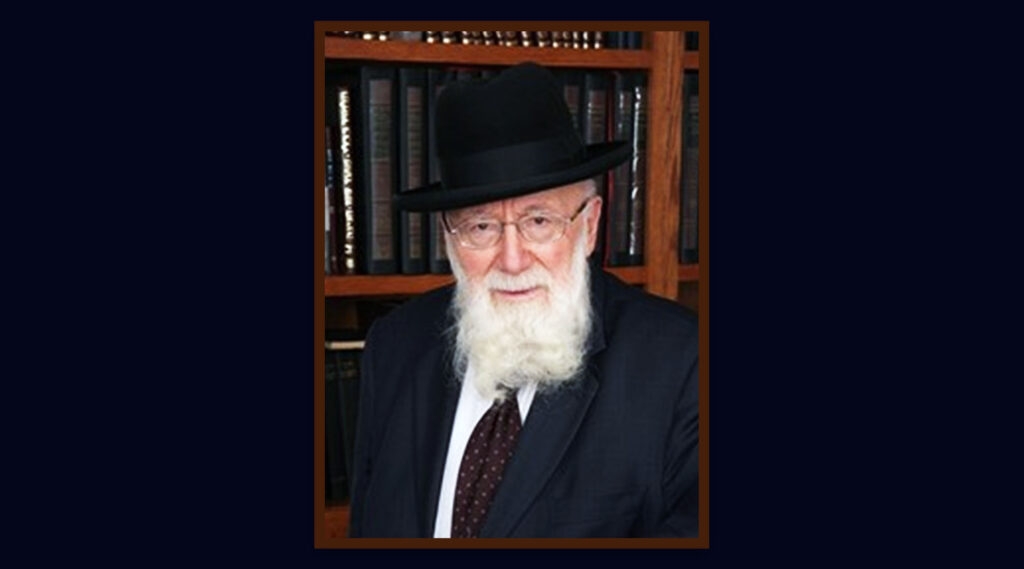 (JTA) — Rabbi Gedalia Dov Schwartz, a longtime judge in Orthodox rabbinical courts and a leading authority in Jewish law, died Thursday. He was 95.

Schwartz served as the lead judge for the Beth Din of America, one of the major Jewish courts in the United States, for nearly 30 years. He also led the court of the Chicago Rabbinical Council since moving there from Brooklyn in 1987. Prior to his post in Chicago, Schwartz led congregations in Providence, Rhode Island; Englishtown, New Jersey; Philadelphia and Brooklyn.

”We attempt to arbitrate,” Schwartz said. ”We don’t throw the book at anybody.”

At times, Schwartz was drawn into controversies through his work overseeing conversions to Judaism. In 2016, Israel’s Chief Rabbinate rejected four conversions approved by Schwartz at the Beth Din of America, making those converts ineligible to marry in Israel. In a statement issued at the time, the Rabbinical Council of America decried the rejection.

“This decision by the Chief Rabbinate is especially egregious because it challenges the rulings of one of the preeminent [halakhic] authorities, Rabbi Gedalia Dov Schwartz, and because it disregards the great efforts that we have made over the years, for the benefit of converts, to work with the Chief Rabbinate,” the group said, according to Haaretz.